He is clearly the most important theologian in the history of United States.

Of all things, what James Cone did was to remind us that God takes sides and God is always on the side of the poor and the weak in society. For theology to be worthy of its existence, or better said, to actually be theology, it has to speak with and on behalf of the poor, those economically and racially marginalized in society.

The early days of liberation theology in the Americas is fascinating. It was James Cone from US, Rubem Alves from Brazil and Gustavo Gutierrez from Peru who were coming from different contexts and troubled situation that started to think anew, bringing something that would shake the whole world of theology: liberation theology.

None of them would accept the label of having started liberation theology by their own since they were steeped in community, caring and learning from a community they loved. With them, we learn that theology is not and can never be an individual event, something that comes out of one’s brilliant mind and done in an ivory tower but rather, a collective endeavor made by and with those who are suffering.

Gustavo Gutierrez writes the first draft of liberation theology called “Towards a Theology of Liberation” and presents it at the Second Meeting of Priests and Laity in Chimbote, Peru in 1968. His book was published only in 1973. Rubem Alves published “A Theology of Human Hope” in United States in 1969. In fact, the title of the book was supposed to be “theology of liberation” but the editor asked him what that title meant and said nobody would by it. It was the time of when Jurgen Moltmann’s theology of hope was popular and that is how alve’s book title got the new name. Cone’s “Black Theology and Black Power” was published in 1969.

While these three authors were creating something new, in a very dangerous time, it was James Cone who had to fight the bigger battle. Gustavo Gutierrez and Rubem Alves did not have to go through the systemic and evil structures of racism, grounded in slavery, segregation and destitution of black people in United States. Cone had a much bigger battle to fight since he had neither an institution nor a church to support him. He had to find a way literally out of no way. His battle was against the mainstream of the vicious white supremacy where a black person would never be considered a full-fledged theologian. Professor Stephen Ray is right to say that James Cone was the father not only of black liberation theology but liberation theology. In this assertion, he is trying to make us aware of the “long history of intellectual and theological projects by Black people being assessed as wholly self-referential; meaning they have no consequence or value, beyond provocation, a little to say that is meaningful about humanity or God, per se.”[1]

And it was expansiveness of the black culture that deeply influenced Cone. It was the black panthers, the black power movement and the spirituals and the blues that gave him a new way of being and so he could find his own voice, a voiced buried in a sea of colonial erasure. What these movements did was to create a new way of being by restoring what was stolen, erased and denied: the dignity of black people. In this way, Cone’s gift with his whole ouvre, was to help us see what we were and that we could become. The poor in God’s theology was always a people filled with dignity and glory, a people who were created for a life in fullness and not one for slavery and misery. In that way, his black liberation theology was one aspect of a much larger liberation project that was aimed to embrace all of the poor and vulnerable of the world.

For he was one of those marginalized in society. From his people, he could speak as one who suffered the long range and rage of US historical attempt to disintegrate, destroy and make black people disappear. He had to fight the coloniality of white supremacy in all its power dynamics from the official powers of US democracy to the daily aggressions black folks had to endure in his home town, Fordyce, Arkansas. The battle was one described by Franz Fanon, where hatred and self-denial the daily bread of the system and self-confidence a quotidian hard battle to gain and to keep.

Because of his profound commitment to the poor, when the gospel of Luke 4: 18 was read at the worship service at Union Seminary to mourn his death and celebrate his life, I cried. Within me I asked: who is now going to remind us of the poor and the vulnerable at every corner of our lives? We all have big agendas and the poor is just one of our many issues. Not for Cone. For him the poor was at the center of the gospel and consequently at the center of his theology. I wonder who is left to remind us of the poor?

At the same worship service, Prof. Gary Dorien told us a story about him and Cone being in a panel together. Somebody from the audience asked them to say something more constructive and Cone said something like: “we have the gospel. That is the good news and the good news for the poor.” During worship, I was wondering if there was any other theologian in the horizon of the United States who does theology fundamentally based on God’s option for the poor. I couldn’t remember any.

We continued the service and for the prayers of the people, we were reminded of somewords from our brother Martin Luther King Jr.:

“I know you are asking today, “How long will it take?” Somebody’s asking, “How long will prejudice blind the visions of men, darken their understanding, and drive bright-eyed wisdom from her sacred throne?”

Somebody’s asking, “When will the radiant star of hope be plunged against the nocturnal bosom of this lonely night, plucked from weary souls with chains of fear and the manacles of death? How long will justice be crucified, and truth bear it?”

I come to say to you this afternoon, however difficult the moment, however frustrating the hour, it will not be long, because “truth crushed to earth will rise again.”

How long? Not long, because “no lie can live forever.”

How long? Not long, because “you shall reap what you sow.”

How long? Not long.”

Said I Wasn’t Gonna Tell Nobodyis the title of Prof. Cone’s last and upcoming book. The title comes from a Spiritual song filled with joy and glory. I changed some of the words:

Said I wasn’t gonna tell nobody

But I (couldn’t keep it to myself)

What the Lord has done for us through James Cone

You oughta been there

You oughta been there

What the Lord has done for us through James Cone

Alleluia! Our song today is also a song of joy!

[1]Note from a personal conversation.

Pics from his funeral service at Riverside Church: 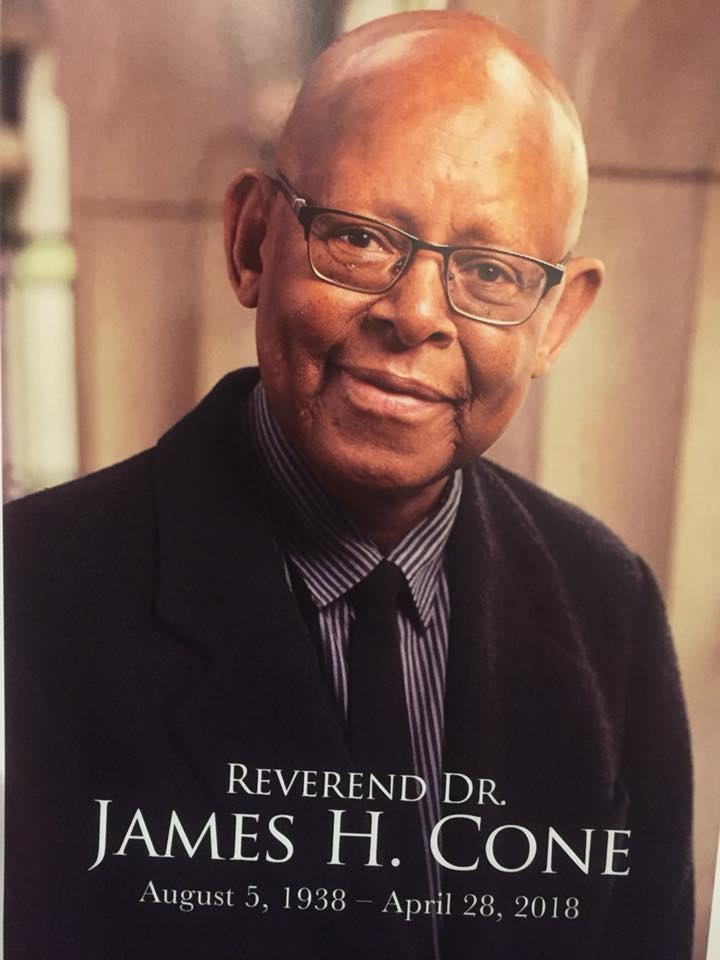 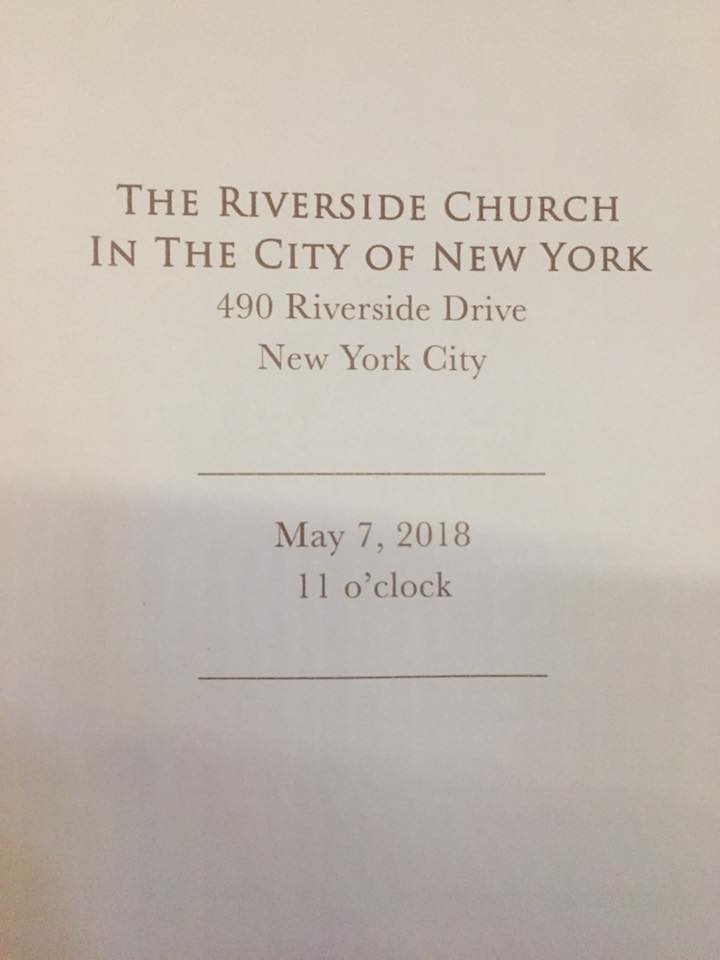 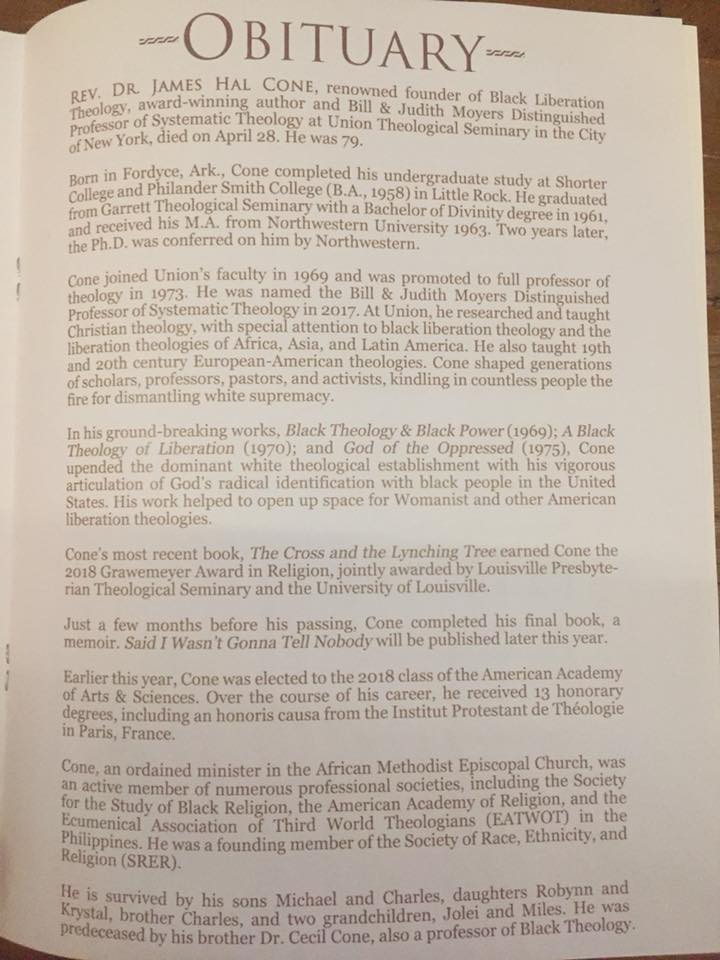 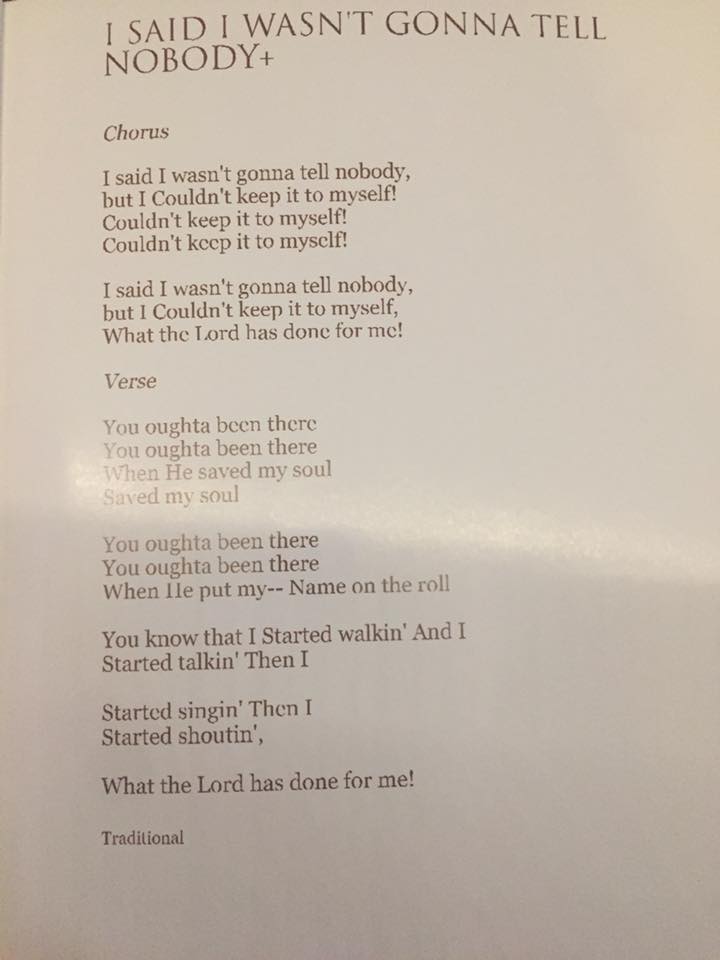 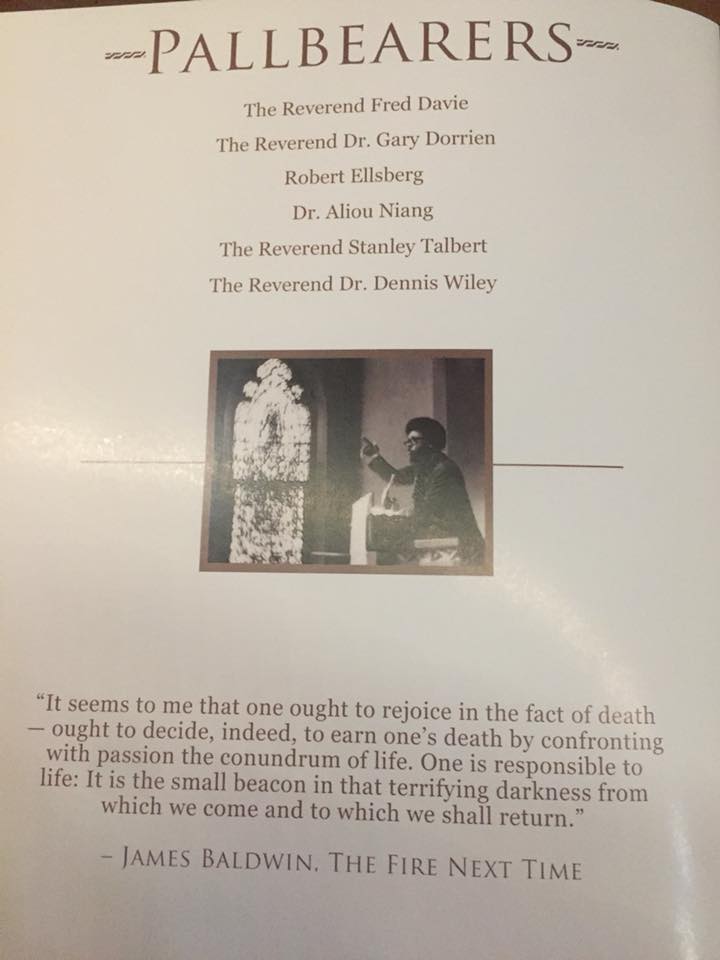