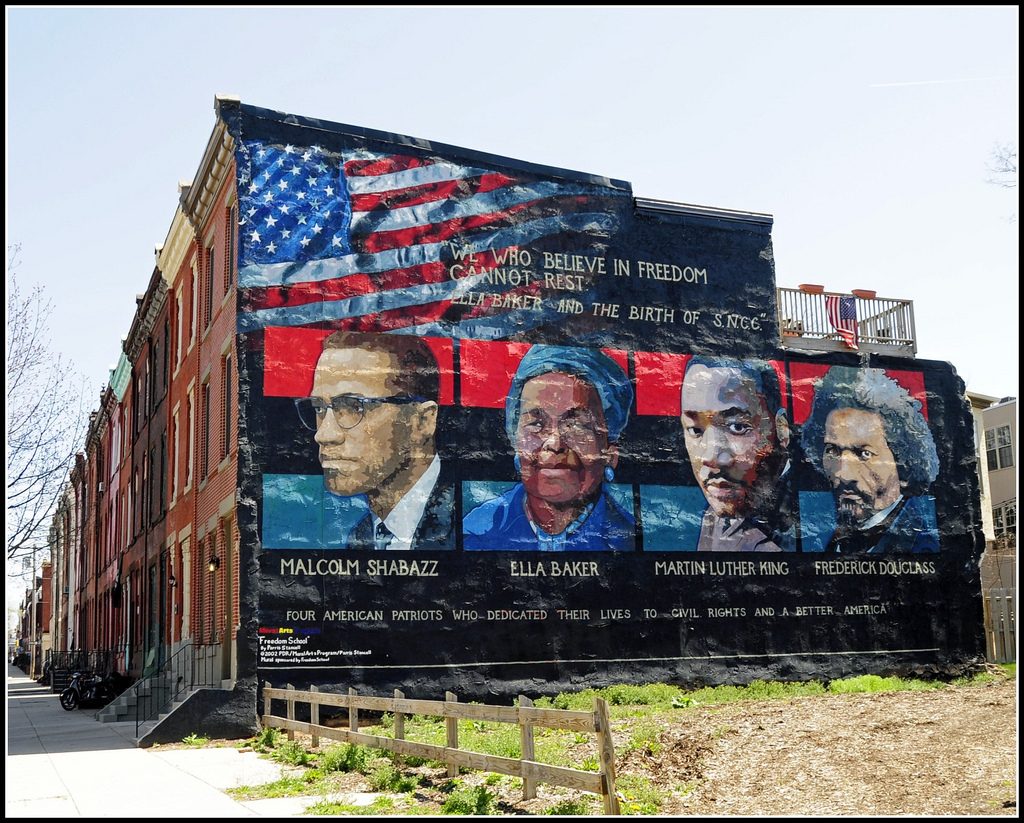 We who believe in freedom cannot rest

We who believe in freedom cannot rest until it comes. (1)

We have had a month of intense events in the US. The killings of Black precious people, this time, Philando Castile and Alton Sterling, came to the news again, as if these killings don’t happen daily, and put the country, again, into a time of shock, a surprise to some, a confirmation to others. Also, the Republican Convention last week showed the terrifying promises of a worldview that can be very dangerous not only to the US but to the world and how this country is divided. For those who cannot condone any kind of support to a proto-fascist candidate for president, concerns, fears and anxieties went through the roof! How can we think about education and classroom in times of shock such as these? How can we not?

Classrooms are (re)sounding boards of what is going on in society. These shocks are also lived within our classrooms. Those who go about the syllabus and daily tasks without pondering what is happening in our society reflect either a profound lack of attention, deep fear or immense privilege. The contextual education we support must show signs of the events of our common life. The idea of contextual pedagogy is not only what pertains to what happens locally, but also to what happens with other people and places as well. Thus, there is no way that any classroom in this country should be able to afford not speaking in these days by talking critically about the killings of black young people in US and the ongoing presidential campaign. (2)

This larger situation demands the teacher to be tuned not only to the events of our world, but also to how different perspectives are dealing and explaining it. It is a huge ideological task since the teacher is already pressed to deal with the material at hand for the class and her own existential and emotional challenges. For majority culture, the task is immense, but for minorities, the burden of experience and of critical theory is far greater, and to deal effectively with both of these events can be very difficult.

One thing that we need to pay attention is about a whole breath of feelings and emotions widespread across the country: fears, anxieties, anger, loss, pessimism, confusion, feeling unprotected, contention, denial, extra care, shrinking of worldviews, enmity, hatred, bitterness and so on. All of these feelings percolate in unquantified social levels with repercussions everywhere, personally and socially, direct and indirect, in expected and in surprising places.

These emotions create a way of feeling-being that can undermine our capacity to think critically. These emotions also have the danger of diminishing our capacity to perceive other perspectives and rarefy the possibilities to create conditions to find wise ways to see, judge, act and react, while being able to keep the horizons of our vision open with the constant ability to dream and work for a better life.

Thus, it this one thing that we need to pay attention in our teaching these days: the circularity of feelings present in our society and in our classrooms. Emotions both easily seen in our interactions and emotions that hide under the radar, reactions that we cannot see or point to in order to deal with it. Feelings that can only be perceived through other forms of criticism, reactions to other commentaries, or in emails and comments outside of the class.

The idea here is not to say that we have to be able to manage it all but rather, that we must try to be aware that the ability of many students to engage, the development of the course’s tasks and even the spirit of our classrooms are all a result of a variety of emotions that often extends beyond our scope, are vividly present in our society, and deeply alter the personal lives of our students. The awareness of a variety of emotions and feelings in so many other places can help us deal better with the reasoning of certain issues in class.

To pay attention to this circularity of emotions also says that we have to challenge a certain positivist notion of education where the teacher poses himself not only as a holder of the scientific view of the field, but also as a warrantor of a proper reasoning. Such a teacher is also the protector of this knowledge as not to let any emotions to deviate or skew the proper sense of the thinking that needs to be done in the classroom. This Cartesian positivist way of approaching pedagogy replaces purity of knowledge with an impossible sense of distance between the educator, the object of his teaching and his students. Moreover, it falsifies proper thinking with a hopeful perception that the teacher is not a part of the issues, the data, the very object he is studying, i.e., black lives matter is for black people. Theory, worldviews, feelings, social and class locations and experience are all intertwined in the so-called proper way of thinking and teaching. However broad and composite our identity, our lives are part of much broader networks and patterns and communities.

Some sort of apocalypticism or catastrophism may be tempting, but in the middle of this shocking time, we must not exclude the classroom from our intention and engagement. In fact, we have nowhere better to go. This current shock is nothing but a heightened sense of a historical shock that has been going on in this land since the arrival of the conquistadores and continues with the ongoing killings of Blacks, Latinxs, Natives, women and the most vulnerable, especially in matters of gender and sexual identities. While Blacks have been killed everywhere, Blacks and Latinxs put in jail, immigrants demonized, women under the authority of men, and Native Americans placed into an almost official program of oblivion, we have to still show up for class and continue to create conditions for our students to think critically, to see themselves, to perceive the ideology of our times, to have a larger sense of their humanity, and to dream a just world. How can we do that?

Our teachings must propose a new circularity of emotions. Our pedagogies must deal with the objective aspects of our reality, but also to be aware of the feelings and emotions that go on in the country right now. This is the only way to produce forms to respond to our current situation. Our pedagogies will always be judged by the sharp realities of our cultural moment, realities that no syllabus will be able to fully anticipate or deal with. In reality, as teachers, we don’t have a choice. Our shocking realities are what we have and this has been so well known by minorities and poor communities for centuries. But we ain’t gonna turn around! Not now! Not tomorrow, or ever! We can be bearers of wisdom, courage, and strength! We will keep singing “Ella’s Song,” with Sweet Honey in the Rock: We who believe in freedom cannot rest. We will continue to sing/search for the most beautiful, expansive thinking/feelings for our times.

We are building up a new world …

Builders must be strong.

Courage, people, don’t get weary, though the way be long.

My fellow teachers, let’s sing! It is time to sing!

(2) A wonderful discussion of the current events can be 1) the demands of the Black Lives Matter and the speech of Donald Trump at the Republican Convention: