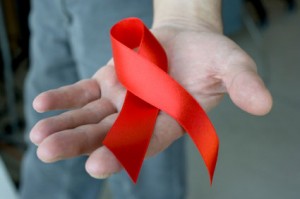 World AIDS Day 2010 continues the focus on Universal Access and human rights begun in 2009. As Christians, World AIDS Day provides us with precious moments to reflect on HIV and our belief that all people are created in God’s image. While we work to promote and protect the human rights of people living with or affected by HIV, or those who are vulnerable to infection, we must also recognize and take action on the spiritual dimension that calls us to work for justice and treat all as our sisters and brothers.

This year’s worship service focuses specifically upon the importance of linking HIV and food issues as part of efforts to achieve Universal Access and human rights. While access to medicines is vital for all, access to food, water and other basic rights are also essential for life as God intended it. Indeed, as the worship service demonstrates, one right cannot be fully achieved without the other, leading to a call for more comprehensive and integrated approaches to both addressing HIV and stemming hunger.

Credits: This liturgy was written by the Rev. Nicole Ashwood, unless otherwise indicated. Thanks also go to Joshua Jayaseelan, Veikko Munyika, Karen Plater and Erlinda Senturias for their input.

Scripture quotations are from the New Revised Standard Version Bible, © 1989 by the Division of Christian Education of the National Council of Churches of Christ in the USA and are used by permission. All rights reserved.

Universal Access and Human Rights: “Medicines alone are not enough”

Reading[ii]: The linkages between HIV and Food

The reading is followed by the jingle of bells, finger cymbals or a hand gong and the dimming of lights to signify the devastating effect that AIDS has had on us all.

Lead either by one liturgist or by several voices in the room.

During the representation of this story, a basket of bread/fruits may be passed around the room for all to partake, so that they may have ‘food for thought’ to accompany them.

Affirmation: A call to community action and advocacy[vii]

Preceded by the playing of Bob Marley’s “Could you be loved”. Specific prayers for people or projects known to the local community can be said.

Bob Marley’s “Could you be loved” is played again during the collection that is dedicated to a specific project addressing nutrition and health needs.

As the congregation leaves, they can be invited to read and sign the EAA’s letter calling on world leaders to do more to link food and HIV as part of their efforts to meeting the Millennium Development Goads and the HIV Universal Access goals (see below). The letter should then be sent to your head of state or other government officials responsible for HIV and/or food issues in your country.

Greetings from the ecumenical community that believes that every human being is made in the image of the Creator and therefore has dignity and worth, which demand that certain basic needs are met. Today we are writing to urge you to ensure that international commitments to address both hunger and HIV are met.

The number of people living with HIV is now an estimated 33.4 million globally. Although the epidemic is stabilizing, this is at an extremely high level. People living with HIV are among the most vulnerable in developing countries, many living in extreme poverty, lacking appropriate nutrition and livelihood options. Rising global food prices are further increasing the vulnerability of impoverished people and communities, and further reducing their ability to cope with and recover from external shocks such as environmental changes and armed conflict.

In our global village, almost one billion people are denied their basic human right to adequate food. Good nutrition is required for all people, however, for people living with HIV, this is even more important. In the developing world in particular, diet can be poor and often malnutrition is already an issue. The presence of HIV can exacerbate this situation, reducing the capacity of people and communities to feed themselves. On the other hand, it is well established that access to adequate food and nutrition can substantially mitigate the impacts of HIV and AIDS. To date, however, limited progress has been made in integrating nutrition and food security interventions into HIV programs and policies. A key reason for this is the lack of political will.

Governments committed themselves in the Millennium Declaration to end hunger and poverty (Millennium Development Goal 1) and to combat HIV and AIDS (MDG 6). By 2015, hunger should be halved and the spread of HIV should be halted. Yet these goals are far from being reached, as is the UN target of 0.7% of gross national income for official development assistance.

The international community also recognized the importance of nutrition in HIV prevention and care when, in June 2006, the Declaration of Commitment by the United Nations General Assembly Special Session (UNGASS) on HIV/AIDS, stated that: “all people, at all times, will have access to sufficient, safe, and nutritious food to meet their dietary needs and food preferences for an active and healthy life, as part of a comprehensive response to HIV/AIDS” (Article 28). This commitment is an important component of governments’ pledge to achieve universal access to HIV prevention, treatment, care and support by 2010. But this target too is far from being reached.

At the 2011 UNGASS review in June, governments will meet in New York to review the implementation of these commitments. Over the coming years, they will also continue to review progress towards meeting the MDGs by 2015. Ahead of these review meetings, it is vital that each state demonstrates real political will to the integration of nutrition and HIV by:

Thank you in advance for your life-saving action.

[i] ‘Brother, sister, let me serve you’ is written by Richard Gillard (b. 1935) and is published in Hymns Old & New, Complete Anglican, 2000. For the text, see http://www.billysloan.co.uk/songs/brother_sister_let_me_serve_you.html accessed on 18 October 2010.

[ii] Extract from the EAA’s advocacy one-pager “HIV and Food: Medicines alone are not enough”, published online at www.e-alliance.ch/en/s/food/food-and-hiv/ and accessed on 13 October 2010.

[iv] Taken from liturgy developed for and used at the LWF Stuttgart Assembly 2010.

[vii] Adapted from a meditation by Dorothy Day, published online by the Christian Reformed World Relief Committee in “A Place at the Table”, and accessed on 13 October 2010 at: www.crwrc.org/site_uploads/uploads/crwrc/resources/crwrc_APlaceAtTheTable.pdf.

[viii] Adapted from prayers published in Dear Life, Praying through the year with Christian Aid, by Janet Morley, Hannah Ward and Jennifer Wild (Christian Aid, 1998) and prayer included in the liturgy developed for and used at the LWF Stuttgart Assembly 2010.