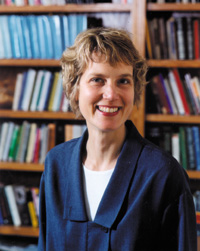 A Rich Feast for All Peoples

This World Communion service is a collaborative effort of the Theologies of the Global South class; and this sermon comes out of the reflections of a roundtable pulpit group within that class: Clancy Cherry, Bill Holmes, Keatan King, Rick Newell, Beth Van Sickle, and Lee Young. I’m grateful to the whole class for their work on this service. So far this semester in Theologies of the Global South we’ve mostly been studying the theology of Latin America, and so Latin America has provided the context for our thinking about World Communion and this text from Isaiah 25.

The lectionary loves vv. 6-9 of this passage, the part about the rich feast God will make for all peoples. But most of the time the lectionary leaves out vv. 1-5, which praise God for protecting the poor and turning the cities of their oppressors into a heap. I guess the lectionary’s choices are not surprising. Feasting together is one thing. That will preach. God’s option for the poor is another. That’s dangerous stuff. But we can’t really understand the word this passage brings to us about communion with our sisters and brothers in Latin America unless we can put these two pieces of the text together.

Vv. 1-5 of our passage praise God for the downfall of the ruthless nations of Isaiah’s time, Assyria, Babylon, and Egypt. God has reduced their fortified cities to a heap. Their gated communities and executive suites, their country clubs and corporate offices have become a ruin that will never be rebuilt. The ruthless nations of the world had blasted the poor like a winter rainstorm; they had scorched the needy like a fierce desert wind. But Isaiah proclaims that God is a refuge to the poor, a refuge to the needy in their distress. God shelters the poor from the rainstorm of superpower arrogance; God shades them from the deadly heat of economic and political oppression. And so the people of God rise up in thanksgiving and praise for the wonderful things God has done.

Do we dare to join this praise chorus? Most of us here this morning are citizens of one of the ruthless nations of our own day. Our nation’s political and economies policies have been like a winter rainstorm and a scorching desert wind to the poor of the world, including those in Latin America. Can we join in giving thanks for the downfall of superpower arrogance? I don’t know about you, but these verses from Isaiah cause me to tremble.

Yet v. 3 says, “Therefore strong peoples will glorify you; cities of ruthless nations will fear you.” Even the strong and ruthless peoples are invited to praise God’s deliverance of the poor and needy. We who have not always practiced justice and mercy are invited to praise God’s justice and mercy.  What change of heart, what change of life, do we need to claim these verses from Isaiah as our own song of thanksgiving?

The God who shelters the poor and judges the ruthless is the God of all peoples. In an astonishing verse a few chapters earlier in Isaiah, chapter 19, verse 25, God declares, “Blessed be Egypt my people, and Assyria the work of my hands, and Israel my heritage.” Blessed be Guatemala and Columbia my heritage. Blessed be Ecuador and Brazil, my people. Blessed be the United States and the European Union the work of my hands. Even the strong and ruthless nations are claimed as God’s own. God wants the flourishing and well-being of all the peoples of the earth. When God judges the ruthless and lifts up the needy, it is to make it possible for everyone everywhere to join in praising God.

And that brings us to the feast. “On this mountain the Lord of hosts will make for all peoples a feast of rich food, a feast of well-aged wines, of rich food filled with marrow, of well-aged wines strained clear.” We move from thanksgiving for what God has done to rejoicing in a vision of what God will do. But we can’t understand the vision of the feast unless we keep in mind the verses that preceded it. You see, strong and ruthless people are used to calling the shots, to arranging things for their own benefit. So sure, they’ll come to the feast, as long as they can do it on their own terms. Perhaps God can provide them with a private dining room; and while they’re used to feasting on wine and marrow, isn’t it a bit of stretch to serve such rich food to everyone? But God is having none of that. God wants everyone at the feast, strong and weak, rich and poor alike—one table, one menu. We come to the feast on God’s terms, not our own.

Alongside this feast, Isaiah spreads out another vision for us, one even more magnificent. God will destroy the shroud of oppression and violence that is cast over all peoples. God will swallow up death forever and wipe away the tears from all faces. The 200,000 Maya people of Guatemala killed by death squads during the 1980s, their friends and family frightened into silence. The creatures, both human and non-human, of the Amazon rainforests, their habitats exploited and defiled. The world may have forgotten them, but God has not forgotten them; God has claimed them as God’s own. And so we declare them even now present, Presente, at the feast God prepares.

This rich feast for all peoples is a vision Christians claim when they celebrate World Communion. People from the barrios and favelas of Latin America pulling up a chair with those from the villages of Europe; folks from the Catholic cathedral rubbing elbows with those from the Pentecostal temple. Black Baptists and white Episcopalians pouring each other wine. Everyone is welcome. If anyone is missing, if anyone is denied a seat, the communion of the body of Christ is incomplete. As the theologian Shawn Copeland puts it,

As Christians, we keep this feast week after week, sometimes with a lot of fanfare, sometimes simply and quietly. It’s a chance to practice our table manners—learning how to welcome others, how to share what we have, how to receive the gifts others bring, how to see everyone around the table as Christ’s guest. We come to the table on Christ’s terms, not our own.

Isaiah’s vision of a rich feast for all peoples reminds us that World Communion is never just about ourselves as Christians. The goal is never just a healthy Christian family system (though that would be a great start.) Communion and reconciliation among Christians cannot be separated from our hopes for the communion and reconciliation of all humankind. Love and faithfulness to our brothers and sisters in Christ does not close in on itself, but creates space for more love and faithfulness to flourish.  Dietrich Bonhoeffer understood that when he wrote hopefully in a prison letter to his fiancée that “Our marriage shall be a yes to God’s earth; it shall strengthen our courage to act and accomplish something on the earth.”[2] The church too hopes that her love and devotion to Christ and her fellowship around Christ’s table will be “a yes to God’s earth,” creating space for communion with all the peoples of the earth and with the rest of creation.

[2]Letter to Maria von Wedemeyer of August 12, 1943, in Geffrey B. Kelly and F. Burton Nelson, eds., A Testament to Freedom:  The Essential Writings of Dietrich Bonhoeffer (San Francisco:  HarperCollins, 1990), 512.