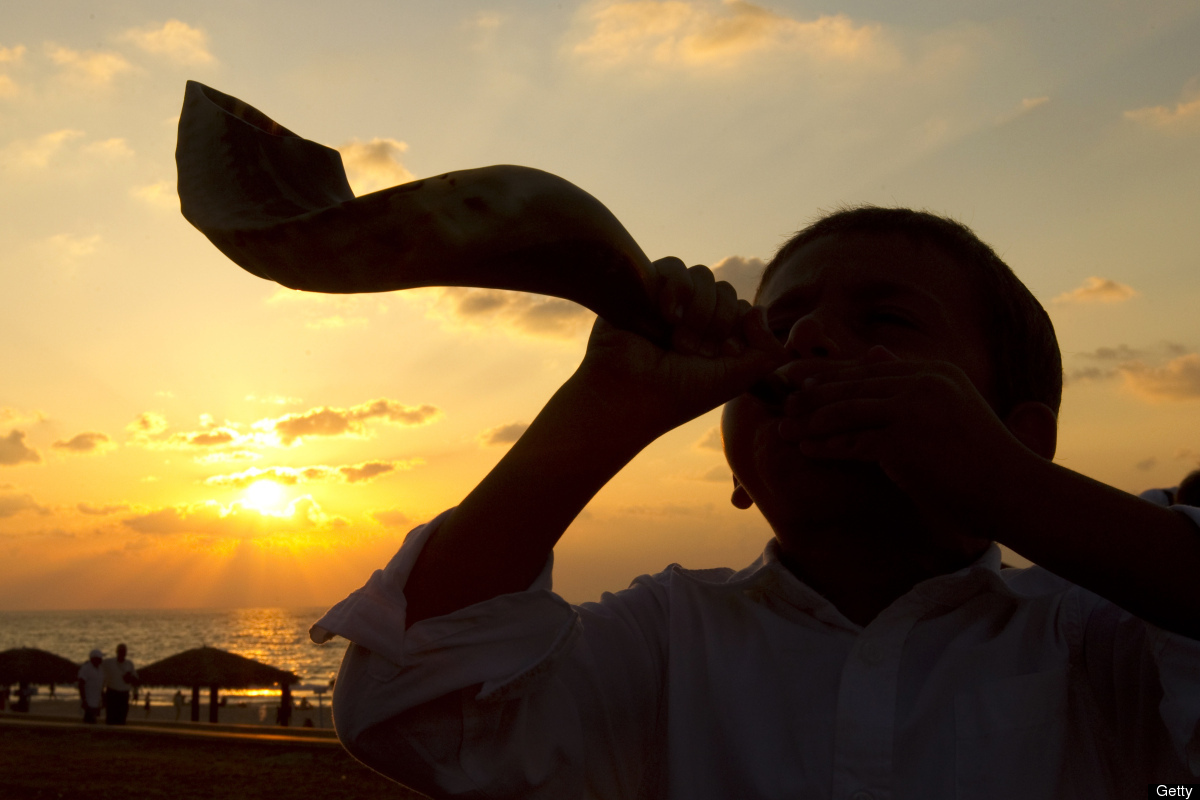 A young Jewish boy blows the shofar horn along the beach in the coastal city of Ashdod, during the ritual of Tashlich on September 29, 2011. Jews traditionally walk to the nearest water source to hold the Tashlich prayer, in which they empty their pockets and throw the previous years “sins” into the water, ahead of Yom Kippur, or the Day of Atonement. (JACK GUEZ/AFP/Getty Images)

The Day of Atonement — also known as the Sabbath of Sabbaths — is the most important day of the Jewish year. More people go to temple on Yom Kippur than any other holiday.

Yom Kippur marks the end of the Days of Awe, a 10-day period of teshuvah (literally “return,” commonly understood as repentance) that begins with Rosh Hashanah, the Jewish New Year.

During the Days of Awe, Jews seeks forgiveness from friends, family and co-workers, a process that begins with Tashlich, the symbolic casting off of sins that is traditionally observed on the afternoon of Rosh Hashanah by throwing bread into a body of water. On Yom Kippur, Jews attempt to mend their relationships with God. This is done partly by reciting the Vidui, a public confession of sins.

The holiday has the most extensive prayer schedule of the Hebrew calendar and arduous abstinence from food, drink, animal-based clothing and sexual intimacy. Communal prayers for Yom Kippur begin with Kol Nidre, a legal document that is hauntingly chanted and emotionally charged. The Book of Jonah is read during the afternoon prayer service on Yom Kippur day. The Day of Atonement is the only Jewish holiday that includes a fifth prayer service, called Ne’ilah, which is a final plea of repentance before the gates of heaven are said to close. The Ne’ilah service precedes the shofar blowing and the end of the fast.

Though Yom Kippur is characterized by fasting and prayers of repentance, it is actually considered the most joyous day of the Jewish year because it commemorates God’s forgiveness of the sin of the Golden Calf, and is considered a time to start anew spiritually.

Please join us throughout the Jewish High Holidays, on the HuffPost Religion live-blog, updated daily with spiritual reflections, blogs, photos, videos and verses. Tell us your story.