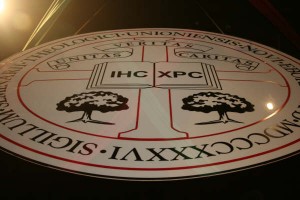 Protests on a massive scale are scheduled to occur across New York City today, as Nov. 17 marks the two-month anniversary of the Occupy Wall Street movement. With Tuesday morning’s surprise eviction of protesters from Zuccotti Park, plans are now underway for demonstrations to relocate to City Hall, and even into the subway system (details are at occupywallst.org). How these boisterous crowds behave, and how police respond, will do much to determine the future of this popular uprising. The stakes are high.

At Union Theological Seminary, we stand in full solidarity with the protestors. That’s clear to us. As President, however, I’ll admit the prospect of my seminarians being in today’s events makes me a bit worried and anxious. I want them safe, yet I also know that questioning the status quo, as well as defying entrenched authority, is one of The Bible’s most powerful themes, especially as it is revealed through the example of Jesus Christ.
With this in mind, ever since this grass-roots movement began back on Sept. 17, everyone at Union has mobilized. Only a few days after protesters first took over Zuccotti Park, in fact, students came to me seeking permission to fly the UTS banner down in lower Manhattan, and show support for the then-few who were camped out there. I immediately approved, reminding them Union has a long history of supporting movements which address issues of poverty and justice, ranging from Dietrich Bonhoeffer (a UTS student in 1930) who fought the Nazis in his native Germany, to more contemporary issues like Civil Rights, Women’s Right, the Vietnam War and South African Apartheid. Our seminarians have been in the vanguard for each.

As for this movement, flying banners is fine, but we quickly decided much more needed to be done. And so, in cooperation with other seminaries, we trained Union students to volunteer as “protest chaplains,” who were available to listen to, and counsel, anyone who asked for help, be they anarchist, capitalist, or no “ist” at all. Ours was a plan in progress, and somewhat disorganized. In a way, though, our scrambling to respond to Occupy Wall Street mirrored the tumble of demands — jobs, healthcare, lower student loans, increased infrastructure investment, immediate changes in NYPD’s stop and frisk practices — coming from the protesters themselves.

In time, as the “Occupy” message crystalized into an overarching concern over economic inequity — and the brilliant rallying cry of “We are the 99%” emerged — so did a clearer course of action form at Union. We soon had 45 protest chaplains, operating on a round-the-clock schedule at Zuccotti Park. On our campus uptown, we put everyone involved through the activist drill, including a seminar on non-violent resistance, a course on the legal rights of occupiers, and training on how to be pastoral presence in the midst of chaos.

Above all, I encouraged my students to dig deeper for answers in their Bible and theology courses. Jesus committed his entire life, and death, to the love of all humanity, including the 1 percent, but most especially he identified with the poor and powerless. He showed his particular love, time and again, by sleeping alongside them, eating with them and living as one of them. It is with the neediest, Jesus told his disciples, that God is alive and on the move.

Yes, our fall semester at Union Theological Seminary has become pretty well “occupied,” and shame on us if it hadn’t! The Wall Street protests are not a distraction, but an opportunity to explore more fully what might have been merely academic before Sept. 17. Their studies come first, however, I repeatedly tell my seminarians, because what they learn now will sustain them not only through today’s protests, but through future causes that may require non-violent action as well as the day-to-day courage to stand up for what is right.

So far, no Union student has been arrested, or suffered any physical harm. Will this change as a result of the Nov. 17 actions? It’s not mine to determine; the movement is squarely in their fresh and earnest hands. I will be praying for them, though, saying over and over, “Keep them safe. And keep all of us safe from evil.”

You see, even though I am their institutional “worried mom,” and I regard these excellent women and men as my educational charges, they must follow their own conscience. I’m fearful the protests may turn ugly. But my heart also leaps as I envision every student at Union Theological Seminary as a budding Dietrich Bonhoeffer, who will have the fearless spiritual discipline of staying present. My hope is they’ll be full of life and light, and vigilant enough to see Jesus walking through the crowds, among police and protesters alike, offering peace.

P.S. Just tonight, Dr. Cornel West has announced that he will be joining the faculty of our Seminary starting the fall of 2012.