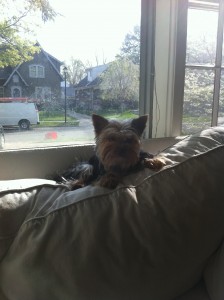 As a 10-year-old schoolgirl, on 6 August 1945, at 8:15 a.m., Setsuko Thurlow, then Nakamura, suddenly saw a brilliant bluish light flash outside her schoolroom window. “I remember the sensation of floating in the air. When I regained consciousness, in the total darkness and silence, I found myself in the rubble.”

She began to hear her classmates’ faint voices: “Mom, help me. Dad, help me.”

Thurlow is a “hibakusha”, a survivor of the Hiroshima atomic bomb, one of two nuclear bombs dropped on Japan by the United States toward the end of World War II. She is also a lifelong advocate against armaments.

Her vivid and painful memory washed over participants at the International Ecumenical Peace Convocation (IEPC) Monday in Kingston, Jamaica, on a day when a panel discussion explored the theme of Peace among the Peoples, examined critical concerns about obstructions to peace at the international level, and considered what real security looks like.

Even though Thurlow’s presentation was a recorded video, as she was unable to attend the convocation in person, it remained a stark reminder of how recent the use of the atomic bomb really was. It was only a generation ago and since then the major world powers have developed and proliferated nuclear arsenals that are, at best, mutually destructive.

Back in 1945, Thurlow said her help came in the form of a stranger’s touch. “Suddenly some hands started shaking my left shoulder, and a voice said, ‘Get out of here as quickly as possible.’”

All around her, she said, were “bleeding, ghostly figures, burned black, the flesh of their skin hanging from their bones. There was deathly silence broken only by the moans of the injured and their pleas for water.”

As survivors like Thurlow tell their stories, they recall the injustice that 260,000 innocent people perished post-1945 because of the effects of the heat and radiation.

Governments tend to attempt to justify large-scale military action – at its worst, nuclear warfare – in the name of “security,” pointed out Dr Lisa Schirch, professor of peace-building at Eastern Mennonite University in Harrisonburg, Va., United States. She called into question what security should mean to Christians.

“Jesus doesn’t use the word ‘security.’ The language of the church is much more about justice and peace than about security,” she said.

“Security does not land in a helicopter”

When visiting Iraq in 2005, Schirch worked with Iraqis who were peace-building at a community level. “They told me this: security does not land in a helicopter; it grows from the ground up.”

Iraq was just one country of many on the minds of IEPC participants as they explored peace among the peoples in a discussion that ranged from nuclear disarmament to ending all war.

The moderator of the discussion, the Rev. Kjell Magne Bondevik who is president of the Oslo Center for Peace and Human Right and twice prime minister of Norway, said he remembers the day in 2003 when U.S. President George Bush called to solicit his support for the U.S. invasion of Iraq.

“And I said no,” recalled Bondevik, as some 1,000 IEPC participants broke into applause. “I cannot. First of all you don’t have a mandate from the U.N. And, from my ethical Christian perspective, using military means must be the very, very last solution after you have tried all other peaceful means.”

The churches had a decisive, distinct voice in his decision, he said. “Churches in Norway made a campaign against possible war in Iraq.”

As Archbishop Dr Avak Asadourian, the Armenian Orthodox Archbishop of Baghdad, listened, he said he would like Bondevik’s message of Christian peace to be communicated across the world. “I am sorry that other leaders are not listening,” he said. “During the past 32 years, all of Iraq has gone through three wars and an embargo. An embargo by definition is also an act of war. Iraqis have been in a very bad situation.”

During the sessions, IEPC participants paused in groups to mull over the idea that a Christian version of security could be created if churches would become involved in a form of “early warning,” that is, in getting messages out from the ground about potential conflicts in ways that governments do not.

“Here, women have a very special role to play,” said Dr Patricia Lewis, deputy director and scientist-in-residence at the Monterey Institute in California, US, and panellist at the IEPC. “If you don’t ask the women, you don’t know what’s happening.”

Lewis expressed her own deep faith that change will come. “People in the military and people in positions of authority will understand that nuclear weapons have almost no use militarily at all. They will also realize you can’t make small mistakes with nuclear weapons.”

If churches expect to make an impact in stopping war and the proliferation of nuclear weapons, they must move beyond declarative documents into the realm of action, said Dr Christiane Agboton-Johnson, deputy director of the United Nations Institute for Disarmament Research in Geneva, Switzerland.

“Women often suffer most seriously in a conflict despite their commitment to ending the conflict. Can one consider that a document or a rule is enough to deal with this sort of problem? I’m not convinced of that. Is the U.N. prepared to move on from words to actions? They would do better to implement what is written down.”

Meanwhile, Thurlow and other nuclear bomb survivors will continue their call for humankind to learn from the mistakes of the past: “No human being should ever have to repeat our experience of inhumanity, illegality, immorality and cruelty of atomic warfare,” she said.