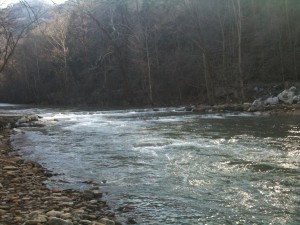 “How can we design an economy that provides a better quality of life for all within the ecological limits of the planet?” This question is at the centre of the Green Economy debate.

For some, the answer is to ensure present and future economic growth and development beyond scarcity and environmental crisis. Others hold that we have to re-define our very concepts and indicators of growth, progress and development.

Bhutan has become famous for developing the “gross national happiness” indicator as a measure of progress and good governance. Other initiatives attempt to define a “genuine progress indicator” to replace the gross national product.

Indigenous peoples from Latin America have put forward the concept of “buen vivir” – “good living” – which is based on indigenous traditions and values of reciprocity, communality and plurality. It is both about living as part of a diverse human community and at the same time about harmonious coexistence with nature. The two are seen as inseparable aspects of what constitutes good living. 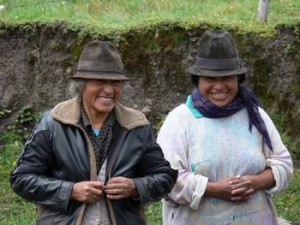 The controversial debate about the Green Economy is not only a controversy about the best methods to promote human well-being and environmental sustainability. It raises profound questions with regards to what we regard as “well-being” and “good living”, what it means to be human and how we relate to those around us and to nature.

A reflection by Abraham Colque

The earth belongs to humans,
as it does to the birds.
Did, by any chance, the rich make the earth?
Who is it that fences off the air?
Who becomes the owner of the water in the river?
And, just as no one owns the air or the water,
no one is the owner of the land on which I walk.

In the world of the Andes, Lent is a time of silence, of the maturing of the crops. It is the eager waiting for the life that is about to appear, life in the form of the many crops that at harvest time will dance in the hands of their growers. It is a time for contemplating the miracle of the gestation of life in the plants, which will enable the next generation to celebrate together the festival of the harvest. This vitality enables us to reflect on the life-giving water, which is today being increasingly captured and restricted by the economic power of a few.

The people of the Andes used to think that water, like air, flowed freely and that it was impossible to capture them, but, when multinational corporations took possession of the water and began to ration it and sell it at a high price to people, they came to realize that they had to fight for the dignity and life of living beings. Bolivia has begun its collective fight for water to be recognized as a common good, and has succeeded in overcoming the power of one multinational. However, that is only an indication of how much more remains to be done. There are signs in many places in Latin America of God acting through the peoples. Dreams are being woven, alternatives being constructed, with the aim of ‘living well’ for the whole community and not the ‘good life’ for a few individuals at the expense of the rest.

The strength for this hope and social energy comes from the wisdom of the ancestors. For them, water was a snake, symbolizing creative energy, which, when it sank into Mother Earth, caused thousands of living things to spring up. Water is the vital energy of the ancestors, who, when they died, went up into the mountains and shrank in size. From their changed bodies there flowed a life-giving liquid, which trickled down from the mountains to the land, where human and divine hands had sown seeds. The water in the rivers flowed like a snake creating life in its path. However, when the water flow is interrupted, when it is restricted, the life of living beings is killed.

Water is collective human energy that transforms whatever it touches, keeping watch between the rocks over life in the process of maturing. Therefore, water cannot be appropriated by individuals for their own benefit and profit. It is not the product of a single being, but of a community that has gone before us and was committed to the continuation of our life. Water is life’s own self-giving for the renewal of all living beings. Water is a common good.

This material, spiritual water is today being polluted, bottled, contaminated, captured, and with it the life-giving spirit of the Source of Life. We human beings are attacking our own very life source and the memory of those who have gone before us, and in particular Jesus, who said that he gives us living water, and in his life testified to solidarity, love and commitment to those who suffer. He was himself a peasant, as are many of those in the Andes who produce food for the great cities.

How good it would be if the world would learn from those who farm the land that in all food there is human, ancestral and present-day energy, which demands that bread and life-giving water should be shared for the whole of humankind and for all living beings!

Abraham Colque is a theologian working in Bolivia at the Andean Higher Ecumenical Institute of Theology (ISEAT).

Opinions expressed in Biblical reflections do not necessarily reflect EWN and WCC policy. This material may be reprinted freely, providing credit is given to the author and EWN.

The author of this article argues that GDP was never intended to be a catch-all measurement for quality of life or the overall success of a country but is nevertheless widely used that way. [www.condoroptions.com]

Is GDP a satisfactory measure of growth?

François Lequiller, at the time head of national accounts at the OECD, admits that there are dimensions to wellbeing which GDP misses but argues that we should still continue using the indicator. [www.oecdobserver.org]

Buen Vivir: Latin America’s new concepts for the good life and the rights of nature

Ecuador and Bolivia have enshrined the right to a good life in their constitutions. In this paper written for the German Green Political Foundation, Thomas Fatheuer outlines the historical and cultural context in which the new constitutions took shape, and then takes a closer look at the new concepts, their potential and limitations. [www.boell.de]

Mother Earth and the Rights of Nature

A proposal by Bolivia to Rio+20. [http://motherearthrights.org]

Gross National Happiness is a term coined by His Majesty the Fourth King of Bhutan, Jigme Singye Wangchuck in the 1970s. The concept implies that sustainable development should take a holistic approach towards notions of progress and give equal importance to non-economic aspects of wellbeing. [www.grossnationalhappiness.com]

You can do this exercise on your own or together with others:

In the Bolivian proposal to Rio+20 we read: