In this season of repentance, the Ecumenical Advocacy Alliance (EAA) encourages us to reflect on the fact that more than one third of the food produced on this planet for human consumption – the daily bread for which we pray and with which we are graciously and abundantly gifted – is wasted; not through natural disasters, but through our own disgracefully negligent stewardship of this gift.

In developing countries, waste occurs mainly at the point of production – due to limitations in harvesting methods, preservation techniques, packaging and distribution systems – while in developed nations, waste results from inefficient processes in the supply chain and individual consumer behaviour.

We cannot be passive witnesses to the fact that 1.3 billion tons of food is squandered in this way annually, while 15 million children worldwide die of hunger each year.  Or that the irrigation water used globally to grow food that is ultimately wasted would be enough for the domestic needs of 9 billion people. Or that 10% of rich countries’ greenhouse gas emissions come from growing food that is never eaten.

At the feeding of the 5000, after all the people had had their fill from that inexhaustible supply, Jesus said to his followers, “Gather the pieces of fish and bread that were not eaten. Don’t waste anything.”

A reflection by Dave Bookless

“You, God, are my God, earnestly I seek you; I thirst for you, my whole being longs for you, in a dry and parched land where there is no water.” 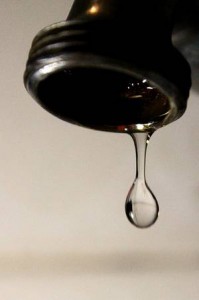 We often use thirst as an image of spiritual longing, but how many of us have ever been really thirsty? How many have had to carry precious water several miles, guar ding every drop? Maybe you have. There is a big divide in today’s world between those who can take water for granted, not even thinking before turning on the tap or flushing the toilet, and those for whom water supply is scarce and uncertain.

The bible was written in a context of ‘water stress’. Professor Ellen Davis, in ‘Scripture, Culture and Agriculture’ points out that the people of Israel lived mainly in marginal hill country where water was sparse, and farmers had to use it carefully. Psalm 63, traditionally written by King David in the desert of Judah, reflects this. In contrast, the surrounding empires of Bablyon and Egypt were by huge rivers, and often used water wastefully and extravagantly (think: hanging gardens). In the case of Babylon, this depleted the aquifers and, with other factors, led to the collapse of the empire.

Today humanity uses 54% of all available fresh water (rivers, lakes, aquifers)[1] and global population is set to increase by 3 billion by 2050. Some predict 21st century wars will be fought over access to water. There are at least four horsemen of this aquatic apocalypse:

Underlying many of these issues is waste. We both directly waste water – 95% of drinking water entering American homes goes down the drain[4] – and also have wasteful lifestyles, demanding unnecessary amounts of food and products which waste water in production and when we throw them away. Even in ‘water rich’ countries we import products that starve poor nations of water, and waste so much it can rob communities of their livelihoods and devastate local wildlife.

Waste is not only an ecological issue. It is an issue at the heart of all our relationships: to other people, to the rest of nature, and to God. When we waste water and other ‘resources’, we steal from our fellow creatures and we fail to respect God’s provision. The biblical principle of ‘enough’ or ‘restraint’ is one that our growth-addicted cultures need to rediscover. It is very significant that when the people of Israel left the water-rich land of Egypt, God immediately re-schooled them in being satisfied with enough. In giving them manna in the desert a clear principle was established: ‘Everyone is to gather as much as they need’ (Exodus 16:16). Need not greed; enough not excess; daily dependence upon God, not storing up for a rainy (or rainless) day – these are the things we too need to rediscover.

Feeding everyone in 2050 could require 50% more water than is needed now. However, reducing food wastage by 50% – including post-harvest losses, losses in transport and handling, and losses in the household – could be sufficient to vastly reduce or even negate the need for additional water to grow more food.

These may seem issues we cannot make a difference to, but actually as consumers and voters we can. As those who see water as God’s precious gift, rather than a consumer right, we surely must. Check out this link for some ideas for what each of us can do.

Let’s also learn to appreciate God’s gift of water again. In Lent each year, our family has a ‘fast’ from electric power from Good Friday until Easter Sunday[5]. We cook outdoors on an open fire (in urban London). We use no phones, computers or TV. We get up when it’s light and go to bed when it’s dark. It’s become a powerful practical and spiritual tradition for us. This year my wife suggested we also turn off our water, and collect all our drinking, washing, bathing and flushing water by bucket from a friend’s house 3 km away. Initially I was reluctant but since preparing this reflection I’m more enthusiastic. Why not join us? Together we can learn anew about longing for God in a thirsty land, and learn again to appreciate every drop of God’s gift of water.

Rev. Dave Bookless is an Anglican priest, and Theological Advisor to A Rocha (www.arocha.org) – an international Christian conservation organisation working across six continents. He is also the author of Planetwise and God Doesn’t do Waste.

Opinions expressed in Biblical reflections do not necessarily reflect EWN and WCC policy. This material may be reprinted freely, providing credit is given to the author and EWN.

According to Global Food Losses and Food Waste, a report by the Food and Agriculture Organization (FAO) of the United Nations, one third of the food produced around the world goes to waste. Curbing this waste is one solution to the global food and water crisis. Read more at: blogs.ei.colombia.edu

The Ecumenical Advocacy Alliance (EAA) is leading an Ash Wednesday food fast campaign to end the cycle of food waste. They are inviting all to participate in its “Fast for Life” campaign to reflect on consumption patterns and global food waste. Check out the resource library for worship and Bible study resources, background information, and ideas for what you can do.[www.e-alliance.ch] 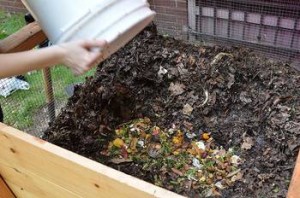 Join with churches, Christian organizations and people of faith around the world in prayer and fasting on Ash Wednesday, 22 February 2012.

Ash Wednesday is a day of repentance and it marks the beginning of Lent. Ashes were used in ancient times, according to the Bible, to express mourning. Dusting oneself with ashes was the penitent’s way of expressing sorrow for sins and faults. Take this day to “Fast for Life” and to reflect on our own consumption and commit to doing what we can to overcome hunger and contribute to global food security.

More than one third of the food produced on this planet for human consumption is wasted. This amounts to approximately 1.3 billion tons of lost food per year. In developing countries, waste occurs mainly at the point of production – due to limitations in harvesting methods, preservation techniques, packaging and distribution systems – while in developed nations, waste results from consumer behaviour and inefficient processes in the supply chain.

Christians must not be passive witnesses to the fact that 15 million children worldwide are dying of hunger per year, especially when we consider the amount of food that is going to waste. In a world challenged by climate change, a rising population, and a global economic crisis, we need to be smarter, more efficient, and fairer about the way we produce, distribute and consume our food.
All the people had enough to eat. When they finished, Jesus said to his followers, “Gather the pieces of fish and bread that were not eaten. Don’t waste anything.”

Fast for Life! Ash Wednesday: What Can I Do?
There are many resources and ideas to assist those participating in the Day of Fasting for Life. These include prayers, bible studies, reflection questions and action ideas.

A world map with examples of commendable actions on food, along with various links to suggested readings can be found here

Your church, women’s group, prayer circle, club or school is encouraged to join people from all over the world in prayer during Ash Wednesday. Plan bible studies and group prayers for the day or hold a special order of worship service.  If your church is developing worship materials for Ash Wednesday please send them to us to share with others.

You can find Fast for Life worship resources on food waste here. Use, adapt and share these resources for Ash Wednesday to reflect on the numbers of hungry people and the amount of food that is waste and lost along the way.

These ideas for actions have been suggested by our members. Use ideas that work best in your context, be creative in adapting them or making up your own! Send in your suggestions to ccampeau@e-alliance.ch

** Also, another resource to help us conserve water. Check it out:

Want to Make a Difference? Here are 200+ Ways to Conserve Water