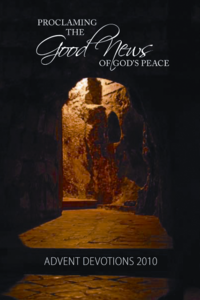 Mary and her cousin Elizabeth had miraculous pregnancies. As first-time mothers, both were joyous, though like most parents, they must have also felt anxious about what the future held for their babies. Since God had revealed to each that he had a divine purpose for the child she carried, in a way, it was out of their hands. Both Jesus and John the Baptist were called by God from the womb and faithfully, courageously answered that call.

It’s not always so clear. We may find ourselves still in the process of “becoming,” even well past childhood. Sometimes, God’s call seems to disappear altogether. And in the meantime, “life happens.”

As a child, I had a fear that God wanted me to be a missionary when I grew up. Of course, I had only a simplistic understanding of that vocation. Part of “becoming” and answering God’s call means that it may take a while, especially if part of the time was spent running away from it. Just as with John and Jesus as children, God’s call may lie dormant until the time is right and the child is ready and capable of answering that call. So in this Advent season of expectation, excitement, and perhaps even some trepidation while we wait for Jesus’ birth, be joyful, for the hand of the Lord is still with you; in fact, he awaits you.

Prayer
Dear God, we are your children waiting to become what you envision and desire for us. Thank you for waiting while we prepare ourselves to hear you and to more effectively fulfill your calling. Amen.