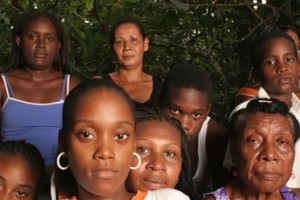 From June 19-22, Venezuela will host the  “Afro-Descendants in the Americas and the Caribbean” an event featuring several speakers from Latin America, the Caribbean, Europe, and Africa, said Venezuelan Congressman Modesto Ruiz on Wednesday.

During a radio interview, Ruiz said that the event is being organized as part of the fourth meeting of Afro-descendants during the UN-designated International Year of Afro-Descendants. The forum will include concerts and different cultural activities in Caracas.

“We, as an Afro-descendant population, a government and a state, have coordinated everything to host this event, which will bring international speakers from Latin America, the Caribbean, Europe, and Africa,” said Ruiz.

On June 21-22, historian and researcher Jesús García, who is also Venezuela’s Ambassador to Angola, will host a presentation titled “Pursuing the Emancipation and Unity of Afro-Descendant Peoples in the Construction of a Multipolar World.” Jerry Rawling, former president of Ghana, will also present at the forum, speaking on “Capitalist Globalization and the Right to Self-Determination of the People and Communities.”

Ruiz also said that the Forum of Afro-Descendants will precede the founding summit of the Community of Latin American and Caribbean States (CELAC), a new regional integration organization which will come to be in Caracas on July 5-6.

Under the government of President Hugo Chávez, the Afro-descendant population has been included in laws and governmental initiatives to protect its rights and fulfill its needs, highlighted Ruiz.

On May 10, the Venezuelan National Assembly unanimously passed the Organic Law Against Racial Discrimination. This law, presented by the Subcommittee of Legislation, Participation, Guarantees, Duties and Rights of Afro-Descendants, which is headed by Ruiz, is aimed at creating mechanisms to prevent, assist, sanction and eradicate racial discrimination by any person, group of people, or civic, economic, political, cultural or social organization.

Read our Fact Sheet on Afro-Venezuelans and the fight against racism in Venezuela.

Read other news on the activities in Venezuela and the Venezuelan embassy to the U.S, to celebrate Afro-descendents.

Read more about Modesto Ruiz, President of the National Assembly’s Subcommittee of Legislation, Participation, Guarantees, Duties and Rights of Afro-Descendants .