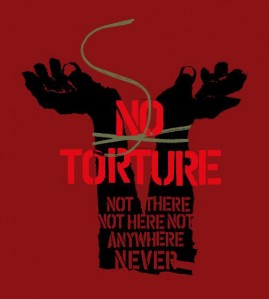 Washington (BWA)–Governments are responsible for protecting their people from external and domestic threats. This principle is biblically rooted (Rom. 13:1-7) and is recognized in most nations’ laws and in international law.

But governments are not permitted to employ just any means to protect national security. Protecting citizens from harm is a very high good, but it is not such an absolute good that it can be defended “by any means necessary,” to borrow one of history’s most damaging concepts.

One means prohibited is torture. It is one of three acts that international law prohibits and which, under no circumstances, can be justified. The others are slavery and genocide. Torture is strictly prohibited despite a striking paradox: a nation’s soldiers are permitted to kill enemy combatants in a just war; but soldiers are banned from torturing enemy soldiers that are captured on the battlefield. Torture is uniquely terrible.

The Baptist World Alliance (BWA) has long opposed torture. The General Council of the BWA, in its meeting in Berlin in 1984, passed a resolution affirming that torture is incompatible with the nature of the human person as created in the image of God. The resolution implored Baptists to oppose torture in all its forms, condemning it as incompatible with the teachings of Jesus. Baptists and others were urged to make public their opposition to torture, to disseminate information of continuous violations of human rights through the use of torture, and to support organizations that work for the abolition of torture.

What is torture? According to the United Nations Convention Against Torture (1984), it is:

Any act by which severe pain or suffering, whether physical or mental, is intentionally inflicted on a person for such purposes as obtaining from him or a third person information or a confession, punishing him for an act he or a third person has committed or is suspected of having committed, or intimidating or coercing him or a third person, or for any reason based on discrimination of any kind, when such pain or suffering is inflicted by or at the instigation of or with the consent or acquiescence of a public official or other person acting in an official capacity.

Cutting through all the legalese of the UN, the implications are clear. Torture is an official, even if illegal act, usually undertaken by governments for state purposes. Those state purposes may include punishment, intimidation, discrimination, or the acquisition of information.

The UN has repeatedly expressed concern that many nations practice torture, and has stated that there are millions of torture victims worldwide.  Torture appears to be an abiding temptation for governments, either because they feel genuinely threatened or because torture is a useful tool for maintaining a grip on power.

Torture is wrong, always and everywhere. Each human is sacred in God’s sight, and torture is an assault on that sacredness. Christians, as salt and light, should lead the way in their respective countries in the rejection of torture under all circumstances.