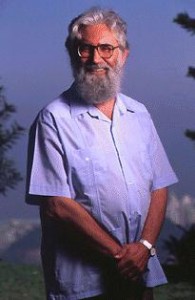 Adital – Centuries of wars, struggles and class conflicts among people are leaving a bitter lesson. The primary and reductionist method has not made us more human, not brought us closer to each other, much less brought us what we longed for: peace. We live in a permanent state of siege and fear. Having reached a historic level, the words of the Earth Charter “beckons us to a new beginning.” This requires a pedagogy based on a new awareness and an inclusive vision of the economic, social, cultural and spiritual challenges. This new awareness, a result of globalization, earth science and life and also of the ecology is showing us a path to follow: to understand that all things are interdependent and open, and even the oppositions are not out of a whole dynamic. Therefore, we need not to separate but to compose, include rather than exclude, and to acknowledge the differences, as well as to seek out similarities. Instead of win-lose, to seek the win-win.

This holistic perspective has been influencing the educational processes. We have an unforgettable teacher, Paulo Freire, who taught us the dialectic of inclusion and to put the “and” where we laid before the “or.” We must learn to say yes to everything that makes us grow in the small and in the large.

Friar Clodovis Boff gained much experience working with the poor in Acre and Rio de Janeiro. In the wake of Paulo Freire, he handed us a book that became a classic: “Working with the people.” And now, as we meet the challenges of the new world situation, he produced a small decalogue of what could be a renewed pedagogy. It is worth transcribing it and consider it because it can help us a great deal. 3271-3282

1. Yes to he process of awareness, the awakening of critical awareness and use of analytical reason (head). But also yes to the sensitive reason (heart) where the values take roots and where they imagination and all utopias are feed.

2. Yes the “collective subject” or social, to the “we” creator of history (“no one frees anybody, we are liberated together”). But also yes to the subjectivity of each one of us, the “biographical I,” the “individual subject” with its references and dreams.

3. Yes to the “political praxis,” transforming structures and generating new social relations of a new “system”. But also yes to the “cultural practice” (symbolic, artistic and religious), “transfiguring” the world and creating new meanings, or simply a new “life-world.”

4. Yes to the “macro” action or societal (in particular the “revolutionary action”), that which acts on the structures. But also yes to “micro” action, local and communal (“molecular revolution”) as the basis and starting point of the structural process.

6. Yes to the “critique” of the mechanisms of oppression, to denounce injustice and the “work of the negative.” But also yes to the “alternatives” proposals, to affirmative actions that espouse the “new” and herald a different future.

7. Yes to the “historic project”, the concrete “political program” that points to a “new society”. But yes also to “Utopia,” the dreams of the “creative imagination” in search of a different life, in short, a “new world”.

8. Yes to “fight,” to work, to the effort to make progress, and yes to the seriousness of the commitment. Also yes to the “gratuity” as manifested in the game, in the free time, or simply the joy of living.

9. Yes to the ideal of being a “citizen” of being “militant” and “fighter”, yes to those who give themselves full of enthusiasm and courage, the cause of the humanization of the world. But also yes to the figure of “animator”, the “companion”, the “friend” and in simply words, yes to those who are rich in humanity, freedom and love.

10. Yes to a “analytical” and scientific conception of society and its economic and political structures. Also yes to the “systemic” and “holistic” view of reality, seen as a living totality, and dialectically integrated in its various dimensions: personal, gender, social, ecological, planetary, cosmic and transcendent. ”