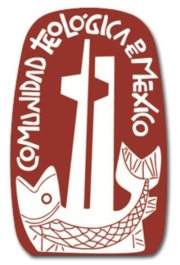 Given the decisions taken recently by the National Presbyterian Church of Mexico (INPM), denying women access to the different orders of ministries of that church, as well as the repeal of the ordinations of those women who have already been ordained in some local churches as well as in different presbyteries, the Theological Community of Mexico, its Board of Directors and each of the member organizations, have made public a letter manifesting their solidarity with the Presbyterian women.

“From our perspective, based on the words of the Apostle Paul that reflect the essence of the Gospel of Jesus Christ, these are decisions that go against the Gospel principles of love, justice and equality,“ says the letter.

The letter signed by the President of the Board of Directors, Dr. José Ramón Alcántara Mejía, states that in the Theological Community of Mexico, “we have always had the certainty that all persons have been created in the Image and Likeness of God and, in Christ, all have been called by God to his service in an unquestionable and irrevocable way. Because of that, the Universal Priesthood of Believers is a theological and Biblical foundation that we share with the reformed tradition of which you are inheritors.”

The letter transmits support, solidarity and prayers for the current situation, as well as the invitation to continue firm in the faith and in service, and to not be weakened in the seeking for the affirmation of their dignity, as well the recognition of the exercise of the vocation to which they have been called from above, “knowing that you have our unconditional accompaniment in this divine task.”