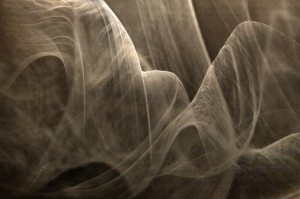 We, 30 Asian members (more women than men) of the Ecumenical Association of Third World Theologians (EATWOT) from the countries of Bangladesh, India, Indonesia, Myanmar, Pakistan, Philippines, Sri Lanka and Taiwan came together for the VII Asian Theological Conference (ATC VII) on the theme: “Indigenous Peoples’ Struggle for Justice and Liberation in Asia”, held from November 08 to 10, 2010, at Good Shepherd Center, Antipolo City, Philippines.

We spent the first day with the Aetas, the Indigenous People at Pampanga, who were the victims of the Pinatubo volcanic eruption. We were moved by their courageous stories of survival during their heartrending displacement after the volcanic eruption and their audacious return to the mountainous location called the Target, (in the past it was the target in the American shooting range and now a Korean hill resort). We listened to the mothers’ dreams for their children and for themselves. We visited their houses, relished their meals, and joined them in singing and dancing to their tunes of indigenous musical instruments. We were inspired by the prayers recited and sung by the elderly women addressed to Apomalayali, the mountain deity worshipped by them. They were grateful to the deity for exposing them to the world and bringing them new possibilities as the result of the volcanic eruption. The life experiences and “theological” reflections of the Aetas reminded us of the events of the Tribes of Yahweh narrated in the book of Exodus.

We spent the next two days in sharing the stories of life experiences of the Indigenous Peoples in our countries and their struggles for justice and liberation. We realized the challenges the Indigenous People groups face in sustaining life in their community and in the Nature. Thus, we sharpened our awareness of the Asian Indigenous Peoples’ movements and analysis of the Asian society. The autobiographical narrative by Rev. Rex R. B. Reyes, the leader of the NCCP and Christian Conference of Asia (CCA), hailing from an Indigenous People, made us wake up and rise up. The indigenous elements that were present in the prayer services we participated, and in the cultural presentations performed by the staff and students of the Union Theological Seminary (UTS) and our members, enthused and enlivened us. We were strengthened in our commitment of supporting Asian Indigenous Peoples and of protecting the Mother Nature. We became more and more convinced of the need of doing Asian Wisdom-Theology in dialogue with the Indigenous Wisdom and Spirituality through inter-cultural and inter-faith praxis.

We are in solidarity with the Indigenous Peoples of Asia. We see and feel their suffering and alienation as they face the onslaught of global and local forces pushing them to the margins of society and deepening their political disfranchisement, economic marginalization, social discrimination and cultural dislodgment. Their language, rituals, symbols and wisdom are vanishing and dying.

They are confronted with:

We are in solidarity with their right to cultural and political identity and destiny. We join the resistance movements of the Indigenous Peoples themselves who defy the current state and religious practices of their right to their ancestral lands, their culture and livelihood. We are one in their struggle for collective self-determination. In the pursuit of our united struggle for our common future and the well-being of the earth community, we commit no less than ourselves to strengthen our solidarity by questioning our own set of values and beliefs detrimental to the sustainability and nurturance of the life systems embedded in the universe and in mother earth. We are conscious that we are facing a crisis of civilization and the detrimental nature of current Christian beliefs and values.

How can we unblock, unlearn, and let go of patriarchal ways of thinking and behaving marked by dualism and hierarchy? How can we move to a God image that sustains all forms of life and nurtures the complexity and beauty of creation? Are we not invited to reclaim the wisdom of Indigenous People who have seen and felt that the present mind-set and lifestyle are disastrous to the integrity of the whole of creation? Our indigenous brothers and sisters are raising the alarm of the on-going destruction not only of their own future but as well the future of the earth. Their alarm makes us aware that the new world economic order, in the name of globalization, is destroying the indigenous spirituality and wisdom that are as peoples’ power for resistance.

The tipping point is now. We need their eyes and sensitivity, in order to turn away from destructive progress and move to a sustainable future. We are learning with great humility their wisdom and ways to care for the earth and build communities of sharing and solidarity. We need to make their spirituality of connectedness with nature and the land our own in our collective effort to heal the earth and promote collective well-being. Their intuitiveness to the life systems and interconnectedness of all earthlings make us wonder if our current way of theologizing is inadequate if not wanting in forging a more holistic perspective in dealing with the present global crisis. We have to re-view the theology that has constructed our faith-vision of the cosmos, world-view and perspective of life.

The time has come to move from the rational-cognitive Western model of theologizing and expressing of our faith experiences and reclaim the intuitive, imaginative, artistic, symbolic and creative forces of Asian Indigenous Peoples. We need to reclaim our Asian manner of listening and conversing with spirit world, our ancestors, the wonders and creativity of nature and feel the presence of the Divine in an embodied, non-dualistic and non-dominating ways. Indigenous Peoples’ Wisdom and Spirituality have much to inspire us and contribute to our Asian Theology for Justice and Liberation.