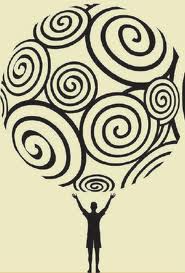 Recently, I was part of a large academic conference on religion. I thoroughly enjoyed discussing and dissecting nuanced points of contention between me and my colleagues. However, there is one incident, ancillary to the conference that reminded me of why I engage in work with people from other traditions.

Unexpectedly, a former colleague texted me to tell me that he and his wife were attending a gang intervention conference in the same city as the conference I was attending. We continue to work together on issues of juvenile justice. He is a practitioner of indigenous spirituality that grows out of his family and community heritage.  Both of us have been mentored by some of the great gang interventionists in the country, some of whom were at the conference and are Catholic. At the conference, we were greeted by a young Jewish man who is a successful professional in the entertainment industry and mentors young men who are just out of prison. Along with us an agnostic mutual friend who does wonderful philanthropic work joined our gathering. I spent a long time speaking with a young man who had just come out of prison.

He told me stories of how for him, religion had brought great beauty into his cell. He quoted teachings from Islam, Christianity, Buddhism and Judaism. For him his journey was day by day, it was not driven by these faith traditions but was informed by the calling that life needs a moral and ethical center in his own words. He called himself a work in progress, seeking to develop a soul that increased his ability for kindness and his capacity to respect himself and others, constantly and consistently.  I spoke of my Muslim daily life, the constant struggle I have to exemplify excellence, ihsan, in my worship to Allah and in my words, thoughts, deeds and even hopes for fellow humans.

So this motley interfaith gathering of people of the vast tapestry of faith joined in one goal: To see the youth that were coming back into the wider world be ready for that transition and to help them in the ways they themselves articulated.

What was important for me was that we gave the space for faith to speak. In one of my lectures at the conference I mentioned, I talked of a radical empathy that grows out of inserting ourselves into the narratives of other human beings. That we make the effort to listen so deeply, in such an engaged way that for a moment we can see the world from their eyes without losing our own integrity of belief or personhood. We can then step out of their story and appreciate our own even more with the added knowledge we’ve gained though our generous listening of another.  I argued vehemently against a quest for sameness of our stories; against finding commonality so that we develop only episodic empathy: That I can tolerate you so long as you act like I do.  I think it is time to let dissent, difference and deeply uncomfortable conversations that push us all to learn more about ourselves and others.

For me, I come unabashadly Muslim into this setting and my friends, deeply committed to their own paths. There was no pressure to find one common story that encompassed each other. There was in fact, probably no common ground, what we did have was common respect for each other and a belief that to make the world better, we must do it with each other and not against each other.