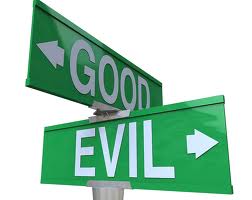 Two religious responses from the days immediately following the attacks of 9/11 demonstrate how religion has been both a divisive and unifying force in America over the last ten years.

The first was from Pat Robertson and Jerry Falwell who assigned blame for the attacks to God who, they explained, was angry at America because of Gays, Feminists and the ACLU, among others. While fires still smoldered at Ground Zero, Falwell and company were ironically fanning the flames of discord and division by blaming God and liberals instead of religious extremism.

The second response was different. As soon as reports made clear that the terrorists claimed allegiance to the fundamentalist Islam of Osama bin Laden, many feared violence might be directed toward the American Muslim population. Yet in the days after 9/11, reports came from all across the country that Christians, Jews, and other people of faith had called local mosques to offer support and solidarity. Instead of turning against Muslims, the religious community rallied for their fellow Americans of a different faith tradition.

These two examples show the simultaneous yet divergent directions that religious practice and thought has taken in America in the last ten years. 9/11 made it clear that religion, which had been ignored in global political calculations and overlooked by the media for decades, was still a force, and perhaps the force in people’s personal and communal lives.

While many still hold that religion is essentially divisive, since 9/11 it has been clear that religion has been an overwhelmingly positive force to bring people from different backgrounds together within American society.

Read the full article at: http://www.huffingtonpost.com/paul-raushenbush/911-religion_b_949688.html