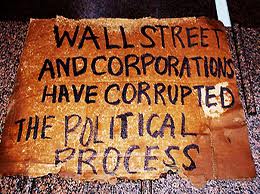 Protesters from the Occupy Wall Street movement, the United Federation of Teachers and members of other unions marched to Foley Square in New York last week in solidarity. Their frustration has spawned sympathetic “Occupy America” actions in major cities across the country, including in Tampa last week.

First it was the teachers occupying the statehouse in Wisconsin to highlight the importance of collective bargaining rights to their middle-class existence. Now throngs of young people and their supporters have organized a sleep-in at America’s epicenter of greed to push their grievance that our country is run by and for plutocrats.

In its broadest terms, the Occupy Wall Street protest is over the nation’s gaping economic inequality. The protesters, while largely leaderless, have for weeks been braving the elements, mass arrests and pepper-spray-bearing police to represent the “99 percent” of Americans for whom there are no government bailouts.

They want to know why nearly 25 percent of the income and 40 percent of this nation’s wealth are in the hands of the top 1 percent of Americans. Why is it that so many of Wall Street’s bankers whose recklessness and self-dealing brought the country to the brink of financial disaster are still earning a king’s ransom (never mind not in jail) while the rest of the country is desperately mired in the doldrums they caused?

This is a message that resonates. The nascent “99 percent” movement has uncorked a spigot of populist anger and frustration that has spawned sympathetic “Occupy America” actions in major cities across the country, including in Tampa last week.