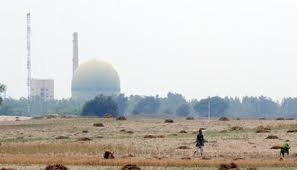 South Asia continues to be one of the most volatile regions of the world. The negative effects of ongoing ethnic conflicts, civil wars, ethnic cleansing, communal and political violence, terrorism, counter terrorism, religious extremism, militarization, gross and systematic violation of human rights, unresolved inter-state and intra-state conflicts, and subversive economic interests, etc., are visible today more than ever before in the region. South Asia has become a hotbed of the war on terror and a victim of the strategic interests of major power blocs keeping the region in constant turmoil and uncertainty. The nature of its volatility and that of the conflicts has been redefined by the US-led war on terror, wherein the rulers of the region have joined together as partners. This has wider repercussions in the region as resentments against foreign forces in the region are growing among various sectors in society, especially as they feel that peace and security in South Asia are today defined in terms of American strategic interests and objectives. Home to one fifth of the world’s population, this region is accountable for fifty percent of the world’s illiterate and forty percent of the world’s poor. This poverty stricken region faces the worst hit of innumerable adversities in terms of securing peace, security and development. The extent of human deprivation in the region contrasts with the large armies, modern weapons and increasing defense budgets, arms race, and nuclear power struggle, which keep the region seething with growing unrest. The criminalisation of politics and corruption undermine the democratic principles of the electoral system.

While the 25-year old ethnic conflict and civil war in Sri Lanka reaches its climax, the country faces a continuously worsening humanitarian crisis exceeding all imaginable proportions. Tens of thousands of civilians are trapped by the war in the northern war zone. According to the UN High Commissioner for Human rights, around 180,000 people are trapped in the war zone amidst shelling and crossfire, lacking basic amenities like food, medicine, shelter, sanitation etc. There are disturbing reports of the conditions inside the camps in which those who have come out of the war zone are confined. At the same time, the country faces the emergence of religious intolerance and extremism.

Although the International Security Assistance Force (ISAF) is engaged in counter terrorism in Afghanistan, the overwhelming presence and reliance on 52,000-strong foreign forces in Afghanistan has created more animosity among the local people as well as in neighbouring Pakistan. This situation creates an atmosphere ripe for extremist groups to exploit the religious sentiments of ordinary people and involve them in committing more violence. Today, Afghanistan is plagued by a new insurgency and a deep humanitarian crisis prevails in the country. This warrants a situation where we must step forward with assistance to strengthen areas of governance, rule of law, democratic institutions and reconstruction of the country. Pakistan is buffeted by numerous and serious crises and is still in the grip of political crisis, growing religious fundamentalism, and terrorism. The continuous terrorist attacks, clashes between security forces and militants, military operations, political violence, inter-tribe sectarian clashes and border clashes are the biggest threat to the state and citizens of Pakistan.India, the largest democracy in the world, faces serious threats to its peace, security and development. Religious intolerance and the politicisation of religion, the persecution of minorities, and criminalisation of politics have become increasing trends in India today. India’s long cherished religious tolerance and secular values have been threatened by religious fundamentalists. The constitutional rights to profess and propagate their faith granted to all citizens are threatened. The attacks on Christians in Kandhamal, Orissa, and Karnataka, and sporadic violence against religious minorities in other parts of India are causes of serious concern as the incidents build walls of separation and hatred between communities and people. The democratic transition in Bangladesh in the recent election gave much hope to the people of Bangladesh. However, the emerging trend of religious extremism and fundamentalism and also the recent trend of dissatisfaction among the military forces are serious concerns, as they could derail the democratic governance in the country.

While these problems menace peace, security and development in the region in various ways, there are certain silver linings which provide hope amidst these turbulent times in the history of the South Asian countries. All South Asian countries have undergone democratic transitions and electoral processes in recent times. Countries such as Bhutan, Nepal, the Maldives, Bangladesh, and Pakistan have undergone democratic electoral processes. Following 100 years of rule by absolute monarchy, the Himalayan kingdom of Bhutan shifted to democracy. After having experienced deadly armed conflicts for a decade, Nepal ended its centuries old monarchy and has undergone a series of transformations which are shaping it as a federal democratic republic. In the midst of increasing violence and the military’s highhandedness in Pakistan, the world has witnessed the victory of the people’s power in the fight against authoritarianism, and the struggle of civil society mobilisation for the restoration of an independent judiciary. The Maldives has ended its one man dictatorship and the first democratic government in three decades was established in a multi-party election recently. After several years of political turmoil and two years of a military-supported caretaker administration, the outcome of the election process in the country has further re-enforced the hope of political order returning to Bangladesh.

Concerned by the alarming situation affecting the South Asian countries and its manifold impacts on nurturing peace, security and development, and despite initiatives from different quarters of society and different national, diplomatic and ecumenical interventions, the World Council of Churches (WCC), the Christian Conference of Asia (CCA), and the South Asian Councils of Churches (SACC) organised an international consultation on Peace, Security and Development in South Asia, which was held at Whitefield, Bangalore from 30 March to 2 April 2009 .

The Consultation was aimed at exploring: possibilities of hope amidst desperation; assuring solidarity and support to the suffering people of South Asia; accompanying the churches in the region in their mission and prophetic witness to uphold the values of peace with justice; and assisting them in exploring interventions that could bring peace, reconciliation, security and development to this volatile region.

South Asian church and ecumenical leaders, together with representatives from churches from the WCC and CCA constituencies in different Asian countries and ecumenical development and relief/humanitarian aid agencies from Europe and North America, attended the consultation and agreed that the grave humanitarian crisis – threat to peace and security in South Asia – are a challenge not only to the churches, but also to the conscience of the international community. Having listened to and realised the seriousness of the situation in various South Asian countries, the WCC-CCA-SACC Consultation:

Condemns all forms of terrorism both by state and non-state actors in the South Asia region;

Calls upon all parties concerned to eschew violence and invest in negotiated settlements of all issues which will ensure peace, security and development in the region;

Expresses concern over the emerging religious extremism and fundamentalism in all South Asian countries;

Expresses deep concern over the continuously worsening humanitarian crisis in the northern parts of Sri Lanka;

Appeals to the Sri Lankan government and the LTTE to immediately stop the ongoing military operations to ensure safe passage arranged by credible and neutral agencies for those who are trapped in the war zone;

Urges the LTTE to facilitate safe conduct for the people who want to leave such areas and refrain from any form of forced conscription, of both children and others;

Appeals to the Sri Lankan government to allow international and national agencies to address and assist the persons in camps and in the conflict areas;

Urges the Sri Lankan government to take initiatives conducive to undertaking talks with all concerned and also to present an outline of a political formula with a view to finding a lasting solution to the issues behind the conflict;

Assures the churches in Sri Lanka of the support of the churches around the world, represented by the WCC, the CCA and the SACC, as they are engaged in responding to the urgent humanitarian needs and also in working with others in seeking practical ways of resolving the conflict;

Congratulates the people of Nepal for achieving peace and democracy through a long and united struggle and urges all political actors in Nepal to make every effort to complete the historical task of drafting the new constitution of the federal democratic republic of Nepal within the stipulated time-frame;

Welcomes the democratic transformation in Bhutan and the constitutional guarantees for religious freedom in the country;

Calls for the withdrawal of U.S.-led international combat troops from Afghanistan and appeals to the international community to ensure that the resultant power vacuum may be filled by a UN-sponsoredpeacekeeping force with Asian forces as major players, which will help the country’s transition towards stability;

Urges the Churches and national ecumenical councils in the region, together with the WCC, CCA and SACC to undertake measures that will capacitate in mitigating the suffering of the civilians who are facing threats to their life, property and resources, to equip their constituents in skills of conflict transformation, while at the same time lobbying with their respective governments to work towards the restoration of peace in all South Asian countries and in the region.

Within the context of this turbulent period in the history of South Asia, when situations of war and conflict, killings and the massacre of innocent civilians are pervasive in people’s daily lives in South Asia, the ecumenical movement and churches are challenged to be instruments of God’s peace and reconciliation. They are called to revisit their witness and mission to strengthen a sense of belonging in God’s reconciling world. The people of God in South Asia, together with their accompaniers from around the globe, are encouraged to work towards peace, security and reconciliation which will ultimately ensure the fullness of life for all.

“Your people will rebuild the ancient ruins and will raises up the age-old foundations; you will be called Repairer of Broken Walls, Restorer of Streets with Dwellings.”
(Isaiah 58:12)