News and trends from the religious realm with Kate Shellnutt

On Wednesday, the Southern Baptist Convention adopted a resolution supporting government efforts to provide paths to citizenship for undocumented immigrants and pledged that churches work toward just treatment of people regardless of legal status, Baptist Newsreported.

White evangelicals, a category that includes many Southern Baptists, don’t generally take a positive position on undocumented immigrants living in the U.S. They are three times more likely to say “better border security” should be the focus of the immigration issue than they are to prioritize “creating a path to citizenship,” according to research by the Pew Forum on Religion and Public Life.

Russell Moore, a seminary professor and pastor, tweeted along saying, “Our response to the immigrant communities in this country cannot be ‘You kids get off my lawn’ in Spanish.”

The text of the approved resolution reads, in part:

RESOLVED, That we ask our governing authorities to implement, with the borders secured, a just and compassionate path to legal status, with appropriate restitutionary measures, for those undocumented immigrants already living in our country.

RESOLVED, That the messengers to the Southern Baptist Convention … call on our churches to be the presence of Christ, in both proclamation and ministry, to all persons, regardless of country of origin or immigration status …

… RESOLVED, That we deplore any bigotry or harassment against any persons, regardless of their country of origin or legal status …

The language of the first clause was so controversial that the vote split  51.31 percent in favor and 48.43 percent opposed. The convention ended up adding the clause “this resolution is not to be construed as support for amnesty for any undocumented immigrant.”

Immigration and race aren’t new issues for the Southern Baptist Convention, which has been around for more than 165 years, but this year they seemed to be especially central to the discussion at the convention’s annual conference, which took place Tuesday and Wednesday.

News out of this year’s national conference has been challenging for the nation’s largest Protestant denomination. Baptisms are declining, membership figures are expected to continue to drop and the SBC is trying to equip its 45,000 churches to better serve and evangelize an increasingly diverse population.

The conference elected New Orleans pastor Fred Luter Jr. to the highest position ever held by an African-American (No. 2 spot) and voted to keep committed to ethnic diversity in its leadership. 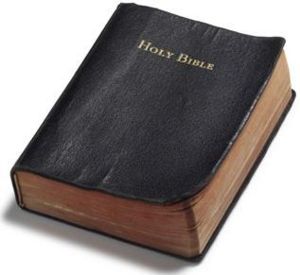