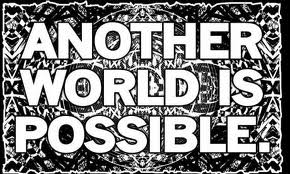 Brothers and Sisters in Christ,

In this time when we are looking forward to the coming of the Lord, in the time of Advent we nurture our hopes and dreams.  Let me share with you one of the poems that can express the dream carried by so many people, the dream for justice – not only for themselves.

This Is the Dream

This preparatory core group for a conference on a new financial architecture has come at the right time. At the outset, may I thank the WCRC General Assembly at the Grand Rapids that proposed the need to address this issue in conjunction with the WCC. This meeting comes at an opportune time when the world is in economic turmoil and eruption of peoples protests around the world.

The ongoing and deepening turbulence in our global financial and economic system together with expanding and multiplying pockets of social unrest around the world clearly demonstrate that the current international financial and economic architecture is fundamentally flawed. We are experiencing an erosion of morality and ethics –collective and individual, carnal and spiritual, political and ideological.

Indeed the WCC has been engaged in the field of justice and service for many years since the first assembly in 1948 to the present day. Since the 1980s, the work of the Advisory Group on Economic Matters (AGEM) conducted, among others, studies on the new international economic order (NIEO), The International financial System: An Ecumenical Critique and the current work with its report on “Justice Not Greed “addressing the 2008/9 financial crisis. The recent work on the AGAPE (Alternative Globalization Addressing people and Earth) indicated that without regulation of Financial Markets, bubbles and crashes will appear. This prophesy of 2006 during the Porto Alegre WCC assembly became a reality. We see this – without any reason to be triumphalistic or to celebrate. The ordinary people in church and the world are suffering.

At the onset of the so-called Great Recession of 2008-2009, the World Council of Churches (WCC), in its statement on the Doha Outcome Document of the United Nations (UN) Financing for Development Conference in December 2008 observed that:   “…The present international financial system is not merely inefficient. It is a system based on injustice, whereby the global poor are essentially subsidising the rich.” In its letter to the Group of 20 (G20) in May 2009, the WCC called on G20 governments to “go beyond short term financial bailout actions and to seek long term transformation based on sound ethical and moral principles which will govern a new financial architecture.”  In the same vein, the WCC Central Committee Statement on Just Finance and an Economy of Life issued in September 2009 emphasised that the crisis warrants  a  global financial architecture“grounded on a framework of common values: honesty, social justice, human dignity, mutual accountability and ecological sustainability. It should also account for social and ecological risks in financial and economic calculation; reconnect finance to the real economy; and set clear limits to, as well as penalize, excessive and irresponsible actions based on greed.” In line with these statements, the WCC supported specific reforms proposed by the Stiglitz Commission to the UN General Assembly in June 2009 including, among others, regulating the movement of volatile, speculative capital flows, exploring the establishment of a new global reserve system, introducing a Currency Transaction Tax (CTT) and developing indicators that better capture socio-economic and ecological progress than the money-centric Gross Domestic Product (GDP).

Yet to date, measures adopted by governments and international institutions in response to the crisis have been palliative and short-sighted at best, and at worst ineffective and unjust. They have neglected to deal with longstanding imbalances as well as current and future challenges posed not only by the phenomenon of financialization, which has shaped the world we live in in detrimental ways, effectively legitimizing and institutionalizing a climate of greed, but also by the fact of human-induced climate change, which threatens the survival of entire communities and eco-systems, if massive investments are not made in mitigation and adaptation especially in poor countries. It comes as no surprise therefore that today the global community finds itself in a more fragile situation. The sovereign debt crises among the weaker members of the European Union and the polarizing discourse on the US fiscal deficit have generated an atmosphere of fear and uncertainty with adverse impacts on the rest of the world. These developments also have equity dimensions that can no longer be ignored. The results – or lack of results from Durban, is showing how urgent our call to eco-justice is.

Global income inequality worsened during the crisis period, with the ratio between the average income of the richest 5 percent and poorest 5 percent now standing at an astounding 165:1; global wealth expanded to US$120 trillion in 2010 or a rise of 20 percent compared with the figure prior to the crisis, with millionaires and their households, which comprise a mere 0.9 percent of all households, now accounting for 40 percent of total global wealth. At the same time, joblessness and underemployment have become stubborn features of the global economic landscape: the International Labour Organization reports that 205 million people were unemployed in 2010, almost 28 million more than in 2007, despite “recoveries” in other macroeconomic measures such as the GDP.

Global inequality is not only a symptom of the present financial and economic crisis, it is also a factor directly contributing to it. More importantly, these inequities translate into basic life-and-death questions for ordinary people (“What will my family eat today? How will we pay for our ailing daughter’s hospital bills? Where will we sleep tonight now that our house has been repossessed?”), and lie at the centre of widening ripples of social unrest, from the spontaneous protests erupting across many European cities, especially in Madrid, London and Athens, and more recently in cities in the United States with the “Occupy Wall Street” movement, to the democratic uprisings in several Arab nations. More and more people are disgruntled over the failure of their governments – many of which are cash-strapped and yet are unwilling to call wealthier sectors of their societies to account – to provide social protection at a time when it is needed most. It is plain to see that growing economic deprivation, especially amid the unimaginable prosperity enjoyed by a handful, undermines social harmony and can trigger political upheaval, violent and non-violent, in various contexts. At the International Ecumenical Peace Convocation held in Kingston last May, churches affirmed that measures to close socio-economic gaps are important pathways to strengthening social cohesion and building lasting peace at local, national and global levels.

Against this backdrop, the WCC remains committed to the biblical vision of fullness of life for all and reiterates its call for a new international financial and economic regime that meets the economic, social and cultural rights of all people as well as invests in social protection and ecological sustainability. In the same vain WCC is studying structural greed and developing greed indicators which will be an ecumenical contribution to new economics. The current financial crisis has raised not only economic policy questions, but, moral, ethical and theological ones. In dealing with a new architecture both policy makers and consumers need to uphold ethics. In June 2012, the WCC will organize a Poverty, Wealth and Ecology global forum in China that will bring all these studies together. In line with this, the WCC in cooperation with the World Communion of Reformed Churches and the Council of World Mission are appropriately taking an important step at the right time to prepare a global ecumenical conference in 2012 as part of a process to develop, propose and advocate for a framework and criteria for building a just, ethical, caring and sustainable international financial architecture. As our organisations are motivated by faith, we hope that our ideas on ethics and justice will be taken seriously as milestones for constructing a new financial architecture.

I, therefore, wish this preparatory group a fruitful meeting.

Thanks  for your attention.