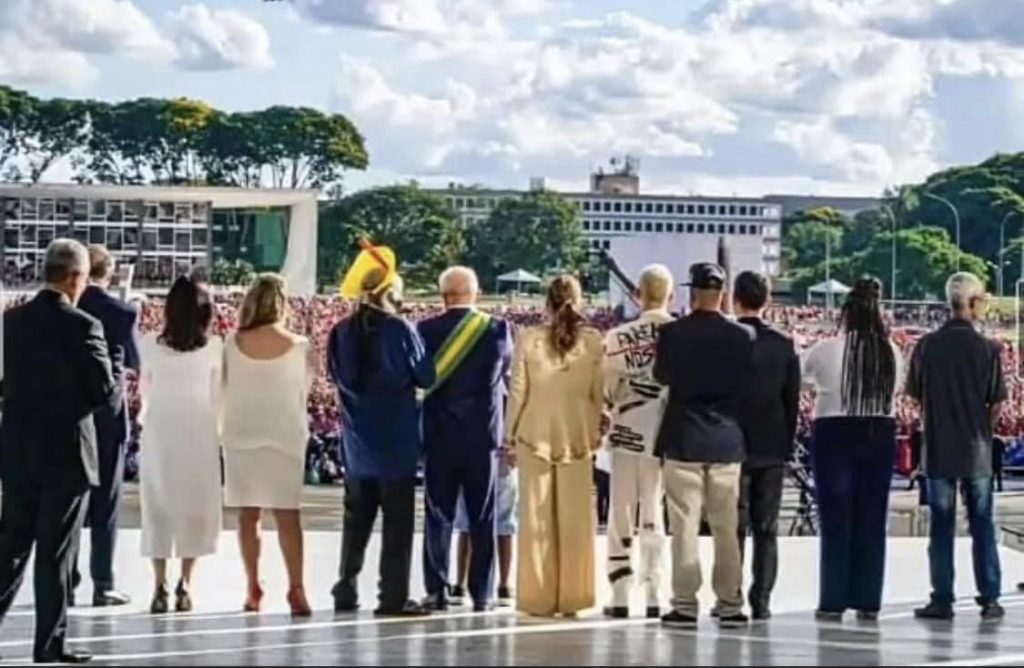 Yesterday I wept like I haven’t wept for a long time. It was an oceanic type of weeping, one that was wider than the whole world. A cry that made me believe again in things I had given up… I went to bed late because I couldn’t stop weeping. And all of that was because of the inauguration of Brazil’s new president: Lula, Luis Inácio Lula da Silva. Let me tell you why.
Lula has become the president of Brazil for the third time and the inauguration had a rite of passage where Lula was becoming the president of Brazil. It was also a rite of celebration with immense richness in its symbols. Collective rituals have immense power. Rituals have the power to shift individual moods and collective feelings. If well done, rituals can help circulate different feelings, re-place us into the same space but now resignified. Rituals can make us feel closer home. Rituals can both help us wrestle with and cast away demons and call for our better angels.
Rituals can be breaths of strength, energy, enchantment. Rituals can help us imagine, begin again, prepare us for new projects, reframe new moments and renew the sameness of our days. Rituals help us let go of what we need to get rid of and bring back, not necessarily what we have lost, but spark what is latent and inhabits us somewhat and needs to find a place to be realized. As Korean philosopher Byung-Chul Han says, rituals “can turn the world into a reliable space.” Rituals help us heal wounds and guide worlds into new times and spaces, orienting us into new forms of living. And Catherine Bell would define what happened as a ritual of affliction, which is an “ attempt to rectify a state of affairs that has been disturbed or disordered: they heal, exorcise, protect, and purify.”
Well, that’s more or less what happened yesterday at the inauguration ceremony of Lula. But to understand what happened yesterday, we need to understand just a bit what happened in Brazil in the last 4 years.
For four years Brazil lived under the empire of destruction, denial and death. Due to the worst president of Brazil, the fascist Bolsonaro, we had the highest number of deaths due to COVID if we consider the percentage of the population (almost 700 thousand deaths). Like Trump, Bolsonaro’s presidency was an attack on everything any democratic government is supposed to care for: people, culture, environment, justice, education, health and so on. In one word: democracy. The worst president in Brazil’s history has caused the almost total destruction of democracy and fostered the death of so many people, forests, and animals. Parallel power and militias have grown exponentially. Health system was broken into pieces, schools dismantled. Policies of death affected all of the country and poisoned Brazil with division, hatred, anger and disgrace. It will take decades for this poison to be healed. All of this done with the open support of most (not all!) Christian churches. The nihilism of these Christian churches found in Bolsonaro a mirror to themselves. 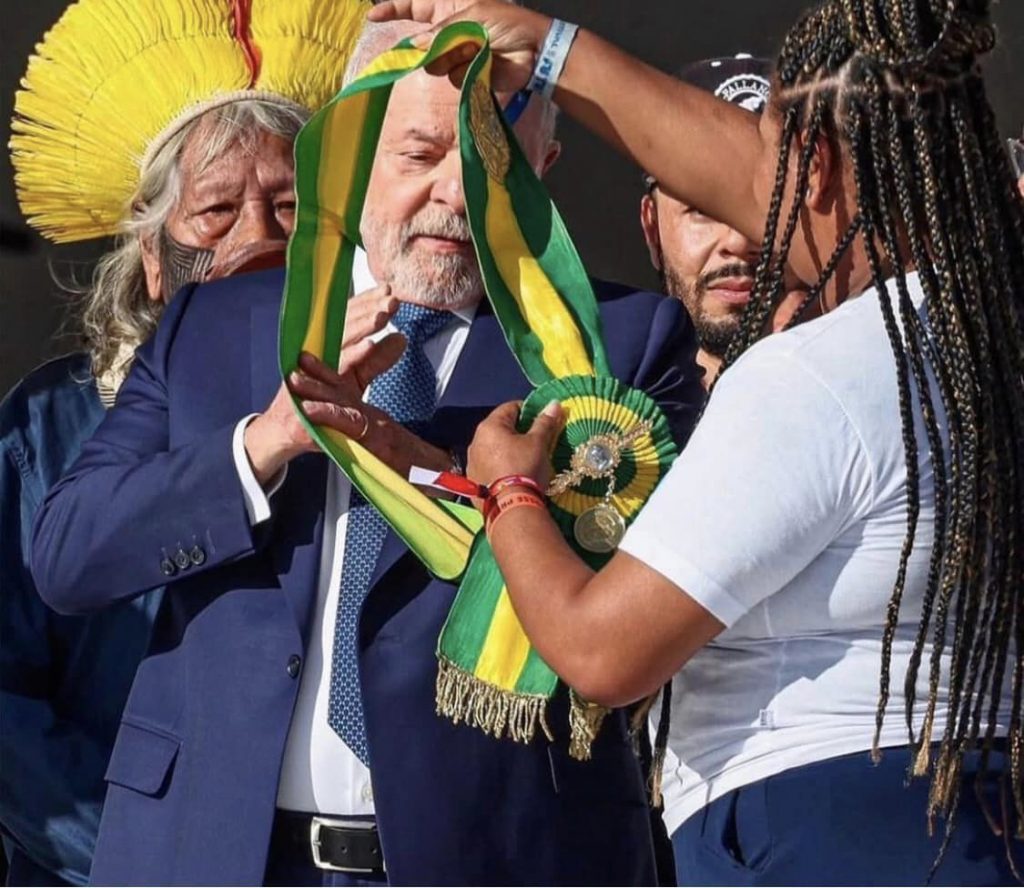 The presidential race for reelection was the most difficult and divisive campaign Brazil has ever seen. Bolsonaro disposed of half of a trillion reais of government money to sustain his reelection. Business people threatened to fire employees who did not vote for Bolsonaro. Even some sectors of the Federal Policy tried to block Lula voters from getting to election booths. And yet, Lula won: 51% Bolsonaro 49%. Like Trump, Bolsonaro could not accept it. He is now so afraid to be put in jail because of so many things he did breaking the law that he fled to Florida to escape going to prison. My friend Greg said this to me: “Maybe all the fallen fascists can all form a golf club in Florida.”
From the beginning of November to the end of December we saw a huge transition with the composition of a new government where a variety of people, black people, women, indigenous people all committed to their own work area were chosen to lead the offices. A doctor is taking care of health, an indigenous leader is taking care of the indigenous people, a black committed leader is leading the human rights office, a black woman singer is taking care of culture, a life-time environmentalist woman is taking care of the ecology and so on.
So when the inauguration day arrives January 1rst, everybody is so ready for the celebration. When it comes people are already filled with happiness, a feeling that life is breathing back into our dried bones. The election said: breath dry bones and the dismembered body of a people were put back together again. The inauguration reserved an unforgettable moment for so many people. There is a tradition at the inauguration when the former president passes on the green and yellow sachet to the new president. Since Bolsonaro fled to Florida, there was no one to pass it on to Lula. The new government decided to choose regular people to pass on the sachet to Lula.
They were:
– Murilo de Quadros Jesus, 28 years old, is a Portuguese teacher.
– Weslley Rodrigues Rocha, 36 years old, a metalworker since he was 18 years old and a RAP singer.
– Ivan Baron is a reference in the disability rights and disabilities struggle.
– Cacique Raoni Metuktire, 90 years old, is one of the main indigenous leaders in Brazil.
– Jucimara Fausto dos Santos who is a cook.
– Francisco, 10 years old black boy who is a swimmer
– Aline Sousa, 33, a black woman who is a garbage collector and became the person responsible for putting the sachet on Lula
– Resistencia, a stray dog who was adopted by Lula and his partner Janja.
They all walk into the ramp towards the government building with Lula. A ramp of accessibility for all. They carried Lula into his place – to be a representative of the people: democracy from the people, by the people!
Watch the video here: https://www.youtube.com/watch?v=l7poldHF6lw
When Lula gives his speech afterwards, he breaks into tears when he says he cannot accept a country where a poor person goes to the street with a sign saying “Please help me.”Democracy to the people. He said he will govern for everyone but mostly for the hungry, for those in the line to get animal bones to eat, for the ones in desperate need. Liberation theology in its fullness!
Lula’s Speech- (2:05 minutes) https://www.youtube.com/watch?v=U9sUTNe5R4M
All day was a crying day! 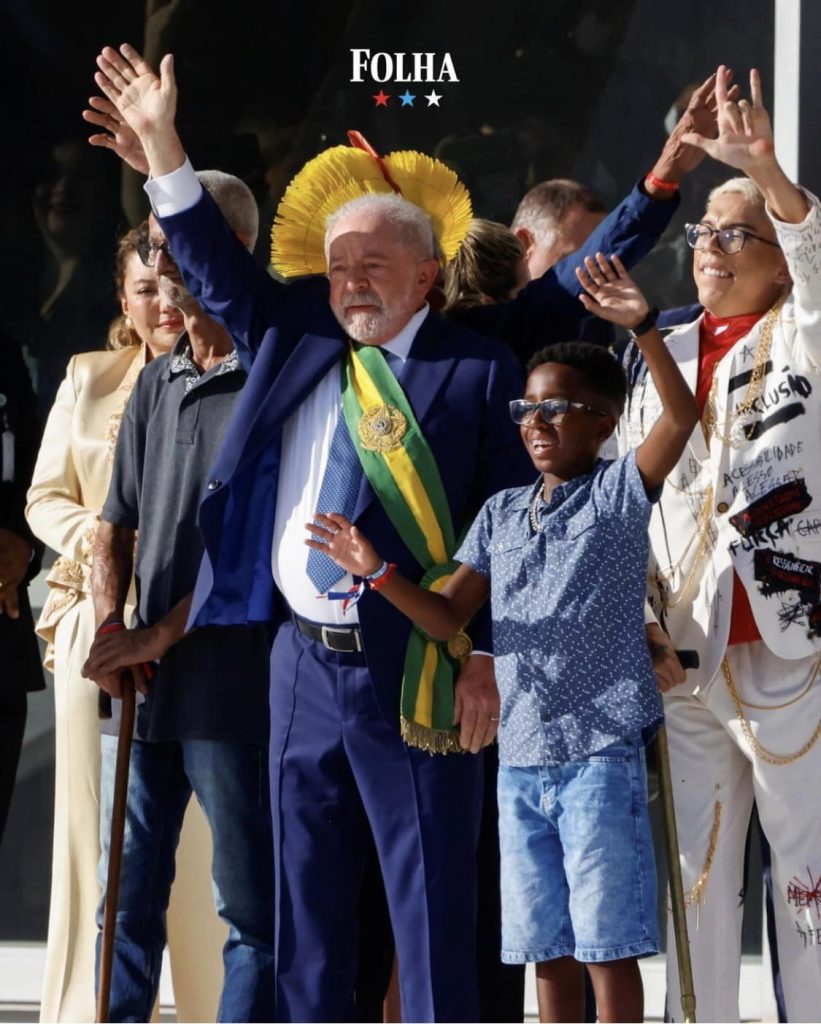 I cried because Lula was put in jail for almost two years by the Bolsonaro people so he could not be elected. I cried when I remembered what Lula said: “If they put me in jail I become a hero. If they kill me, I become a martyr. If they let me free, I become the next president of Brazil.” Ditto!
I cried because simple people were there at the ramp. I cried because it was forgotten people, poor people who put him there. I cried because for the first time, the poor were symbolically a part of it. I cried because the indigenous people for the first time were central to a government ritual. I cried because a school teacher, a black boy, a cook, a person with disability, a metal worker and a garbage collector were all honored. Deeply honored. They all passed the sachet to Lula. If this is not a dream of a possible democracy, then nothing else is. They were representing millions of Brazilians who struggle to make means to live everyday and are only used as puppets by politicians who think they are only puppets. However, people are more, way more. They have said no to fascism, no to political conservatism, no to destruction of government care, no to denial of science, no to carelessness of forests, no to all the weapons of death. 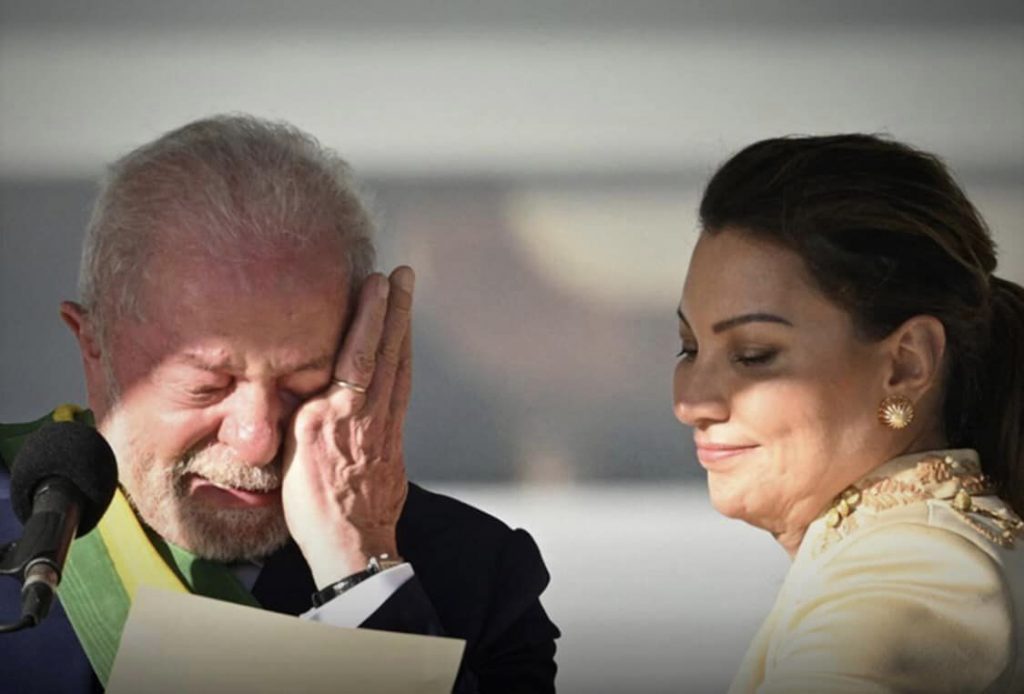 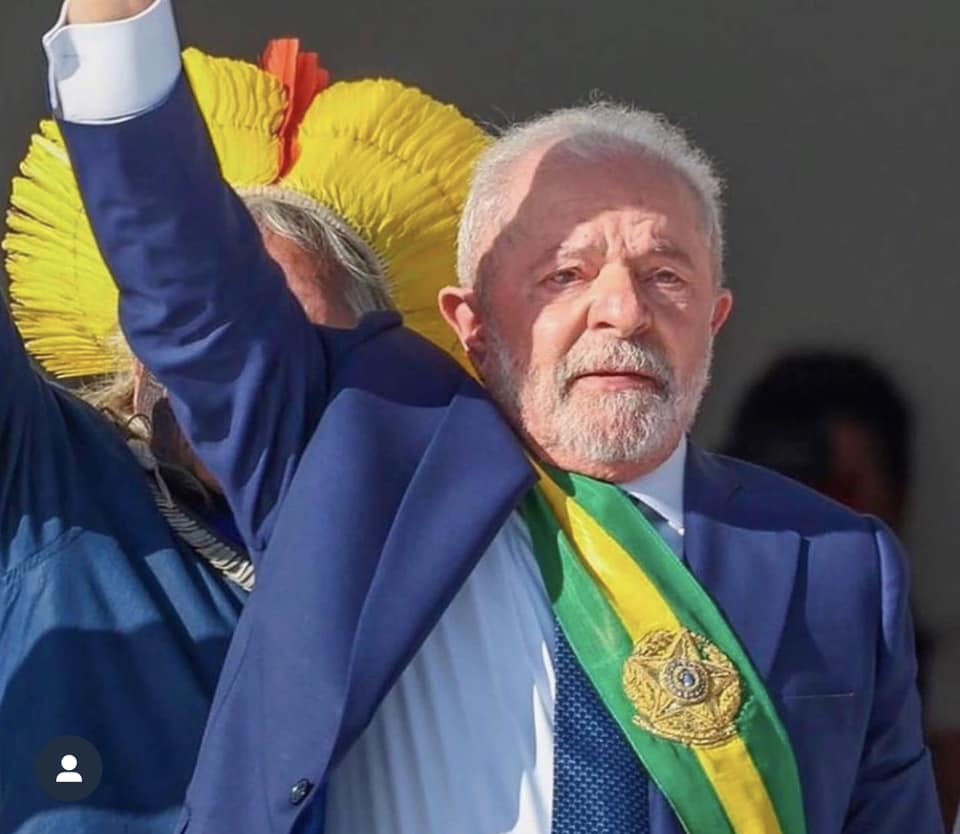 Historian Simas says there is a distinction between two projects in the country: there is the project called Brazil and the project called Brasilidades. Brazil is the official historical project of death that has been very successful. Brasilidades however, are the multidimensional living of multitudes, the multiplicities of cultures and religions and celebrations we carry on in this country. This time, Brasilidades won. So we will continue to dance, to sing, to play soccer and all sports, we will eat and celebrate and continue the fight for a better country.
That is all why my birthday was so enthused by this oceanic feeling of joy. All because there was a rite of passage, a ritual of celebration that truly transformed people and held the promises of change for thousands of people. On January 1, 2023, the people of Brazil performed life anew. And some of their representatives walked up the ramp together in front of millions of people. And today, my birthday, we are all living in a kind of stupor! That is why I teach rituals, liturgies and performances. Because I do believe that rituals can help in the transformation of perceptions, feelings, thoughts and create movements of change. 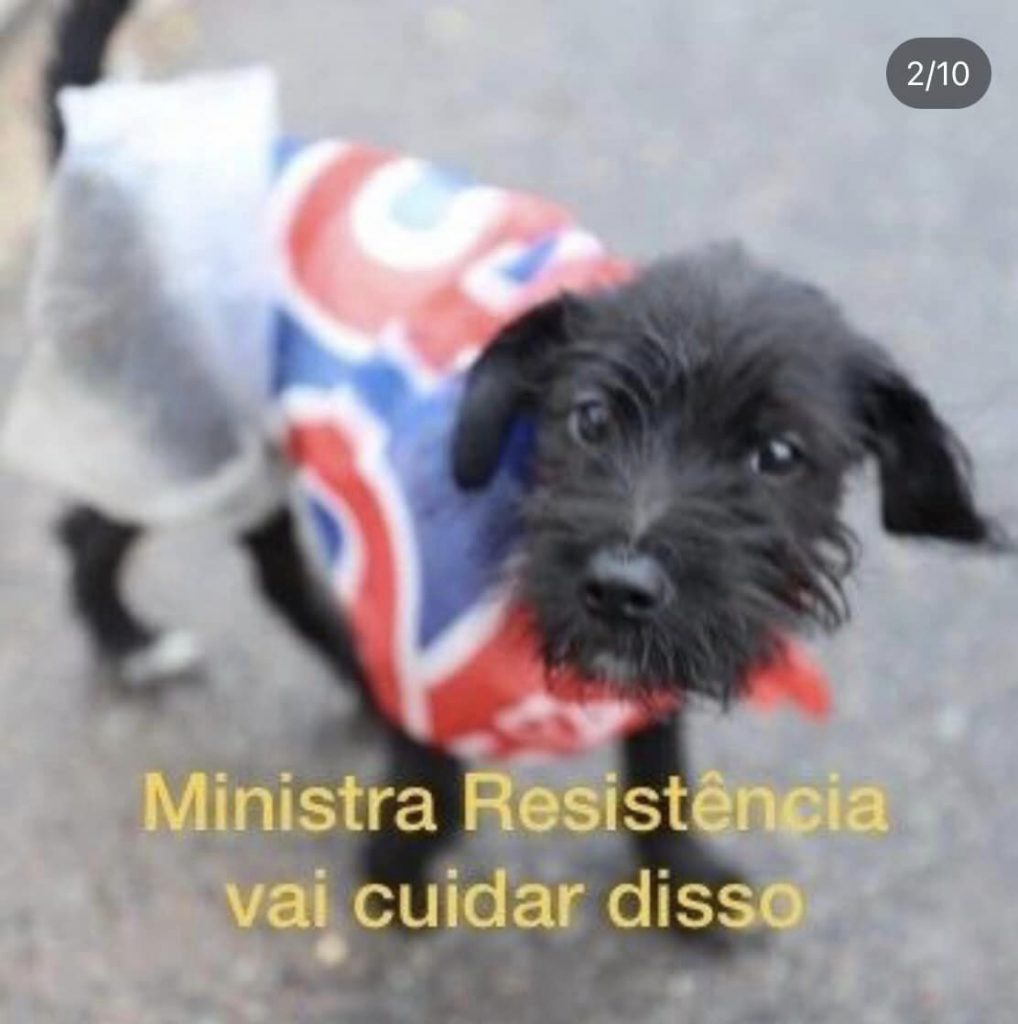 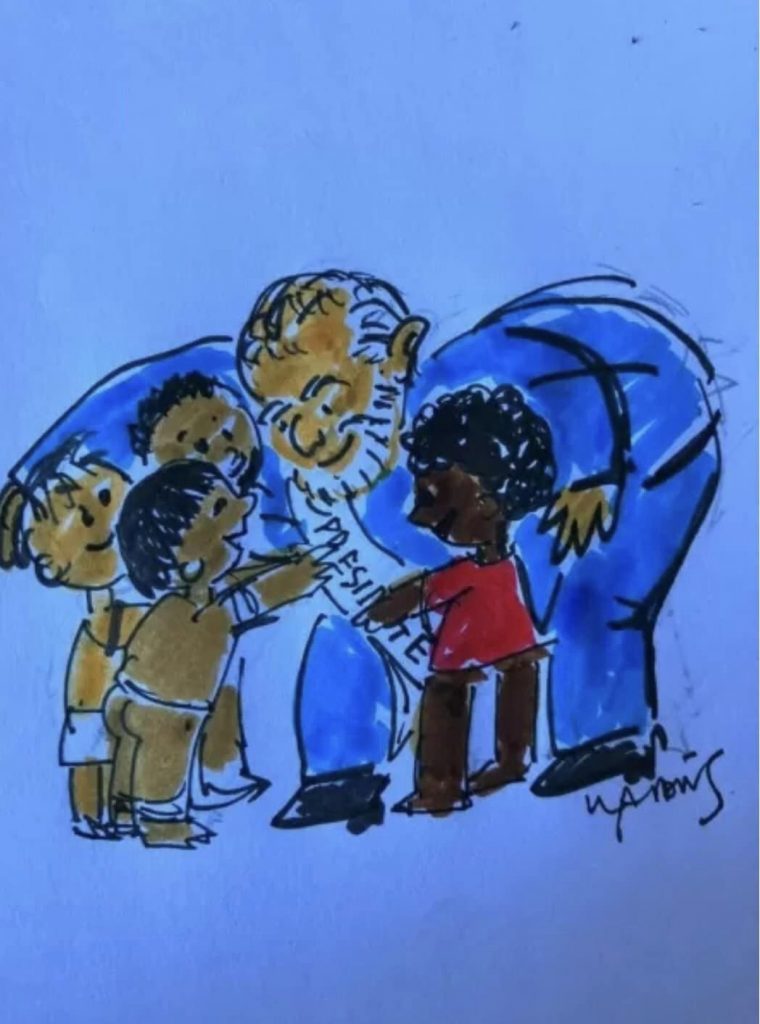