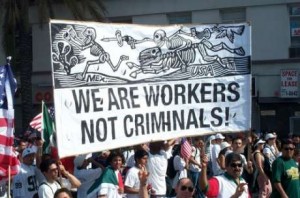 As leaders of many faith communities in Arizona we want to share with you the common serious concerns that we all have with respect to SB 1070 and the potentially negative impact we believe it could have on our great state.

In these tough economic times Arizona has suffered worse than most states and has lost more than its share of jobs. While we sincerely appreciate what you are trying to do to bring more jobs back to Arizona, we also fear that SB 1070 may actually scare off potential employers and employees looking to come to Arizona, thereby further delaying our hopes for economic recovery in the near future.

We are also grateful for your concerns about the violence that is occurring on our border with Mexico and support efforts to protect these border communities. Nonetheless, SB 1070 is not a legitimate solution to solving serious crimes at the border, or anywhere else, and actually may inadvertently reduce public safety.

The reason we raise these issues is based on testimony that occurred during legislative debate where it was noted that SB1070 may compel local police, far removed from the border, to ignore more serious crimes because of language requiring that they enforce federal immigration laws to the “full extent permitted by federal law.”

Additionally, we note that SB 1070 has been improved so that it is at least up to the police officer’s discretion as to whether crime victims and witnesses will be turned over on immigration charges. It would be much better, however, if victims and witnesses could come forward knowing for certain that they will not be deported.

If people are at all afraid to come forward and report serious crime, public safety is threatened in all of our communities. Accordingly, we worry that victims and witnesses will remain silent without assurances that they will not be deported.Finally, SB 1070 makes Arizona the first state in the nation to create its own crime for people who are merely present in the country without proper paperwork. The status of this new crime goes from a high misdemeanor for a first offense to a felony for a second offense.

We understand that supporters of this bill claim that the provision would be narrowly enforced so that it would allow local police to hold onto undocumented immigrants who are suspects in crimes. The reality, however, is that the bill itself does not limit the enforcement of this provision to these situations.

Our concern is that this bill could make felons, not only out of dangerous criminals (as is warranted), but also the many undocumented immigrants who have come to this country at a very young age and have no familiarity with any other country but the United States. We are concerned for these children and for families that may have a mother and a father, one of whom is a citizen and the other of whom would now be considered a criminal.

For all of the reasons above, we are united in respectfully asking that you veto SB 1070 and spare Arizona the many negative consequences of this ill advised bill.

We understand that a veto of this bill would require great political courage on your part. We want you to know, however, that we are willing to stand behind you in taking such an action, so that our state is better served.