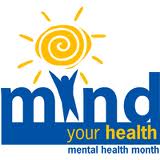 “Mental illnesses affect people of all ages, in all societies, from the boy soldier in Sierra Leone traumatized by years of bloody civil war, to the mother affected by HIV/AIDS. Therefore it is crucial for the churches to challenge the stigma attached to mental illness,” the Rev. Kjell Magne Bondevik reminds the churches.

Bondevik spoke at a service of morning prayer dedicated to World Mental Health Day on 10 October. The chapel service was hosted by the World Council of Churches (WCC) at the Ecumenical Centre in Geneva, Switzerland.

Bondevik is moderator of the WCC Commission of the Churches on International Affairs, president of the Oslo Centre for Peace and Human Rights, a minister of the Lutheran Church of Norway, former prime minister of Norway and a staunch advocate for promoting acceptance and engagement with mental health issues.

For the prayer service, the WCC Health and Healing programme invited Bondevik to share his reflections to commemorate World Mental Health day, where he stressed the need to raise public awareness, promote open discussions on mental disorders and enhance community involvement and investments in prevention and treatment.

Bondevik is known for his courage and resilience when he admitted his suffering from depression while holding office as the prime minister of Norway in 1998. His decision not only brought him positive support from many but also played a role in challenging the stigma attached to the mental illness.

“Fighting stigma around mental health – and creating more openness – is important first of all for people with mental health problems, but also for the society around. If people come earlier to the health care personnel with their problems it will be easier and cheaper to help them,” said Bondevik.

He called for a consistent response to improve the environment and facilities available to those suffering from mental illness. “It is our common responsibility and challenge together to improve the situation for the people that suffer from mental diseases also in developing countries, where the economical resources are scarce,” said Bondevik.

“To give priority to the care for people with mental illnesses, we must expand the knowledge about mental illnesses; we must strengthen the integration of these people in the society and reduce the risk of exclusion.”

Dr Manoj Kurian, WCC programme executive for the Health and Healing programme, thanked Bondevik for his message, saying, “We must commit to greater engagement with the issue of mental health. We need to promote a contextual and affirming interpretation of our holy scriptures. As faith communities we need to combat stigma and affirm the dignity of all those suffering from mental illness.”