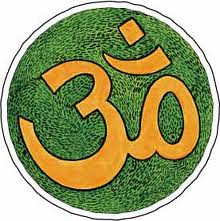 When the world discovered Norwegian mass murderer Anders Breivik’s endorsement of Hindutva in his 1,500-page manifesto titled ‘2083: A European Declaration of Independence’, Hindu nationalist leaders in India were left somewhat red-faced. Breivik spoke of Hindutva elements as allies and urged them to fight shoulder to shoulder with his ‘knights’ to stop the spread of Islam.

But in the West, Indians were not giving his ranting too much importance. “Nowhere in his long-winded 100 pages on India is Breivik able to quote from our Puranic texts to justify the acts of violence that he has perpetrated on innocent people or say that he was inspired by Hinduism in his violent acts. And that is because of the pluralistic foundations of Hinduism. Our religion does not talk about others as pagans or doesn’t mention conversion. We at the Hindu American Foundation have, so far, not seen any negative impact on the way people in the US perceive our religious beliefs because of Breivik’s references,” Dr Aseem Shukla, board member and co-founder of the Hindu American Foundation, the organisation that is seen as the most influential advocacy group providing a progressive Hindu American voice, emphasised.

HAF did not find it necessary to come out with any public response to Breivik’s comments and neither did the Overseas Friends of the Bharatiya Janata Party in the US.

Members of the OFoBJP in different cities of America regularly have discussions and dialogue with government officials and prominent people in the US to explain the principles of Hinduism to them. “We invite local Congressmen, senators and other senior government officials to our temples and festivals often. The Hindu Indian community is very well respected in the US and we didn’t see any reason to come out with a response to the rantings of a mass murderer,” said T. Balaguru, a secretary of the OFoBJP based in New Jersey, speaking on behalf of his organisation.

OFoBJP is an active group in the US and UK and has been lobbying in a big way on various issues including the granting of an US visa to Gujarat chief minister Narendra Modi. Another influential group in the US, the Asian American Hotel Owners Association, too, has taken a strong public stand against the denial of an US visa to the democratically elected chief minister of Gujarat, but the group did not see any need to react to the statements of the Norway killer.

“We will react if there are any incidents. For instance, in the past, we have taken a strong stand against disrespect shown to Hindu deities through certain products. However, so far no one here is equating the Oslo killer’s comments with the principles of Hinduism,” said Mukesh Mowji, a California-based hotelier and former chairman of AAHOA. Prominent Hindu leaders in UK, too, did not pay much attention to Breivik’s support for “sanatana dharma movements and Indian nationalists in general”. Anil Bhanot, a prominent faith leader in London and founder of the Hindu Council UK, felt that Hindu thought had been around in Europe for many decades and was well received by the local people.

“Even as we condemn the terrible acts of violence by the Norwegian mass killer, some of the things that he has said in his manifesto are open to debate. This includes his views on conversion. In Europe, there is a healthy atmosphere for debate and discussion and we Hindus are not afraid to discuss some of his views,” he said.