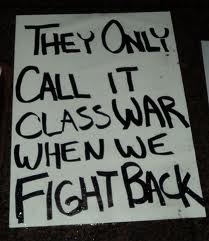 Mysterious, isn’t it—at just about the point when the last hopes for the Obama administration were collapsing, a new ground for hope arises. The chance that this presidency might somehow, despite the impossible obstructions of hypercapitalism, turn the tide of economic, ecological and military destruction was, by the end of the summer, swallowed by the void that waits in ambush. That nihilism waits on the left, that waits in me—the jaded despair that gets too smart to trust again. To have faith in—what? The people? Democracy? Political process? A better future? A just and sustainable planet? The new heaven and earth—i.e. the renewal of the atmosphere and its planet? A god who matters, now? (sorry, but this is a theology blog, yes?)

Apocalypse looms: climate change has imposed a deadline on our sorry species; our gifted lunges toward the good over centuries notwithstanding, the machinery of infinite greed is letting the 1% do us all in. Really, virtually all, a 99% that quickly becomes 99.99% if you include the species being cast out of existence daily.

Wall Street has occupied the planet.

And then, with splendid irony, the tables are turned: Occupy Wall Street!
What, hope again? Can this ground hold? Can this movement continue to grow? The very trope of a counter-occupation, of taking hold in space and time, of a movement that is not going away, getting robust, rooted, creating an altered sense of public space, of political assembly—all this tempts one to think it might last. To do something to make sure that it does, my inner nihilist is quieted, my counter-apocalypse is rising.

In that spirit, I would like to share two pre-occupations, two implications of this unlikely ground for hope: the ecological apocalypse and creaturely entanglement.

Apo-calypso. In its root sense is a dis/closure, an opening that may come as an explosion—for what has been kept sealed under pressure opens with a bang. In Revelation, the seals break open to vision the hideous layers of slaughter, deprivation, the trade of luxury (oil and wine) against need (barley and wheat), drought, flood, fire, war. US folk have been buffered and blinded by the relative affluence of our majority: as our middle class security falls, so do the seals on our sight. The seals coming pried open in Occupy Wall Street have revealed the everyday atrocities of Wall Street’s occupation of the earth. I love a scrawled sign at Liberty Square: “Real Eyes Realize Real Lies.” That’s the true apocalypse—and it counters the man[sic]-made apocalypse of hypercapitalism. But spread the word: this is not just any capitalism, not your mom’s and pop’s variety, but a recent global metastasis of the economy.

Naomi Klein’s great speech to the occupiers put it precisely: “Unfettered greed has trashed the global economy. And it is trashing the natural world as well. We are overfishing our oceans, polluting our water with fracking and deepwater drilling, turning to the dirtiest forms of energy on the planet, like the Alberta tar sands. And the atmosphere cannot absorb the amount of carbon we are putting into it, creating dangerous warming. The new normal is serial disasters: economic and ecological.”

The endtime threatened by climate change is literally a matter of degrees. The average temperature of our magnificently habitable earth has—despite huge local fluctuations—not varied by more than two degrees Celsius. And we have now tipped—disastrously—over a degree Celsius higher. Realize this, o real eyes: the 1% gave us the 1°.

But not without our collusion. We are all of us, the 99.99…%, in this together, in this creation, this creaturely condition. We come as the quantum physicists now admit “nonlocally entangled.” There is no unaffected locality—though some will be much more protected than others. And perhaps in this ecological condition of entanglement lies a revelation for the Occupy Wall Street practice. The preoccupation with a democratic process may risk its own dogmatism. But it also makes possible a new kind of politics, a symbiotic politics of con-viviality, life-together, amidst our impossibly diverse situations. It is hard now to see how such a rag tag assembly of micro-assemblies can do more than inconvenience the 1%.

But it may: for might there be untapped power in the very mystery, the unspeakable uncertainty, of our creaturely entanglement? Might this process release new flows of democratic force, capable of operating at once immanently to the current system even as it transcends it? Can theology—even its theos and its logos—help? S/he/it will not save us from ourselves. But knowing that, now, might help us better tap the convivial life and spirit that pre-occupies the creation.

Catherine Keller is Professor of Constructive Theology at the Theological School of Drew University.