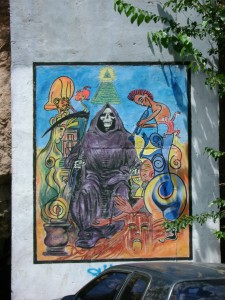 Refugees face homelessness all over again in U.S.

“Across Washington state and throughout the country, increasing numbers of refugee families — displaced people from war-torn parts of the world — are confronting homelessness all over again in their new homeland.” Seattle Times, Aug. 29, 2010.

Is immigration an Ohio problem? Numbers say no

“Is illegal immigration a major problem for Ohio? A look at the numbers suggests not. Nevertheless, some politicians plan to ask voters to enact changes similar to Arizona’s controversial legislation.” Lancaster Eagle Gazette, Aug. 30, 2010.

The Effect of Immigrants on U.S. Employment and Productivity
“Statistical analysis of state-level data shows that immigrants expand the economy’s productive capacity by stimulating investment and promoting specialization. This produces efficiency gains and boosts income per worker. At the same time, evidence is scant that immigrants diminish the employment opportunities of U.S.-born workers.” Giovanni Peri, Aug. 30, 2010.

Detaining immigrants is big business for some Oklahoma counties
“The detention of illegal immigrants brings in millions of dollars for counties in the state. Jobs, jails and upkeep are funded by dollars generated through federal contracts with U.S. Immigration and Customs Enforcement.” Vallery Brown, The Oklahoman, Aug. 29, 2010.

Mexico Killings Show Migrants’ Plight
“This week’s massacre of 72 Central and South American migrants in Mexico highlights a paradox the government here doesn’t like to talk about: While it complains about the treatment of its own undocumented workers in the U.S., Mexico can be a far worse place to be an illegal migrant.” WSJ, Aug. 27, 2010.

Immigrants Turn to Sea to Enter U.S. Illegally
“This is a new frontier for illegal immigrants entering the United States – a roughly 400-square-mile ocean expanse that stretches from a bullring on the shores of Tijuana, Mexico, to suburban Los Angeles. In growing numbers, migrants are gambling their lives at sea as land crossings become even more arduous and likely to end in arrest.” CBS, Aug. 26, 2010.

Report: Immigration detainees vulnerable to sexual assault
“Immigration detention centers, which make up the fastest-growing prison system in the United States, have not yet implemented universal standards on prison abuse. That has left detainees — especially women — vulnerable to abuse, according to a new report.” Yahoo News, Aug. 25, 2010.