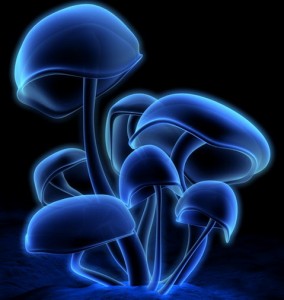 Charlie Hebdo, a satirical French magazine, recently became much more famous than it ever was. Early this month, it came out with a provocative issue whose cover presented a cartoon of the Prophet Muhammad, and the headline, “100 lashes if you don’t die laughing.” Shortly afterwards, the offices of the magazine were firebombed, and its website got hacked,

Luckily, no one died. But this incident underlined a recurrent conflict between European notions oreportedly, by a group of Turkish Muslims.f free speech and the Islamic notions of the sacred. The pro-Charlie Hebdodemonstrators that gathered outside Paris City Hall last Sunday were expressing one side of that dilemma by declaring their “right to blaspheme.” Even mainstream Muslim organizations, however, have long been arguing for laws against blasphemy.

Do we have an irreconcilable gap, then, between Islam and free speech?

I am sure many, among both Muslims and Westerners, would readily say “yes” to this question, but I am not one of them. I rather propose a different answer by differentiating between the moral and the legal spheres.

Let me explain. The problem with some of Europeans who declare their “right to blasphemy” is that they are asking from Muslims to abandon their respect for the sacred. “Learning to take a joke is part of living in Western society,” writes a commentator on the web. “Nothing is sacred here — get used to it.”

But, well, no. Neither Muslims nor other believers will “get used to” the idea that nothing is sacred. A sense of the sacred is the very thing that makes them believers. And, as Nietzsche once put it well, the sacred is whatever it is in a culture at which one cannot laugh.

However, having a sense of the sacred is one thing, forcing others to respect it, by law or brute force, is another. And while no Muslim worthy of his name would lose his respect for God, the Prophet Muhammad, and other symbols of Islam, he might well refrain from using legal prosecution or violent reaction to those who do not show the same respect.

My basis for this claim is nothing other than the holiest source of Islam, the Quran. The most relevant verse on this topic, the one that tells Muslims what to do in the face of mockery of their faith, reads as follows:

“When you hear God’s revelations disbelieved in and mocked at, do not sit with them until they enter into some other discourse; surely then you would be like them.” (4:140)

As I explain in my book, in my chapter on “Freedom from Islam,” what we see suggested here is a civilized form of disapproval: Muslims are not supposed to be a part of a discourse that mocks Islam. But all they have to do is to stay away from it. And even then, that is only until the discourse changes. Once mockery ends, dialogue can restart. (By the way, this verse is from a “Medinan” chapter. It, in other words, comes from a later phase in which Muslims had military power, and thus it can’t be explained away as resulting from necessity.)

If we apply the spirit of this verse to the modern world, we can say that Muslims can boycott anti-Islamic rhetoric by refusing to join conversations, buying newspapers and magazines, or watching films and plays that mock the values of their faith. But that’s it. Disapproving and boycotting is the Quranic thing to do, whereas violence and threats are not.

So, if I were a French Muslim, I would end my subscription to Charlie Hebdo, if I had one. I would also express that I found their cartoons about Prophet Muhammad disrespectful to the Muslim community. But that’s it. The violent attack on the magazine cannot be justified or tolerated. And its “right to blasphemy” cannot be countered by anything other than a peaceful stance for the sacred.