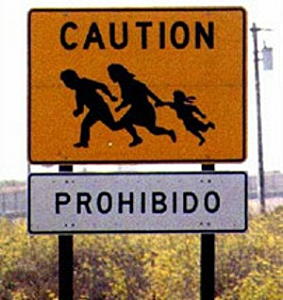 With migrants tallying some 250 million of the world’s population, churches need to help defuse public hostility towards them. That is what participants agreed at an international consultation on the mission and ecclesiology of migrant churches, jointly organized by the World Council of Churches (WCC) Commission on Faith and Order, the WCC programme on Just and Inclusive Communities, and the Commission on World Mission and Evangelism together with the Ecumenical Network on Multicultural Ministry and Mission.

The consultation was hosted by the Netherlands Mission Council.

A balanced view of migration is needed that does not demonize migrants, the participants said in at the 16-21 November meeting. Christian migrants’ churches provide both gifts and challenges. Migrant churches can enrich native churches, for example, in their self-understanding of what it means to be Christian.

The consultation was one in a succession of meetings to prepare a statement on mission for the next WCC assembly, explained the Rev. Dr Jooseop Keum, secretary of the Commission of World Mission and Evangelism (CWME). The next assembly will take place in Busan, South Korea, in 2013.

The global phenomenon of large scale migration brings the challenges of racism, sexism and of tensions arising out of political and ethnic loyalties into the current discourse on the shape of the ecumenical movement in the 21st century, said Sydia Nduna, WCC programme executive for Migration and Social Justice.

It also poses serious challenges to the churches’ self-understanding and calls for a reassessment of how migrant Christians and their churches relate to established local churches in terms of mission, witness, hospitality and mutual accountability. Migration presents unique challenges for the ecumenical journey towards the unity of the church, while at the same time reflecting a wondrously rich diversity within the “body of Christ” (the universal church or the community of Christian believers) that goes beyond denominationalism, said John Gibaut, director of the WCC’s Commission on Faith and Order.

Attending the consultation were representatives of three WCC projects – the CWME, the Faith and Order Commission and the Just and Inclusive Communities network – and three other organizations: the Ecumenical Network for Multicultural Ministry (ENFORMM), the national association of migrant churches in the Netherlands(SKIN), and the consultation’s local host, the Netherlands Mission Council (NZR).

The venue for the consultation was the national services centre of the Protestant Church in the Netherlands in Utrecht.