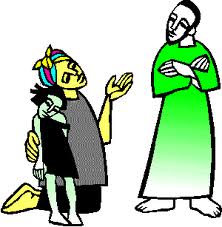 A text from my former professor of Homiletics at Union Theological Seminary.

This story in Matthew 15 is very troubling. A Canaanite woman cries out to Jesus to heal her daughter. By the end of the story, her daughter has been healed — but between the crying and the healing, Jesus says some terrible things. He’s arrogant, racist and just plain mean.

We may believe that Jesus was “truly human,” but we don’t want him to be too human. So over the years, people have tried to clean up this story. One attempt goes something like this: Jesus was testing this woman to see if she had enough faith. When she passed the test, Jesus said, “Woman, great is your faith! Let it be done for you as you wish.” That verse has caused plenty of pain because some people have heard Jesus saying, “If you had more faith your husband or wife, your mother or father or child would not have died.” But the woman in this story doesn’t make any confession of faith.

Here’s another option to soften Jesus’ words: the Greek word kunarios (translated “dogs”) really means “little dogs, puppies.” So when Jesus tells the woman, “It is not fair to take the children’s bread and throw it to the dogs,” he really means puppies. Does that help? There’s one more possibility. Because this woman submits to Jesus and kneels before him, Jesus heals her daughter. Go thou and do likewise. We’ll do almost anything to make Jesus who we want him to be.

But Matthew doesn’t clean up this story. Matthew dares to give us a very human Jesus and he paints a specific picture of this woman. She is a Canaanite woman. She is not one of Jesus’ people. Should he be surprised? Jesus has gone into the region of Tyre and Sidon. This is her home. Matthew’s choice of the word “Canaanite” seems a bit strange. By the time of Jesus, people were no longer called “Canaanites.” This name was no longer on the map — a bit like calling New York New Amsterdam! Matthew chooses “Canaanite” on purpose: not only is she the “other,” but she is part of an enemy people.

Yet she seems to know who Jesus is. She begs him to heal her daughter who is tormented by a demon. She’s desperate and comes out shouting. Some scholars claim that the only women who spoke to men in public were prostitutes. Is this what we do to people who are different? Do we also make them morally suspect? Maybe Matthew wants us to remember Rahab the prostitute who is named in Jesus’ genealogy at the beginning of Matthew (Matt. 1: 5). She, too, was a Canaanite who lived in the city of Jericho (Joshua 2). What’s a Canaanite prostitute doing in Jesus’ family tree? The disciples don’t want to think about such questions. They want nothing to do with her: “Send her away!” they tell Jesus. That’s what they tried to do not long ago when faced with more than 5,000 hungry people. “Send the crowds away,” the disciples said. “You give them something to eat,” said Jesus. This Canaanite woman isn’t going anywhere. She may not be Jewish but she calls out to Jesus in language of the Jewish prayer: “Have mercy on me, Lord, Son of David.” But Jesus isn’t swayed by familiar language. “I was sent only to the lost sheep of Israel,” he tells her.

She won’t give up. “Lord, help me,” she begs. This is where Jesus goes to the dogs: “It is not fair to take the children’s food and throw it to the dogs.” But the Canaanite woman is feisty and stubborn. The life of her daughter is at stake. She picks up his words and throws them right back: “Yes, Lord, yet even the dogs eat the crumbs that fall from their masters’ table.” When Jesus hears this, he says, “Woman, great is your faith!” But she hasn’t made any confession of faith. There’s no sign she’s been born again. She simply spoke the truth: the children have been fed — 5,000 men, besides women and children (Matt. 14: 13-21). Twelve baskets of food were left over — 12 baskets for the 12 tribes of Israel. Surely there’s enough for me and my daughter. That’s what Jesus finally heard and came to believe. “For saying that, you may go — the demon has left your daughter.”

Jesus was converted that day to a larger vision of the commonwealth of God. Jesus saw and heard a fuller revelation of God in the voice and in the face of the Canaanite woman. The woman’s truth is evident in the way Matthew tells this story. At the end of this chapter there is another feeding story. This time 4,000 men are fed — besides women and children — and there were seven baskets left over. Seven is the number of wholeness, completeness, a number encompassing the nations. Matthew has placed the story of Jesus and the Canaanite woman between these two feeding stories. The Canaanite woman taught Jesus that she and her daughter deserve more than crumbs. After this encounter Jesus went on to feed those who had not yet been fed.

If Jesus could be changed, can we? Every generation sees some people as “other” and puts them under the table. We could make a long list of people we see as different — different race, different customs, different religion. Two summers ago at one of the raucous town meetings, a white woman who looked a bit like me spoke through her tears, “What happened to my America? I want my America back.” I guess she meant an America where people look like her and me. Over the past 10 years, many in the United States have come to see Muslims as the other. They are the Canaanites — not only in this country but in Europe and Scandinavia. In protests against a proposed Muslim Cultural Center in lower Manhattan, people carried signs that read: “All I need to know about Islam I learned on 9/11.” Really? What if someone protested outside the church I attend with a sign saying: “All I need to know about Christianity I learned from Rev. Terry Jones.” Muslims have become Canaanites to many in our country. One candidate in the presidential primary race has called for a ban on building mosques in the U.S. Three states have enacted statutes against sharia, though there is no evidence that Muslims have proposed Islamic law for this nation (Andrea Elliott, New York Times, July 30.)

This week I went to get coffee at the deli across the street from Union seminary. “I’m a little dizzy,” said the kind man who always works in the afternoon. “You know it’s Ramadan,” he said, “and I haven’t eaten all day.” I realized that I had never asked him his name.

Perhaps we will behave like the disciples: “Send the Muslims away for they are ruining our country!” Or maybe we will be as willing to learn as Jesus was. Maybe in this month of Ramadan we will catch a larger vision of the commonwealth of God.

Editors Note: ON Scripture is a series of Christian scripture commentaries produced in collaboration with Odyssey Networks. Each week pastors from around the country will approach the lectionary text of the week through the lens of current events, providing a religious voice that is both pastoral and prophetic.