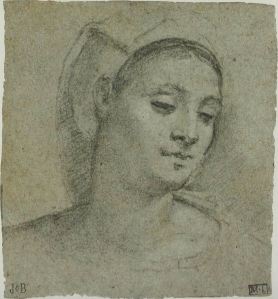 The Protestant Reformation (or Reformations) in Europe had ambiguous results for women; sacred text and religious debate became more accessible to more people, including women, but women’s roles were more exclusively confined to the domestic sphere. Gone was the escape route of monasticism for Protestant women.

Nevertheless, at the dawn of the magisterial reformation, a window opened for women writers, through which we catch a glimpse of these magisterial women reformer’s passion, religious conviction, and courage.

The period of the Reformation (or Reformations) challenged European society to accommodate a greater degree of difference, around fundamental matters, than had hitherto been thought possible. In that light, perhaps the last word should go to Olympia Fulvia Morata(1526-1555), an ill-fated Italian humanist scholar and representative of reformation thought, whose short life reflected the hazards of the period. In one of her poems, “To Eutychus Pontanus Gallus,” she writes:

Never did the same thing please the hearts of all,
and never did Zeus grant the same mind to all.
Castor is a horse-tamer, but Polydeuces is good with his fist,
both the offspring of the same bird.
And I, though born female, have left feminine things,
yarn, shuttle, loom-threads, and work-baskets.
I admire the flowery meadow of the Muses,
and the pleasant choruses of twin-peaked Parnassus.
Other women perhaps delight in other things.
These are my glory, these my delight.

A brief biography of Katharina Zell

excerpts from Elsie McKee, Church Mother: The Writings of a Protestant Reformer in 16th-century Germany