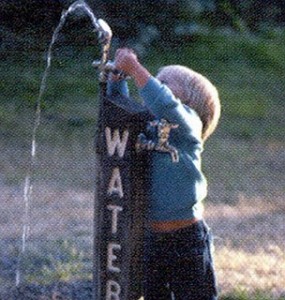 In a referendum held in Italy on 12-13 June, more than 27 million people expressed their will to repeal a law permitting water to be treated as a commodity, with a participation rate of 54.8% of voters, of whom almost 96% voted in favour. In the same referendum they said “no” to nuclear power plants, confirming the result of the previous referendum which took place in 1987, after Chernobyl.

“There is a strong will to take personal responsibility in the management of common goods” – commented Pastor Letizia Tomassone, vice president of the Federation of Protestant Churches in Italy (FCEI), after the announcement of the results of the referendum. The FCEI had been involved in the Italian initiative that had been promoting “2 Yes for Water as a Common Good.”

“In our churches there is quite a tradition of paying attention to these issues, influenced by the World Council of Churches – Ecumenical Water Network, the ECEN and also the materials prepared by the Commission on Globalisation and Environment (GLAM) of the Protestant Federation in Italy. Also the WCC International Ecumenical Peace Convocation held recently in Kingston, Jamaica, underlined” – Letizia Tomassone added, “that environmental justice is interconnected with economic and social justice and that it was a resource for peace”.

Other senior Italian churchmen had also spoken up for water as a public good. Cardinal Turkson, head of Vatican’s Pontifical Council for Justice and Peace, stated that water services should be provided by the government as part of their obligation to protect the common good. Bishop Mariano Crociata, secretary-general of the Italian bishops’ conference, had voiced concerns over the consequences of privatizing water services.

Monsignor Giuseppe Fiorini Morosini, Catholic bishop of Locri Gerace in Calabria, had openly encouraged people to support the referendum. He explained his decision for giving such outspoken advise by saying the referendum was “not about siding with one candidate or another; (…) it is about defending the common good.”

According to  Antonella Visintin, coordinator of the FCEI’s Commission on Globalisation and Environment, Italians now are confronted with a big challenge: the companies responsible for managing utilities “are to be transformed into public companies that guarantee the real participation of people and have a real accountability and transparency.” Since 2007, a citizen’s proposal for a law on this matter has been before the Parliament promoted by the Italian Forum of Movements for Water and signed by more than 400,000 people.