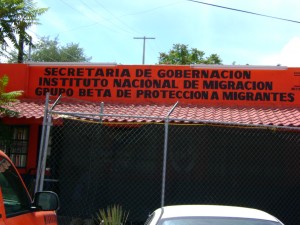 The San Francisco Fed is wading into the contentious debate over whether immigrants help or hurt employment for American citizens, in a paper that asserts new entrants to the nation help make almost everybody wealthier.

The report, published Monday, was written by Giovanni Peri, an economics professor at theUniversity of California, Davis. He is currently a visiting scholar at the bank. The report counters those who believe immigrants to the U.S. take away the jobs of citizens and depress wages.

“There is no evidence that immigrants crowd out U.S.-born workers in either the short or long run,” Peri writes. Instead, the evidence suggests “the economy absorbs immigrants by expanding job opportunities rather than by displacing workers born in the United States.”

The research offers a detailed analysis of how, rather than depressing the wages of native born workers, immigrants help to raise them over time, largely through immigrants’ overall stimulation of economic growth.

Peri’s work estimates that an inflow of immigrants equal to 1% of employment boosts income per individual by 0.6% to 0.9%. On a larger scale, “total immigration to the United States from 1990 to 2007 was associated with a 6.6% to 9.9% increase in real income per worker.”

Peri says that gain “equals an increase of about $5,100 in the yearly income of the average U.S. worker in constant 2005 dollars” for a gain that equals “20% to 25% of the total real increase in average yearly income per worker registered in the United States between 1990 and 2007.”

The paper didn’t differentiate between legal immigrants and those who come to the U.S. without proper documentation, counting all of those workers equally.

According to the U.S. Census Bureau, in 2007 a 153-million-person U.S. labor force counted nearly 23 million workers who weren’t born in the U.S. The Department of Homeland Securityestimated there were nearly 11 million illegal immigrants in the U.S. at the start of 2009, more than half of whom were from Mexico. That compares against just over 20 million legal residents, according to the government data.

The San Francisco Fed paper is sure to find many detractors, in a political landscape where immigration remains a complex and contentious affair. The Fed’s westernmost regional Fed branch hasn’t shied away from hot-button issues in its research, having earlier this year taken on the issue of whether extended unemployment insurance benefits drive up joblessness by making it too easy to be out of work. That paper concluded extended benefits–they have been pushed out due to the persistence of high unemployment levels–push up unemployment by only a modest amount.