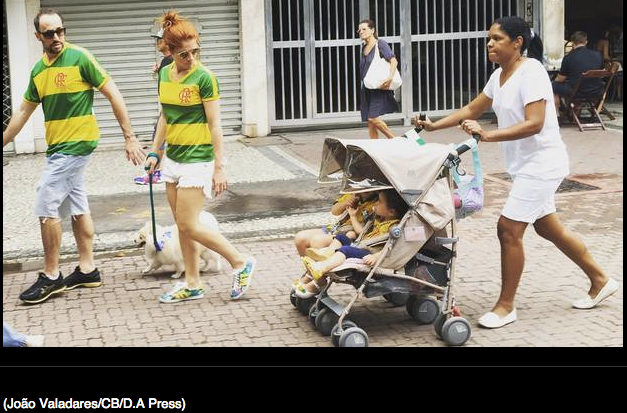 The impeachment of Dilma Rousseff, the first female president of Brazil, has been accurately described as a farce. Brazilian theologian Leonardo Boff termed it “the impeachment of an innocent president.” Soci­ologist and philosopher Michael Löwy called it a pseudo-legal coup, with many elements resembling the 1964 coup d’état, which led to a dictatorship lasting for 21 years.

The reelection of President Dilma (as she is known in Brazil) in 2014 revealed a political divide. From the moment of her reelection, powerful sectors of Brazilian society decided that they would not wait for another election and began to work to regain political control from Rous­seff’s Workers’ Party (Partido dos Trabal­hadores). Rousseff’s predecessor, PT leader Luiz Inácio Lula da Silva, had expanded social programs, which lifted 36 million people out of poverty and into the middle class. In response, an opposition alliance was formed involving members of the private sector, traditional political figures, and the mainstream media. Leading newspapers and the television network Globo (one of the most powerful media empires in the world) devoted considerable time and space to reporting on widespread corruption associated with Rousseff and the PT.

Operation Car Wash, an investigation into corruption initiated in 2014 by the Federal Police of Brazil (it was named after a gas station and car wash operation allegedly used for money laundering), selectively leaked information to the media and became a political instrument used to chastise Rousseff’s party and its allies. Though politicians from opposition parties have appeared in the investigation, only PT politicians and their allies have been sent to jail. Yet at no moment did Dilma’s administration intervene in the investigation. And despite their freedom to scrutinize her administration, investigators were un­able to find evidence that Rousseff was involved in any act of corruption.

However, the slowing of the Brazilian economy after successive years of growth deeply affected Rousseff’s image. Main­stream media, in conjunction with opposing parties, bombarded the public with news of economic decline, high unemployment, and “international concerns” for Brazil’s future. This activity spread the image of a president unable to lead—an accusation easy to make in a society deeply ingrained with patriarchal views. Such efforts helped build support for the impeachment, mostly from the middle and upper classes who were tired of the alleged socialism of the government—rhetoric promoted by political leaders deeply involved in corruption and trying to save their own political future.

Since Rousseff was not found to be corrupt, her impeachment had to be based on something else. She was accused of unauthorized use of parts of the government budget to pay for social programs. Previous presidents and sitting governors and mayors have often resorted to that kind of move to keep the government functioning. A few days prior to Rous­seff’s impeachment, a public prosecutor in Brasilia declared that Rousseff had not committed any “crime of responsibility,” showing that there were no constitutionally viable grounds for impeachment. In early September, two days after the impeachment, the same senate that voted to oust Rousseff approved a law changing the limits on the use of supplementary credits, making legal exactly the kind of budgetary decision it had cited to justify her impeachment.

The impeachment process was judicial cover for a political maneuver. On the day of the vote, Senator Acir Gurgacz of the Labor Party explained his vote for Rousseff’s impeachment to the press: “There was no crime, but I voted for her impeachment. She lacked political support to continue her mandate.” Joaquim Barbosa, former president of the Brazilian Supreme Court, called the impeachment procedures “pathetic.”

In an editorial on August 27, Le Monde wrote, “If this is not a coup, it is at least a farce. And the real victims of this policy tragicomedy unfortunately are the Brazilian people.” Many international voices have denounced the undemocratic maneuver to take down an elected president in the largest Latin American country.

The Brazilian oil company PETROBRAS has been at the epicenter of corruption charges, and the struggle for control of giant offshore oil reserves should not be discounted as a factor influencing this process. Whereas PT administrations wanted to keep exploration of “pre-salt” oil reserves—the oil lies under domes of salt—mostly under the control of the Brazilian government, the opposition, in conjunction with the Brazilian congress, aims to sell operation rights to multinational companies without much regulation or accountability. Latin America has a long history of colonial and neocolonial alliances involving local elites and foreign political and economic interests, and there have been concerted efforts to topple left-wing governments in the region. Considering this, the ousting of President Rousseff and the attempt to dismantle the Brazilian left are not isolated events.

Some of the most vocal politicians in favor of the impeachment were evangelical leaders. In 2010, 44 million Brazilians, or about 22 percent of the entire population, identified themselves as evangelical or Protestant, and that growth has led to political influence. Neo-Pentecostals have led the evangelical boom and have uniquely contributed to the development of an evangelical political ideology.

The Frente Parlamentar Evangélica, one of the most influential caucuses in the Brazilian parliament, exemplifies that ideology. Politicians elected by large evangelical constituencies occupy important special commissions in the parliament—such as the Commission on the Statute of the Family—and their projects include finding a “cure” for homosexuality and a definition of family that excludes nonheterosexual persons. In the past few years, FPE has allied with other conservative caucuses (including a powerful rural landowners bloc and the so-called bullet bloc, which lobbies to ease strict firearms control) to advance proposals such as reducing the minimum age of criminal responsibility, punishing doctors who perform abortions, and changing the demarcation of indigenous lands. Together these groups consistently blocked any proposal Rousseff sent to the Congress for two years, bleeding an already weakened administration to death.

Jair Bolsonaro—a member of Con­gress often referred to as the Brazilian Trump—honored the colonel who tortured Rousseff when she was a part of a guerrilla political movement in the 1970s. Bolsonaro, recently baptized by an evangelical pastor in the Jordan River, already has supporters for the 2018 presidential election.

Such agendas are extremely relevant in a society that continues to be particularly unjust and violent for women (a woman is killed in Brazil every two hours and assaulted every 15 minutes), black youth (one young black Brazilian is killed every 23 minutes), indigenous peoples (more than 130 indigenous persons are killed by armed farmers in land conflicts every year), and LGBTQ people (according to Transgender Europe’s Trans Murder Monitoring Project, Brazil is the country with the highest rate of murders of LGBTQ persons in the world).

The Brazilian National Council of Churches, the National Conference of Catholic Bishops in Brazil, the United Presbyterian Church, and the Alliance of Baptists of Brazil have unequivocally condemned Rousseff’s impeachment and warned about the neoliberal agenda of the incoming administration and its impact on the poor and marginalized groups.

Though unwarranted, the impeachment of Rousseff was to some extent a self-inflicted wound by her government. The successful re­forms that led to expanded social programs were not accompanied by structural political reforms. Colonial roots of power and social relations remained untouched, making it easier for oligarchy to assert control. Further­more, Rousseff appointed neoliberal economists and politicians to first-rank positions, placing her administration in the hands of those who eventually be­trayed her. Frei Betto, who worked in the Lula administration, has said that “not a single fundamental reform—agrarian, tributary, political, social security, education, health—was done. The inequality between rich and poor remains obscene. PT exchanged a project for a new Brazil for a project of power.” Lula himself has been charged with negotiating oil contracts to benefit his family.

For now, the political project aimed at turning Brazil into a country for everyone has been frustrated. Now is the time to turn back to popular movements and networks formed by those who continue to resist the politics of revenge and intolerance on a daily basis, regardless of the success of grand political projects. As Brazilian musician Gilberto Gil sings: “Our love is like a grain / seed that needs to die in order to flourish.”

A version of this article appears in the November 9 print edition under the title “A coalition to impeach.”