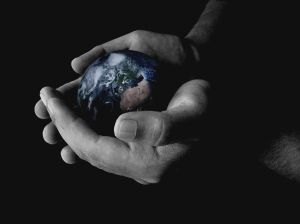 INDIANAPOLIS – In a time of slow recovery from the recession and growing income inequality among American workers, Presbyterians must not forget that God also has some ideas about economic theory and income distribution.

Human rights ― employment for all, the elimination of hunger and poverty, universal affordable health care and social security in sickness and old age ― are the hallmarks of God’s oikonomia, or economy.

Gloria Albrecht, an ethics professor from Detroit, and Bill Saint of Fairfax, Va.,, a development specialist and former employee of the World Bank, told the National Elders conference Friday, July 1, that God has provided us enough to go around.

“If we do it right, there’s enough for all,” said Albrecht, co-moderator of the PC(USA)’s Advisory Committee on Social Witness Policy. “It’s how we choose to distribute the ‘enough’ that’s in God’s economy” that has created the sharp spike in income inequality and other serious problems over the past 30 years or so.

She said that one of the moral principles in God’s economy is that people of faith can use their work as a vocation, serving both God and neighbor.

“It’s not just priests and nuns who serve God through their work,” Albrecht said.

In response to a mandate by the 219th General Assembly, ACSWP is studying the effects of the most recent recession. Albrecht and Saint used elders’ input during a 90-minute workshop to help shape the committee’s report.

In small groups, elders answered such questions as “What moral principles do you see in God’s economy” and “How can we live in the economy of God?”