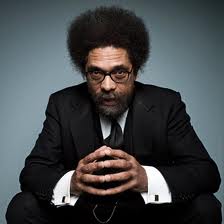 Cornel West, Class of 1943 University Professor at Princeton University, is among the most prominent public intellectuals of our time. “Bluesman in the life of the mind and jazzman in the world of ideas,” as West often describes himself, he is the author of numerous books, including The American Evasion of Philosophy, Race Matters, The Cornel West Reader, andDemocracy Matters. Along with Judith Butler, Jürgen Habermas, and Charles Taylor, West participated two years ago in a major public symposium c0-sponsored by the SSRC. Held in the historic Great Hall of New York City’s Cooper Union, the event resulted in the recent publication of The Power of Religion in the Public Sphere, released earlier this year by SSRC and Columbia University Press, and co-edited by Eduardo Mendieta andJonathan VanAntwerpen. Listen to audio of West’s talk, entitled “Prophetic Religion and the Future of Capitalist Civilization,”here. Learn more about Cornel West and his work here: http://www.cornelwest.com/about.html

Eduardo Mendieta: Brother West, what is philosophy and do you think we need a new definition of it today, in light of what we can call, in shorthand, a globalized planet?

Cornel West: I would want to conceive of philosophy as grounded in the very long humanist tradition that is the best of the West, which is open to the East and North and South. But what I mean by that is that I begin with “humando,” which means burial. I begin with the humanity and the humility, which are very different than the biological species homo sapiens. Humanity versus homo sapiens—very different things. We are biological creatures, we are animals, no doubt, but when you talk about “humando,” you’re talking about that particular kind of animals who are aware of their impending extinction, who have the capacity to be sensitive to catastrophe and disaster and calamity and profound crisis. The question for me is, how do we love wisdom—philosophia—in the face of impending catastrophe, given the kind of thinking, loving, caring, laughing, dancing animals that we are?  So, it’s a very, very historicist, contextualist, fallibilist, concrete, fleshified conception of philosophy.

EM: So philosophy is a response to human finitude?

EM: But does globalization impact the way in which we live, experience, and confront that finitude?

CW: Yes, because when we think of globalization we are thinking in part of structures and institutions that have been developed over time and that have allowed us to become more interdependent and interrelated. But the development, the extraordinary development, of those structures and institutions has not fundamentally transformed our humanity. We are still those animals with fears and anxieties and insecurities in the face of death and dread and disappointment and disease. So that’s my connection to what I’m calling this long, grand humanist tradition, which goes all the way back to Socrates and on through Augustine, through Erasmus, through Vico, through Marx, through Gadamer. . . . It’s an old style of humanist tradition, but it’s one that I take quite seriously.

EM: You use the word style. Could you say that it is a practice? In Democracy Matters, you talk aboutparrhesia, and parrhesia as a practice—so philosophy itself is a practice. What is your practice?

CW: I would go with Pierre Hadot and say that the love of wisdom is a way of life; that is to say, it’s a set of practices that have to do with mustering the courage to think critically about ourselves, society, and the world; mustering the courage to empathize; the courage, I would say, to love; the courage to have compassion with others, especially the widow and the orphan, the fatherless and the motherless, poor and working peoples, gays and lesbians, and so forth—and the courage to hope. So, it is a way of life, a set of practices, no doubt, but, at the same time, I call it a kind of focus on the funk. And what I mean by that is—you remember that wonderful letter by one of my great heroes, Samuel Beckett, where he says “Heidegger may talk about being and Sartre may talk about existence, but I talk about the mess. And my fundamental aim as an artist is to try to find a form that accommodates the mess?” Well, Beckett’s mess is my funk. And by funk, what I mean is, wrestling with the wounds, the scars, the bruises, as well as the creative responses to wounds, scars, and bruises—some of them inflicted because of structures and institutions, some of them being tied to our existential condition, in terms of losses of loved ones, in terms of diseases, in terms of betrayals of friends, and so forth; all of these are wounds and scars and bruises. And it’s at that very concrete level that my concept of philosophy operates. That’s one reason why I spend as much time with poets and musicians as I do with philosophers in my love of wisdom, in my particular conception of philosophy. So, it’s Chekhov, Beckett, and Kafka as much as Beethoven, Stephen Sondheim, and Curtis Mayfield. These are persons who in their conceptions of their vocations are trying to make sense of the world at this very, very—what would be the right word?—ground-level engagement with the mess, Beckett’s term, or the funk, my own term.

EM: You’re also a man of religion, of theology. Are there any German theologians that you’ve been influenced by? And what about the political theologians?

CW: I think Moltmann hit me very hard early in life, going all the way back to his theologies of hope. Who would be some of the others?

CW: Dorothee Sölle was my colleague at the Union Theological Seminary. We talked together for many years. She and I had a common interest in the Frankfurt School, and I would teach a lot of Walter Benjamin—the ninth thesis of the “Theses on the Philosophy of History” and history as catastrophe and so on. She was very, very much influenced by the Frankfurt School of Adorno and Benjamin, being herself a German theologian in New York City. I was very blessed to be a colleague of Dorothee Sölle. I shall always remember her. Moltmann and Sölle are probably the two most influential—probably because, you know, I have such a profound suspicion of theology.

EM: I was going to ask you next about that, about the relationship between philosophy and theology.

CW: Absolutely, because my suspicions of philosophy, of course, are very deep, given my Gadamarian sensibilities and Wittgensteinian proclivities—of the ways in which philosophy becomes a form of escape, a form of abstracting from our lived experience. And how do we sustain our critical engagement with the everyday, with the quotidian, with the commonplace, with ordinary sense, with common sense, in Wittgenstein’s language? So theology, for me, becomes even twice removed; it’s a kind of double pretentiousness. Here you’re talking about God, oh my God. It reminds me that, at the very end of Aquinas’s life, after writing the Summa, after writing these volumes of theology, he had a mystical experience and said, “it all seems like straw.” It’s like straw in the wind, and he’s almost wishing that he’d never even embarked on it. Theology as a science, but there’s no living scientist to get at. Now, what does that mean? What it means is that when you’re talking about theology, you’re essentially talking about the fallible claims of mortals who generate various kinds of stories and narratives to impose some kind of meaning on a world of profound mystery, stories in which God is an agent. There’s a whole host of other kinds of stories, in which God is not an agent, but God is an agent in those stories that constitute religious traditions, and that accent our intellectual humility and try to get us to be much more preoccupied with the kinds of persons we are, rather than with the kind of transcendental claims that we make about the world. And, again, I’ve got a kind of historicist, contextualist, fallibilist, anti-foundationalist stance that pushes us toward the kinds of persons we are, the kinds of praxis we enact, the kinds of context in which we find ourselves.

EM: But don’t you think that religion requires something like theology to articulate that experience of, to use Schleiermacher’s expression, “utter dependence”?