The students of the class “Intro to Worship” created beautiful Eucharistic Tables based on Biblical Texts.

See how they did it: 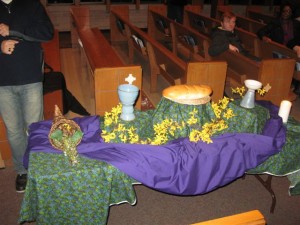 John 15:5-10 – 5I am the vine, you are the branches. Those who abide in me and I in them bear much fruit, because apart from me you can do nothing. 6Whoever does not abide in me is thrown away like a branch and withers; such branches are gathered, thrown into the fire, and burned. 7If you abide in me, and my words abide in you, ask for whatever you wish, and it will be done for you. 8My Father is glorified by this, that you bear much fruit and become my disciples. 9As the Father has loved me, so I have loved you; abide in my love. 10If you keep my commandments, you will abide in my love, just as I have kept my Father’s commandments and abide in his love. Table: 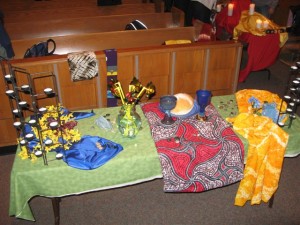 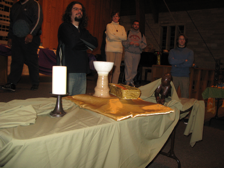 Matthew 6:5-14 5“And whenever you pray, do not be like the hypocrites; for they love to stand and pray in the synagogues and at the street corners, so that they may be seen by others. Truly I tell you, they have received their reward. 6But whenever you pray, go into your room and shut the door and pray to your Father who is in secret; and your Father who sees in secret will reward you. 7“When you are praying, do not heap up empty phrases as the Gentiles do; for they think that they will be heard because of their many words. 8Do not be like them, for your Father knows what you need before you ask him.  9“Pray then in this way: Our Father in heaven, hallowed be your name. 10Your kingdom come. Your will be done, on earth as it is in heaven. 11Give us this day our daily bread. 12And forgive us our debts, as we also have forgiven our debtors. 13And do not bring us to the time of trial, but rescue us from the evil one. 14For if you forgive others their trespasses, your heavenly Father will also forgive you; 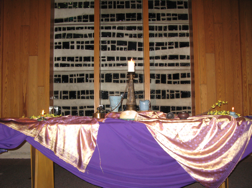 John 3: 1-17 3Now there was a Pharisee named Nicodemus, a leader of the Jews. 2He came to Jesus by night and said to him, “Rabbi, we know that you are a teacher who has come from God; for no one can do these signs that you do apart from the presence of God.” 3Jesus answered him, “Very truly, I tell you, no one can see the kingdom of God without being born from above.” 4Nicodemus said to him, “How can anyone be born after having grown old? Can one enter a second time into the mother’s womb and be born?” 5Jesus answered, “Very truly, I tell you, no one can enter the kingdom of God without being born of water and Spirit. 6What is born of the flesh is flesh, and what is born of the Spirit is spirit. 7Do not be astonished that I said to you, ‘You must be born from above.’ 8The wind blows where it chooses, and you hear the sound of it, but you do not know where it comes from or where it goes. So it is with everyone who is born of the Spirit.” 9Nicodemus said to him, “How can these things be?” 10Jesus answered him, “Are you a teacher of Israel, and yet you do not understand these things? 11“Very truly, I tell you, we speak of what we know and testify to what we have seen; yet you do not receive our testimony. 12If I have told you about earthly things and you do not believe, how can you believe if I tell you about heavenly things? 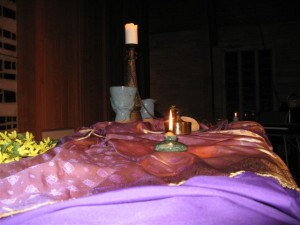 13No one has ascended into heaven except the one who descended from heaven, the Son of Man. 14And just as Moses lifted up the serpent in the wilderness, so must the Son of Man be lifted up, 15that whoever believes in him may have eternal life. 16“For God so loved the world that he gave his only Son, so that everyone who believes in him may not perish but may have eternal life. 17“Indeed, God did not send the Son into the world to condemn the world, but in order that the world might be saved through him. 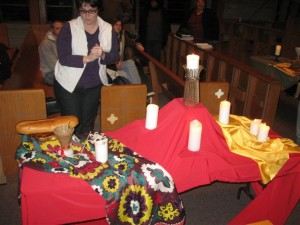 Acts 2:1-13 2When the day of Pentecost had come, they were all together in one place. 2And suddenly from heaven there came a sound like the rush of a violent wind, and it filled the entire house where they were sitting. 3Divided tongues, as of fire, appeared among them, and a tongue rested on each of them. 4All of them were filled with the Holy Spirit and began to speak in other languages, as the Spirit gave them ability. 5Now there were devout Jews from every nation under heaven living in Jerusalem. 6And at this sound the crowd gathered and was bewildered, because each one heard them speaking in the native language of each. 7Amazed and astonished, they asked, “Are not all these who are speaking Galileans? 8And how is it that we hear, each of us, in our own native language? 9Parthians, Medes, Elamites, and residents of Mesopotamia, Judea and Cappadocia, Pontus and Asia, 10Phrygia and Pamphylia, Egypt and the parts of Libya belonging to Cyrene, and visitors from Rome, both Jews and proselytes, 11Cretans and Arabs—in our own languages we hear them speaking about God’s deeds of power.” 12All were amazed and perplexed, saying to one another, “What does this mean?” 13But others sneered and said, “They are filled with new wine.” 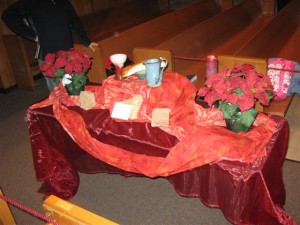 Luke 22:14-23 14When the hour came, he took his place at the table, and the apostles with him. 15He said to them, “I have eagerly desired to eat this Passover with you before I suffer; 16for I tell you, I will not eat it until it is fulfilled in the kingdom of God.” 17Then he took a cup, and after giving thanks he said, “Take this and divide it among yourselves; 18for I tell you that from now on I will not drink of the fruit of the vine until the kingdom of God comes.” 19Then he took a loaf of bread, and when he had given thanks, he broke it and gave it to them, saying, “This is my body, which is given for you. Do this in remembrance of me.” 20And he did the same with the cup after supper, saying, “This cup that is poured out for you is the new covenant in my blood. 21But see, the one who betrays me is with me, and his hand is on the table. 22For the Son of Man is going as it has been determined, but woe to that one by whom he is betrayed!” 23Then they began to ask one another, which one of them it could be who would do this. 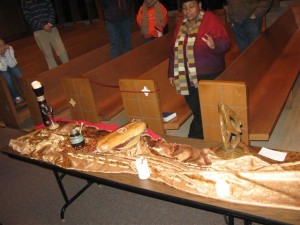 1 John 4:7-21 7 Beloved, let us love one another, because love is from God; everyone who loves is born of God and knows God. 8Whoever does not love does not know God, for God is love. 9God’s love was revealed among us in this way: God sent his only Son into the world so that we might live through him. 10In this is love, not that we loved God but that he loved us and sent his Son to be the atoning sacrifice for our sins. 11Beloved, since God loved us so much, we also ought to love one another. 12No one has ever seen God; if we love one another, God lives in us, and his love is perfected in us. 13 By this we know that we abide in him and he in us, because he has given us of his Spirit. 14And we have seen and do testify that the Father has sent his Son as the Saviour of the world. 15God abides in those who confess that Jesus is the Son of God, and they abide in God. 16So we have known and believe the love that God has for us. God is love, and those who abide in love abide in God, and God abides in them. 17Love has been perfected among us in this: that we may have boldness on the day of judgement, because as he is, so are we in this world. 18There is no fear in love, but perfect love casts out fear; for fear has to do with punishment, and whoever fears has not reached perfection in love. 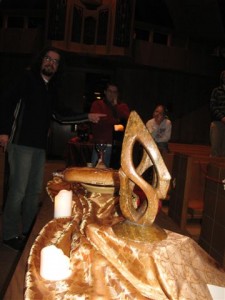