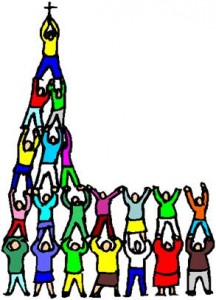 Swiss churches are asking if the church is necessary for people to have faith. The question is prompted by statistics which show that 80% of young people in Switzerland believe in God but only 20% feel close to a church.

An interfaith group of panelists took up the debate at an open forum hosted by the Swiss Federation of Protestant Churches (FEPS) during the World Economic Forum (WEF) in Davos, Switzerland last week. The session on 28 January was titled “Does Faith Need Religious Institutions?”

In a response issued on Monday to the discussion, Setri Nyomi, general secretary of the World Communion of Reformed Churches (WCRC), comments that the question should rather be “Does action based on faith need the church?”

The answer to that question is an unequivocal “yes”, Nyomi believes. Noting that Tuesday, 1 February marks the start of the first annual observance of a United Nations’ sponsored week to promote understanding and peaceful relations among the world’s faith groups, Nyomi says:

“As we prepare to engage in the first World Interfaith Harmony Week, we are conscious of how WCRC’s church-based programme for justice offers individual Christians the opportunity to join with people of other faith traditions and put their values and beliefs into action for economic rights and environmental protection.”

The Ghanaian theologian adds “This will broaden and enrich our individual efforts to respond to the needs of the damaged and hurting world that we share with our neighbours of all religions.”

The General Secretary notes he agrees with the input of the President of the Council for the Federation of Swiss Protestant Churches, Gottfried Locher, to the debate about whether faith needs the church. Locher, an officer of the World Communion of Reformed Churches, indicated at the debate in Davos that the church is “not just a human institution that we want to secure, but a movement that ought to continue”.

“Clearly, it’s easier and more effective for an individual believer to put his or her faith into action with a group of believers than alone,” Nyomi says.