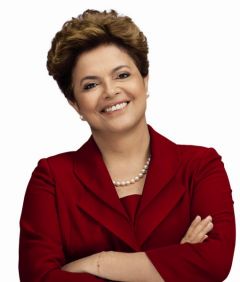 October 31 will always be remembered as one of the most precious moments in the history of Brazil. On this day, Dilma Vana Rousseff was elected the first woman to be the president of Brazil.  She was able to win the machismo that pervades Brazilian culture and will continue the process of liberation for the poor initiated with Lula. Lula’s 8 years of presidency is ending with more than 80% of  approval. Lula’s government  has changed deep structures of injustice in Brazil. When he  received the Diploma of President of Brazil, Lula cried and said: “The first diploma of my life is the diploma of the president of my country.” Throughout his presidency, he had to fight the class criticism that was underneath every attempt to dismiss his qualities and his work.

On the day Dilma Rouseff was elected in her speech she said: “Today I want every woman to look at the eyes of all of our girls throughout Brazil and say: yes, we, the women of this country, can!” Dilma will have enormous challenges ahead of her and one among them will be the struggle against gender injustices. 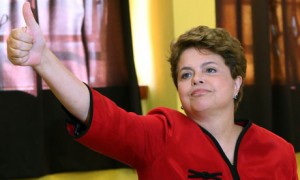 In her initial speech she said:

“My first post-election commitment is to honor Brazilian women so that this fact, unprecedented until now, becomes a normal occurrence that is repeated and expanded in companies, public institutions, and organizations that are representative of our entire society…I would like very much today for fathers and mothers of daughters to look in their eyes and tell them: ‘Yes, a woman can.'” 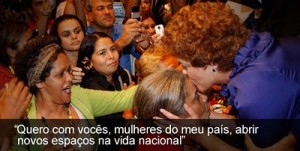 Dilma was deeply committed and fought against Brazil dictatorship, occupied positions in the state of Rio Grande do Sul and Was a fundamental part of Lula’s government. She is called radical, marxist and guerrila fighter but she is far from marxist these days. Nonetheless, she promised to eradicate Misery: “I reiterate my fundamental promise: the eradication of poverty,” she said. “We must not rest while there are Brazilians going hungry.” That promise made Leonardo Boff says: “A woman, Princess Izabel, abolished slavery. Another woman, Dilma, promised the second abolition, the abolition of misery. Oxalá she will be able to do it.” 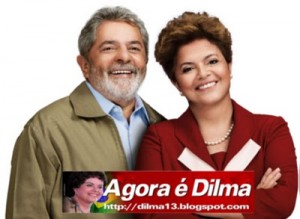 We have been blessed to have Lula and Dilma as president of Brazil. Lula, the first president that came from the bottom of society, and Dilma, the first woman to lead this enormous country made of differences, richness and misery, complexities and fascination. 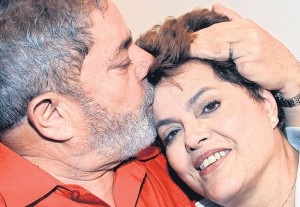