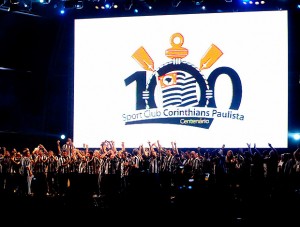 Corinthians is the most important soccer team in Brazil and in the world. Only in Brazil it has 30 million crazy fans, a population larger than several countries around the world. Corinthians is the team of the people, of the poor people.  Corinthians is a way of being, it goes beyond soccer. Corinthians is a nation, one who goes through struggles and hardships with the certainty that its team will be there for them. In São Paulo, factories increase their production on Monday every time Corinthians win on Sunday. After a victory, families get better connected, people offer ways of living together and healing happens. Without Corinthians, Brazil would not be the joyful and diverse and precious country that it is today… 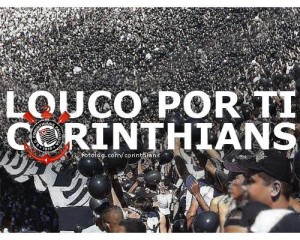 Corinthians was the world champion in 2000 and has won 97 other championships.The president of Brazil, Lula, is a crazy Corinthians fan. Ronaldo, one of the best five soccer players in history, now plays for Corinthians.

Today, September 01, Corinthians celebrates its 100 birthday and I want to share with you a version of the Corinthians anthem in English. Here is the link to watch and listen to it.

Also, here is the link of the website in English: http://www.corinthians.com.br/internacional/_en/index.htm 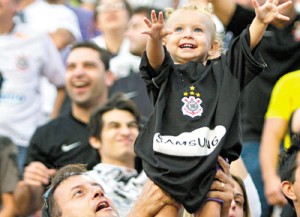