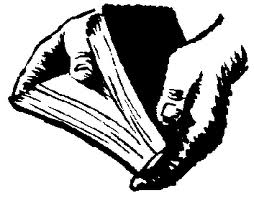 Rev. Otis Moss III, senior pastor of Trinity United Church of Christ in Chicago, bluntly told a chapel full of pastors gathered yesterday at Emory University that Tweeting and other digital media are tools they need to embrace: “There is a lot of 8-track preaching in an MP3 world.”

Moss called for a “360 degree homiletic” that embraces cultural and technological changes rather than rejecting them. He peppered his lecture with astute cultural references, making the case, for instance, that the four pillars of hip-hop culture (graffiti, deejaying, breakdance, and rap) have a place in an ecclesiastical setting (defined by Moss in context as visual art, such as stained glass; use of technology, such as prerecorded music and video; movement of both preacher and audience; and oral culture).

But it was his references to the improvisational nature of jazz music that drove home his theme. “When we have the courage to step outside,” as jazz soloists must do, Moss said, “we may fail, but we find our voice. That is what we are called to do.

“Find that supportive group of people who may not sound just like you, but can play in the band,” he continued. “You all can make music together and that’s when the church works at its best and preaching works at its best.”

Moss is one of eight national preaching stars sharing lectures, sermons, worship moments and creative processes during the “Art of Preaching in the 21st Century,” a three-day conference sponsored by Emory’s Candler School of Theology.

The event, which runs through Oct. 12, is designed to help preachers improve their techniques for delivering a great sermon and explore the challenges facing them in the digital age. It takes place in Cannon Chapel on Emory’s campus.

Conference organizer Rev. Thomas G. Long, Candler’s Bandy Professor of Preaching, delivered a lyrical sermon that explored the contradiction between Jesus’ request to his disciples in Luke 9 to “take nothing” with them when preaching the gospel, while the mission of seminaries—and even the conference—was to pack preachers’ heads with information, processes and anecdotes to make them better at their jobs.

“I am sick to the point of nausea at people who go out into the pulpit with nothing,” quipped Long, named one of the top 12 preachers in the English speaking world.

Quickly, a more serious Long deftly shifted toward his point. “I think Jesus is calling us to recognize that none of us can go out to preach the Kingdom if we believe we are taking the Kingdom to people. Rather we must identify the Kingdom that is already at work in them,” he said.

Rev. Anna Carter Florence, Peter Marshall Associate Professor of Preaching and Worship at Columbia Theological Seminary in Decatur, challenged both preachers and parishioners to take active roles in their communities.

Candler’s Teresa Fry Brown mixed matter-of-fact discussion about rhetorical strategies in preaching with a passionate, even accusatory, call for preachers to change their way of doing business.

“The problem with the 21st century pulpit is that there are too many cowardly preachers,” said Fry Brown, professor of homiletics, director of Black Church Studies, and the first African American woman to attain the rank of full professor at Candler.