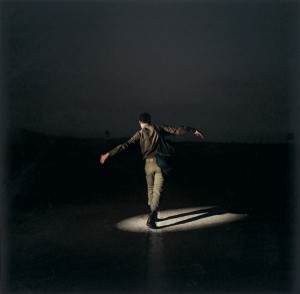 Christians involved in church-based gender justice movements say that men must develop a sense of positive masculinity in order to counter increasing levels of violence by men against women. Citing reports by the United Nations and human rights groups that the extent and type of violent attacks on women is escalating, representatives of global church organizations say initiatives aimed at changing male patterns of behaviour are urgently needed.
“Mass rapes in the Congo, mutilation, domestic violence, dowry murders, honour killings: these horrors must stop,” says Setri Nyomi, general secretary of the World Communion of Reformed Churches (WCRC), ahead of the International Day for the Elimination of Violence against Women (25 November).

“There is violence too within the church – in parishes and in church members’ homes,” Nyomi adds. “We are aware of systemic violence that puts down women and their gifts in many structures and communities. Yet too often we turn a blind eye or are silent before what we know to be happening even though our faith teaches us that women and men are created in God’s image.”

In an effort to stem the rising tide of violence against women, WCRC is collaborating with the World Council of Churches (WCC) and other faith-based organizations to develop a worldwide network of men’s groups that challenge conventional images of masculinity which promote the ideal man as strong, dominant, and in charge. This image, church gender justice advocates say, justifies the use of violence to resolve conflict and to establish male control of public, faith and domestic spheres.

“We cannot remain silent about the reality of violence against women and the responsibility of men to address this,” says WCC’s general secretary, Olav Fykse Tveit. “We believe that there is inspiration in our faith for life together in love and mutual respect. As Christians, we see women and men as equal.”

To mark the international day, the WCRC and the WCC are co-publishing a manual of resources for use by churches, seminaries and civil society groups to promote new images of positive masculinity.

“For the WCC, this gender training manual is an important contribution to the process of building a just, peaceable community made up of women and men that bears testimony to our Saviour’s call for unity. I recommend it to all our member churches,” says Tveit. “We need to bear witness to what ‘being one’ can do to help transform relationships between men and women.”

The manual Created in God’s Image: From Hegemony to Partnership – a set of guidelines for discussion, theological reflection and bible study has been developed from work at the local level, encouraged by workshops and encounters in church halls and community centres.

Co-edited by Philip Vinod Peacock and Patricia Sheerattan-Bisnauth, who is responsible for gender justice programme with WCRC, the manual provides tools for workshops with men at the community level.

“A more positive image of masculinity is needed”, says Philip Vinod Peacock, a theologian and deacon with the Church of North India . “When we move away from a situation where men seek to dominate women and into situations where men and women are in partnership, we will be more faithful to God.”

“The idea is for men to recognize that patterns of male violence against women result from negative images of masculinity – images of men as warriors and gods,” Peacock says. “We want them to see that there are other images for men that see strength in partnership with women rather than dominance over them. We need to look to biblical teachings which present those alternate images of partnership between men and women,” says Peacock.

Partners in the initiative include the World YWCA, Lutheran World Federation (LWF), World Student Christian Federation (WSCF), and the World Alliance of YMCA’s.

“Concepts of masculinity and gender are explored with the aim of enabling men to become more conscious of gender as it affects their own lives as well as those of women,” Sheerattan-Bisnauth.

“The manual aims to strengthen men’s role in ending gender violence. It provides an inclusive approach for men to participate in transforming gender relations which produces male violence,” the Guyanese theologian declares.

The manual, Created in God’s Image: From Hegemony to Partnership is available in PDF format at http://www.wcrc.ch/sites/default/files/PositiveMasculinitiesGenderManual_0.pdf

Print copies are available for 15 US dollars or 15 Swiss francs by contacting wcrc@wcrc.ch

See below for links to additional resources.

The World Communion of Reformed Churches (WCRC) was created in June 2010 through a merger of the World Alliance of Reformed Churches (WARC) and the Reformed Ecumenical Council (REC). Its 230 member churches representing 80 million Christians are active worldwide in initiatives supporting economic, climate and gender justice, mission, and cooperation among Christians of different traditions.

The World Council of Churches promotes Christian unity in faith, witness and service for a just and peaceful world. An ecumenical fellowship of churches founded in 1948, today the WCC brings together 349 Protestant, Orthodox, Anglican and other churches representing more than 560 million Christians in over 110 countries, and works cooperatively with the Roman Catholic Church. The WCC general secretary is Rev. Dr Olav Fykse Tveit, from the [Lutheran] Church of Norway . Headquarters: Geneva , Switzerland .

World Communion of Reformed Churches
November 23, 2010
Additional resources are available for use by faith and civil society groups.

“What it takes to be a man: Bongani’s story.”
http://www.oikoumene.org/en/programmes/the-wcc-and-the-ecumenical-movement-in-the-21st-century/women-in-church-and-society.html
“Cries of Anguish, Stories of Hope”: http://women.overcomingviolence.org