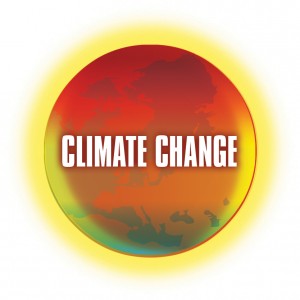 BUDAPEST – The first stage of groundbreaking direct dialogue between the Conference of European Churches (CEC), the World Council of Churches (WCC) and the Latin American Council of Churches (CLAI) has produced a statement declaring that “climate justice is a matter of faith.” The consultation — Poverty, Wealth and Ecology in Europe — ended here Nov. 12. It was organized by CEC and the WCC in cooperation with churches in Hungary. Read the document below:

We, delegates of churches from 32 European countries and participants from churches from all over the world met in Budapest from 8 – 12 November 2010 for the consultation “Poverty, Wealth and Ecology in Europe”. The consultation was part of a broad ecumenical process initiated by the General Assembly of the World Council of Churches in Porto Alegre in 2006.

In visiting local communities, we have been faced with the impacts of the economic crisis in Hungary. We have learned about the exclusion of Roma and the difficulties of migrants. We have discussed widespread poverty in the rich continent of Europe, worsened by the present financial collapse. We are concerned by growing injustice, social polarisation and sharpening regional disparities of Europe. We note the broad social and economic gap between old and new member states of the European Union. We recognise that great sections of Eastern Europe and many in the Western parts in the present situation are confronted with the suffering of people living under abject poverty, and that this is therefore a priority of the churches concerned. We acknowledge that we are part of societies which are obsessed by the ideology of growth and consumerism. We demand that people should be in the centre of economic policies.

We have criticised the primacy of economy over people and creation as a whole. We recognise the relational character of life in the ‘community of creation’ and the special God-given responsibility of human beings in this community. We recognise the fundamental interdependence between human societies and the rest of creation, and their ultimate dependence on God the Creator, the Redeemer and the Sustainer. Therefore, we as the people of God are called to participate in the work of God in this world, extending God’s love and care to all human and non- human members of the ‘community of creation’.Budapest Call for Climate Justice – Addressing Poverty, Wealth and Ecology – Final –

We recognise that unsustainable methods of wealth creation and the adherence to unlimited growth impoverish communities and harm creation as a whole. We have learned how challenges of injustice and climate change are interlinked. We have stressed that social and climate justice belong together.

In the light of these insights, which we identify as signs of a profound spiritual crisis, we, the delegates of European churches released the Budapest Call for Climate Justice – addressing poverty, wealth and ecology.

“And what does the Lord require of you? To act justly and to love mercy and to walk humbly with your God”. (Micah 6,8)

I. The Great Challenge calls for the Great Transition

The world is confronted with urgent challenges. The global impacts of climate change are the greatest threat to the future of our planet. The concurrence of climate change, limitation of fossil fuels, climate change induced migration, food crisis, water crisis, energy crisis, biodiversity crisis and the 2008-2009 financial and economic crisis, deepening the debt crises affecting individuals and states, might be indicators that the whole system of production, consumption, profit maximisation, poverty and ecological destruction prevailing in industrialised countries runs into a deep and open-ended transformation crisis. The concurrence of these crises calls for urgent action.

To handle these challenges, extensive and radical changes are needed. These changes will have to be implemented locally, regionally, nationally and globally. Climate justice should be the

Therefore, the delegates of the Budapest consultation on “Poverty, Wealth and Ecology in Europe” call upon the Conference of European Churches (CEC) and its organs and member churches to address the European governments and parliaments, both inside and outside the European Union (EU), as well as the institutions of the EU on the following urgent issues:

• Climate justice, and therefore both social and ecological values, should be a central goal of policy-making. In industrialised countries economic growth should no longer be seen as an aim in itself.

• European countries and the EU should politically and financially support green growth in developing countries in order to allow for the development of renewable energy.

• Tax systems must be reformed in order to be at the service of just, participatory and sustainable societies and communities, as well as to promote justice on the global scale.

• Financial transaction tax must be implemented, if necessary starting unilaterally in the EU.

• Prices on goods and services should reflect true social and ecological costs and benefits.

• Coal-fired power stations and nuclear power stations should be replaced by renewable energy as soon as possible, richer European countries should support poorer ones in so doing.

• A redistribution of wealth and income as a key element of environmentally sustainable societies is necessary.

• The redistribution of wealth and sharing of technology between rich countries and poor countries affected by climate change are crucial elements of climate justice and have to go along with additional support for climate change mitigation and adaptation.

• The EU should commit itself to more ambitious greenhouse gas emission reduction targets regardless of policies of other large economies.

• The market sphere needs to be informed and limited by the public sphere and the real “core economy” – namely our ability to care, teach, learn, empathise and live in solidarity.

• Democracy should be strengthened so that long term perspectives shape political decisions and people affected by decisions have a say. Economies based on renewable energy entail the development of new employment opportunities. This also requires education that enables people to participate and contribute in this emerging society.

• People living in poverty and social exclusion, including marginalised migrants, shall participate in the definition, design and implementation of all measures which affect them according to the principle “Nothing about us without us is for us”.

The Great Transition will not be easy. But it is possible. We can take first steps. We have the technologies, we have the knowledge, we have the resources required. We only need the will to do what we should do.

In addressing poverty, wealth and ecology, we should build on the Church’s mission in society and act in harmony with creation. We are committed to carry out this work with other people of faith and together with all who share this aspiration. Working towards the spiritual and moral renewal of society, Christians are meant to be the salt of the earth, the light of the world (Mt 5,13-14). They are sent to bring peace, understanding, and hence social justice, since all creation belongs to God.

Jesus says: “What you did to one of the least of these, who belong to me, you did for me” (Matthew 25,40) and he asks us: “In everything do to others as you would have them do to you; for this is the law and the prophets.”(Matthew 7,12)

This should be the fundamental motive and measure of the relationship of Christians to solving the issues of injustice and poverty.

Human beings and the entire creation live with the consequences of sin. Created in the image of God, as human beings we are called to reflect the liberty and generosity of God. Our salvation also is the restoration of a broken relationship with this whole created order. Through the death and power of the resurrection, Jesus Christ has overcome the powers of death and has become our hope. Therefore the Church is called to be a sign of hope to

this world. The way of recovery lies in repentance and “synergeia” with Jesus Christ concerning the renewal of human society. The churches have to provide a witness of Christ’s Truth and to work on spiritual rebirth of the human being. Self restraint and simplicity, ascesis, are essential in order to be conformed to the way of Jesus.

Churches in their different contexts have common but differentiated responsibilities. They need global ecumenical dialogue in order to define these responsibilities and to strengthen each other in living it out.

The communion within the global ecumenical movement helps churches to discover the signs of hope. This we experienced through the promising outcomes of the first stage of the direct dialogue of the Conference of European Churches (CEC) and the Latin American Council of Churches (CLAI) on threats and challenges of globalisation.

The global ecumenical movement helps churches to understand to what extent their work and witness for climate justice is a matter of faith.

There are encouraging examples of European churches already making many efforts in order to contribute towards climate justice. But there is still a long way to go.

Therefore we, the delegates of the Budapest consultation on “Poverty, Wealth and Ecology in Europe”, call upon European churches and on European church-related and diaconal organisations to:

• be prepared to use their influence and positions to take a firm stand and to take a risk where necessary when it comes to conflicts following God’s preferential option for the poor.

• make use of the WCC statement on Eco-Justice and Ecological Debt in their approach to governments and in their relationship with official institutions, companies and church members.

• acknowledge the close link between the fight against poverty and the struggle for climate justice in their strategic and practical approaches.

• contribute to the necessary financial and personnel resources to the World Council of Churches (WCC) so that it can take a lead in the global fight for climate justice. This needs to be developed in close cooperation and coordination of the WCC with Regional Ecumenical Organisations and in Europe with CEC. Direct links between churches from different continents and regional ecumenical organisations have to be strengthened and more structured.

• to fully support the call of the General Council of the World Communion of Reformed Churches (WCRC) 2010 in Grand Rapids, “in co-operation with WCC and other ecumenical bodies, networks and organisations to prepare a global ecumenical conference to propose the framework and criteria for a new international financial and economic architecture that is based on the principles of economic, social and climate justice”.

• be pioneers and examples on the way to sufficiency by implementing practical programmes on reducing CO2 emissions, e.g. environmental certificates for parishes, increasing the knowledge and solidarity as well as exemplifying different sets of values and fulfillment as alternatives to consumerism and striving for life according to the “principle of enough”.

Finally, the delegates of the Budapest consultation on “Poverty, Wealth and Ecology in Europe” call upon the World Council of Churches:

• to put climate justice and poverty eradication and the relationship between the two as a priority on the agenda of its 10th General Assembly in South Korea in 2013.

“It is true that there is a silly, cowardly kind of optimism, which we must condemn. But the optimism that is the will for the future should never be despised,even if it is proved wrong a hundred times”.

“For surely I know the plans I have for you, says the Lord, plans of peace and not of suffering, to give you a future and a hope”. (Jeremiah 29:11)