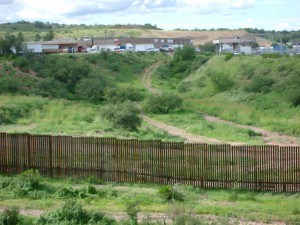 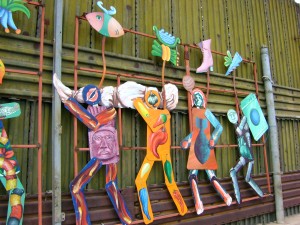 A nonpartisan study on illegal immigrants in the United States came out Wednesday. Here is the gist: Unauthorized immigration peaked three years ago, and is sharply receding. It is declining all over, but especially in housing-bust states like Florida, Nevada and Virginia.

Harsher enforcement probably has something to do with it. But so does the Great Recession, and while the total population of illegal immigrants has fallen somewhat, to about 11 million, there is no exodus. They are not flooding in as much, but they are not flooding out.

These striking findings, from the Pew Hispanic Center, suggest that it is probably time to focus on assimilating the people who are here and show no signs of leaving. It also argues for fixing immigration, so that when the economy roars to life again, we will be ready to handle a new influx that is lawful, orderly and above-ground.

But first we would have to get over our fixation on the southern border, a hard thing to expect at a time when anxieties there have erupted into a raging panic that gladdens the hearts of politicians on the right.

This is the year that Congress passed in a flash a $600 million border-security bill, which President Obama immediately signed. The homeland security secretary just announced that Predator drones, our eyes in the sky above Afghanistan, were guarding the line from San Diego to Brownsville, too.

It isn’t just the feds. Gov. Jan Brewer of Arizona signed the country’s harshest anti-immigrant bill and went to the White House to lecture the president about border control. She raised the emotional pitch with lurid stories of beheadings in the desert. Her fellow Arizona politicians said the next step was to rewrite state laws and the Constitution to keep pregnant aliens from coming over to spawn terrorist babies on our soil. Senator John McCain won a tough primary by creating yet another new, tougher version of himself, who promised to complete the danged fence.

These Arizonans are selling a vision of border chaos and violence disconnected from reality. If it is about drug wars, someone tell the mayors and the sheriffs of border cities, where violent crime is down. Some of America’s safest cities are in border states. Desert decapitators are a myth, unless Governor Brewer, who ducked questions about them last week, has evidence she is not sharing.

The border crackdown has been therapy for a nation spooked. But for solving the real problems of immigration, not so much. The terror babies are a fiction, but millions of unauthorized workers are not. At some point the economy will recover. The demand for immigrant labor will heat up, and illegal crossings will rise. Companies will go begging for legal workers. The drones and the boots and the fences will deter many new migrants, but not all. Eleven million people will still be living and working outside the law.

And the country will learn that it spent billions at the border to solve a problem a sealed border won’t fix.