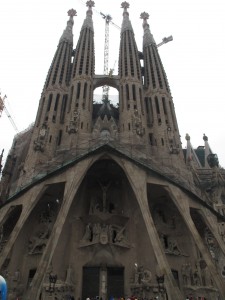 I had the enormous privilege to spend a week in Barcelona. The most precious thing I saw there was Antoni Gaudi’s church La Sagrada Familia/Sacred Family Church.  The construction of this church started in 1882 it is still on the works. The sanctuary is filled with construction workers and machines and trucks doing the work of building the church. The work entails perseverance, resources and attention to an immensity of details. The plasticity of Gaudi’s architecture is a wonder! Next to the church, there is still the school that was built for the children of the workers. The church’s architecture is so rich. On one of the entrances a fascinating and very complicated Christological treatise, combining the history of Jesus with ancient symbols and influences from the Catalan culture. 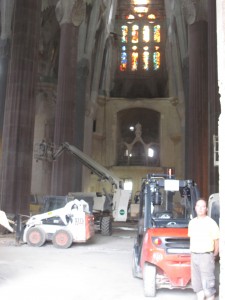 After 125 years, the construction of the church is still there, depending on people’s offering to have its process to continue. Gaudí himself said: “The expiatory church of La Sagrada Família is made by the people and is mirrored in them. It is a work that is in the hands of God and the will of the people.” 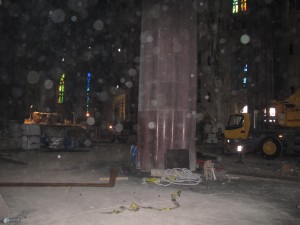 If I am not wrong, the church is supposed to have 18 major towers and so far they have 6, so there is a long way to go.  Gaudi himself didn’t seem to be bothered by the long time of construction. According to a story told there at the church, once a man asked Gaudi when the church would be finally finished and he said something like “I don’t know and I don’t mind. My boss is not in a hurry.” 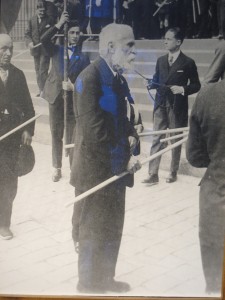 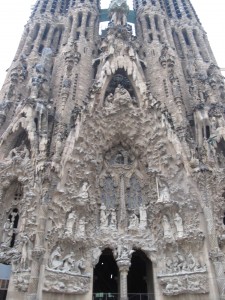 The long and seemly unending construction work at La Sagrada Familia seems for me like a metaphor of our unending work on the church of Jesus Christ, a church that needs constant work of restoration and to be constantly reformed. As we work on this church and consequently on the world we live in, we see the healing aspects of the body of Christ in the world, the testimony of God’s love to the world, the beauty of God’s richness to us all, and the promises of the kin-dom of God always already becoming a house of God for the world. (see more pictures on the photo gallery) 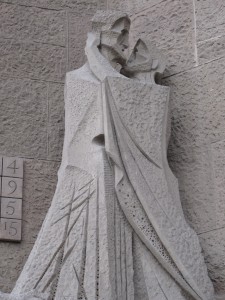