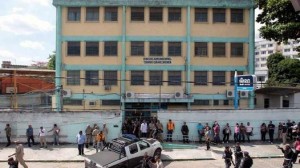 RIO DE JANEIRO (AP) — A gunman opened fire at an elementary school in Rio de Janeiro on Thursday and at least 13 people were killed, including the shooter.

It was not clear whether the gunman, who is believed to be a former student at the school, shot himself or was killed by police.

At least 20 people, including children, were wounded in the shooting at the school for students aged 10 to 15, fire department spokesman Evandro Bezerra told the Globo television network.