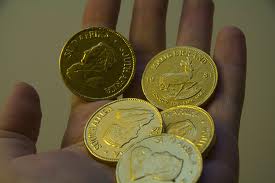 Our capitalist economic structure in the 21st century has become the means by which a new color and ethnic line has been drawn.

The vast majority of the poor – those locked out of the economic benefits this country has to offer – are and will be persons of color.

Even though past generations of Latinas and Latinos bought into the American Dream, the economic structures have been, and continue to be, constructed to maintain their disenfranchisement.

Based on the 2000 U.S. census, Latinos and Latinas comprised 12.5 percent of the population, of which 43 percent lived in majority Hispanic neighborhoods.

The economic link to spatial segregation cannot go unnoticed. As Hispanic immigration has increased in the last 30 to 40 years, there has been a 32 percent residential separation of high-income Americans from all other Americans – further draining Latinos and Latinas and other neighborhoods of capital and investment.

Additionally, these homes that have been occupied by Hispanics were sorely inadequate.

In 2003, almost 10 percent of all Hispanic households – compared to 4 percent of non-Hispanic white households – dwell in moderate or severely inadequate housing (dwellings that lack a complete kitchen, plumbing or electricity and/or have rodent activity).

And yet, according to a 2005 report by the Bureau of Labor Statistics, Hispanics paid a higher price for shelter (about 33 percent of their pretax income in 2003, compared to 26 percent by non-Hispanics).

For Latinos and Latinas, it really didn’t matter whether conservative John McCain or liberal Barack Obama won the 2008 presidential election.

During the presidential campaign, both ignored that the gap between the rich and poor more than doubled between 1980 and 2005 as the U.S. experienced the greatest growth in wage inequality in the Western world.

Both candidates instead focused their rhetoric on the middle-class, thus ignoring the poor, which disproportionally are of color. Neither would seriously deal with the undemocratic distribution of wealth, resources and privileges.

Our economic apartheid becomes evident when we consider the data released by the Internal Revenue Service, which shows that the share of U.S. income in 2005 that went to the top 1 percent of Americans (average income of $1.1 million a year) was the largest share (21.8 percent) since the eve of the Great Depression of 1929 (the peak was hit in 1928 when the top 1 percent reported 23.9 percent of all income).

As of 2005, the top 300,000 Americans collectively enjoy as much of the nation’s income as does the bottom 150 million Americans.

That’s 440 times as much as the average person in the bottom half, a near doubling of the 1980 gap.

Not since the years of robber barons has this nation seen such an intense concentration of wealth in the hands of so few individuals.

The rich are getting richer and the poor are getting poorer, thanks mainly to massive tax cuts to the wealthiest of Americans, implemented by the Reagan Revolution.

It should not be a surprise that those disenfranchised, those who suffered the most in the transfer of wealth from the poor to the rich, are disproportionately of color, especially Hispanics.

For the U.S. economy to function efficiently, an industrial “reserve army” of laborers must always exist. This is a racialized, “reserve army” disproportionately comprised of Latinas and Latinos.

Within the U.S. labor force, Hispanics are overrepresented in low-wage jobs with low requirements for education and experience.

Using Toussaint-Comeau’s socioeconomic index score, which measures wages and human capital requirements (i.e., education), more than half of the Latino workforce is employed in the eight major occupation groups with the lowest socio-economic index scores.

No matter how one chooses to quantitatively measure who’s disenfranchised and dispossessed, every academic research study points to racial and ethnic inequalities.

Those who are most removed from the “white ideal” disproportionately occupy the most menial jobs and live in the most economically deprived neighborhoods.

Nevertheless, this economic reality faced by Hispanics must continue because Park Avenue profits from the surplus extracted from Spanish Harlem while the households and businesses of Los Angeles thrive by utilizing “illegal immigrants.”

The luxury houses of the exclusive, gated “vanilla” suburbs are established at considerable cost.

Their privileged space protects them from the menace of the “chocolate” urban centers, while drawing upon this marginalized space for cheap labor and economic exploitation.

In addition to this economic dependency, the reserve army of the underclass is systematically barred from economic opportunities that would significantly raise its status. Both exclusion and exploitation contribute to the conditions prevalent in this nation’s barrios.

The defenders of neoliberalism insist that the economic privilege they share, thanks in part to tax cuts to the top echelons of wealthiest Americans, will “trickle down” to the masses. After all, “a rising tide lifts all boats.”

And while such slogans are usually associated with the political “right,” members of the traditional left provide no better alternatives.

Liberals may express, with teary-eyes, guilt over the plight of the marginalized, but all too often it is done from the comfort of financial and socio-political security, unaware of their own complicity with oppressive social structures, while arrogantly professing to understand the disenfranchised social location.

Miguel A. De La Torre is professor of social ethics at Iliff School of Theology in Denver.