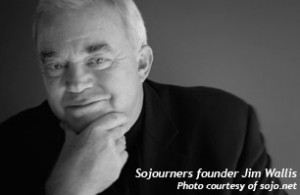 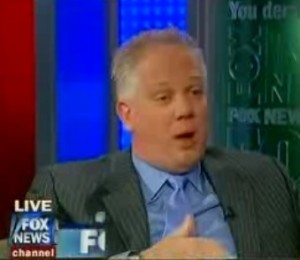 I think we got off on the wrong foot. I listened to your speech last Saturday and heard a lot of things that we agree on. In fact, I have used some of the same language of our need to turn to God, and the values of “faith, hope, and charity” (love). What I would like to find out, and others would too, is what you mean by that language. Until last weekend, you have consistently described yourself primarily as an entertainer, and the public has known you as a talk show host. But last Saturday, you sounded more like an evangelist or revivalist on the steps of the Lincoln Memorial. I know we disagree significantly on many issues of public policy, but you said that people can disagree on politics and still agree on basic values and try to come together. Maybe we should test that. Instead of my being up on your blackboard and a regular target of your show’s rhetoric, why don’t we finally have thatcivil dialogue I invited you to months ago? Your speech on the Mall suggested and even promised a change of heart on your part, so why don’t we talk? Here are a few things I think we could talk about.

First, I’ve been asked by people in the media if it matters that you are a Mormon. I unequivocally answer, no, it does not. We don’t want more anti-Mormon bigotry any more than we want the anti-Muslim bigotry now rising up across the country. By the way, you should speak to that (against it). On Saturday you talked about the fact that our nation has some scars in our past. I think one of those scars is the historical persecution and bigotry that many Mormons have faced, as well as Catholics, Jews, and Muslims. But, as you said, instead of dwelling on the bad things of the past, we need to learn from them and look to the future. The best way to do that is to make sure we all stand for religious liberty and tolerance, and are careful not to denigrate anybody else’s faith tradition, experience, or language. If you are ever in need of an evangelical Christian to speak out against anti-Mormon sentiment directed at you or others, I am here to help.

In an interview the day after your rally you said that you would like to “amend” your statement in which you accused President Obama of being a racist and said he had a deep hatred in his heart for white people. I commend you for that. But a simple and straightforward apology would have been better. All of us say things we shouldn’t sometimes, but you have consistentlymischaracterized the President’s faith. You also said in that interview that you would like to have a conversation about it. I’d like to do that.

I also think it would be a good thing to stop attacking people and churches you label as “social justice Christians,” not just because I’m tired of being on your blackboard, but because I think you genuinely don’t understand the concept and how central it is to biblical faith, and how essential to the whole gospel. I am sure there are those who have misused the term, just as there are those who will co-opt any good label that exists. If “social justice” were truly code for Communism or Marxism or Nazism, as you have suggested, I would be right beside you in condemning it.

In his opening sermon at Nazareth, Jesus gave his own mission statement when he declared, “The Spirit of the Lord is upon me, because he has anointed me to bring good news to the poor, he has sent me to proclaim release to the captives and recovery of sight to the blind, to let the oppressed go free, to proclaim the year of the Lord’s favor.” Those were his very words, Glenn, including the stuff about releasing captives and freeing the oppressed—language you have been pretty critical of. In fact, the end of Jesus’ famous sermon in Luke 4, about proclaiming “the year of the Lord’s favor,” was a direct reference, according to most biblical scholars, to the “year of Jubilee” in the Hebrew scriptures, which called for a periodic freeing of slaves, cancelling of debts, and returning land to original owners. It was written into the Torah as legal code and not just left up to individual charity. It was about “social justice” and even “redistribution” — two of the least popular words on your show. You regularly criticize other people’s “versions” of Christianity. How about Jesus’ version of Christianity?

I thought you might be changing your own mind a bit when I heard you lifting up the legacy of Dr. Martin Luther King Jr. and associating yourself with him on the 47th anniversary of his eloquent “I Have a Dream” speech, given from the very place you stood on Saturday. I was encouraged by that because Dr. King was the archetypal social justice Christian and the primary teacher for many of us on the social implications of biblical faith. His personal faith led him to fight for racial and economic justice — social justice. I hope you read many of his words before you spoke on the anniversary of his great speech, because we can’t claim the mantle of King without also embracing his message. You seemed to affirm King’s assertion that racism was not simply a private moral issue but one that required response through federal action and legislation. I’d like to talk with you about the rest of King’s dream. If King was right about racism, could he have also been right about poverty and war? I didn’t hear much about King’s words on either of those issues in your speech on Saturday.

And let’s talk about salvation. You have emphasized that you believe strongly in personal salvation, as opposed to “collective salvation.” As an evangelical Christian, I also believe deeply in personal salvation — it is the foundation of my faith. But we need to ask ourselves, what are we saved for? Is salvation just about getting a pass into heaven? Is it just for us? Or is it also for the world, and being a part of God’s work and purposes in the world today? When I read a passage like Matthew 25 or Amos 5, I believe it’s clear that God won’t hear my prayers if I don’t care for the least of these, or I refuse justice to those in need. You spoke about charity at your rally on Saturday. Throughout the Old Testament it is clear that God requires compassion and charity from individuals, but God also requires justice from society. We agree that personal charity is important, but the God of the Bible is also a God of justice. His prophets regularly challenged the priorities, policies, and behavior of kings, rulers, employers, judges, and any leaders (including religious ones) who practiced injustice and robbed the poor of their dignity and rights. The leaders of his day were so upset with Jesus’ challenge to their status quo that they killed him. Would they have been so threatened if Jesus was just asking people to be better persons and volunteer more often? Jesus announced the kingdom of God, which would change everything — personally, spiritually, socially, economically, and even politically — not with a new government or program, but with a new way of living that included both love and justice.

Before, I thought you were just another cable news talk show host. But now, you are using the language of a spiritual and even a religious leader. You acted as though you now want people to look to you for that kind of spiritual leadership. But to invoke the name of God and the vocation of a spiritual leader has consequences. It brings with it a whole new level of responsibility and accountability. It will require a more civil and even humble tone than you are used to. It will likely mean saying some different things and, certainly, saying many things differently than you have in the past. Pundits and talk show hosts say things that divide, create conflict, and get good ratings. They appeal more to fear than to hope. But spiritual leaders try to avoid vitriol and bombastic language, and to rather seek to find common ground and bring people together to find real solutions to real problems. So let’s talk about that too.

You said your rally day was the start of the nation turning to God. Many people in this country have already done that and, in fact, try to do it every day. But maybe it was the start of Glenn Beck becoming a different kind of public voice than you have been before. I hope so. And one good way to demonstrate that is to agree to an honest and civil conversation with somebody you have often attacked. How about it, Glenn?