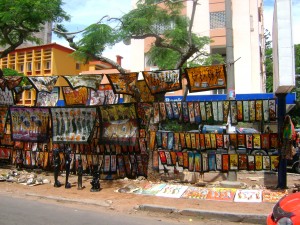 After the sub-regional theological consultations which chose the leadership of theological associations, the Advisory Committee met on 17-18 November 2010 in Nairobi and among other important things, issued the following communique which the African Christian Pulse is glad to share with you. The AACC Theology Department Advisory committee met in Nairobi at the All Africa Conference of Churches (AACC) Head Quarters from 17th – 18th November, 2010.

The committee was fully constituted having received representatives from the regional associations who had been duly elected by the Associations in the various consultations held during the course of the year. Other members are Ecumenical Disability Advocates Network(EDAN), All Africa Association of Theological Education by Extension (AATEEA), Program for Christian Muslim Relations in Africa (PROCMURA), Circle of Concerned African Women Theologians, Organisation of African instituted Churches (OAIC), Association of Evangelicals in Africa (AEA) and Catholic University. Other members were co-opted by AACC

Prof. Maake Masango was elected as Chairperson and Prof. Priscilla Djomhoue as vice Chairperson. Dr. Tharcisse Gatwa is to serve as secretary

The associations expressed gratitude to the General Secretary, the Theological Department and the entire AACC for having taken the initiative to support the process of revitalizing the associations by facilitating the consultations in each sub- region.

The following decisions were made;

1. The formation of the All Africa Academy of Theology and Religious studies to serve as a forum for theological reflection.

2. The establishment of a theological education fund for Africa to be resourced by 60% Africa sources and 40% from funding partners abroad.

3. The Publication of the Theological Handbook for Africa.

We call on the Churches and Theological Institutions to commit to the process and forward names of scholars who can contribute to the handbook. We also call for commitment to move from the dependency syndrome by intensifying resource mobilization within Africa and also employing cost saving measures e.g. requesting churches to host conferences and extend hospitality to those coming from outside the host country.

We thank God for inspiring us to engage in this process and pray that God will grant us insight to move it forward. We

Thank the Association of Protestant Churches and Missions in Germany (EMW) for their particular role in this process, and the other ecumenical partners for their support.

One thought on “All African Council of Churches Theological Advisory Committee”