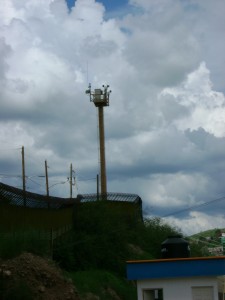 An immigration bill has been passed in the Kentucky Senate.  In the coming weeks, it will be considered by the KY House of Representatives. Time is of the essence. This legislation, SB6, has been compared to the Arizona law that is currently being challenged in federal court.

Legislation, like SB6*, will foster an environment where people are evaluated based on their appearance and be subject to increased scrutiny.  If passed, this legislation would put at risk our church leaders, members, and those in our communities.  SB6 presents challenges to creating a worshipping community because it:

The U.S. immigration policy is broken and in need of reform.  However, this is the work of the federal government, not state governments.  SB6 presents additional challenges to our state because it:

If this is not the kind of community you want to live in, contact your state representative and urge them to oppose the senate’s immigration bill, SB6.  Visit the following website to see who represents you and get contact information.   http://www.congress.org/congressorg/officials/congress/?district=03&lvl=C&azip=40205&state=KY

Calling your representatives is quick and easy.  Below is a sample script.  The person on the phone will ask for your name and address.  You then leave a message that will be passed on to your senator.  A sample script is below.

Hello.  This is ________ and I was calling to leave a message for Representative _________.  Would you please tell him/her that I am opposed to the Senate’s immigration bill, SB6.  This legislation opposes the values I hold dear and puts my family and friends at risk.  It will place an unnecessary

burden my local police department and have a negative impact on my community.

Please urge him/her to oppose this legislation.  Thank you.

*To view a copy of the proposed legislation, visit http://www.lrc.ky.gov/record/11rs/sb6.htm, and click on SB6.